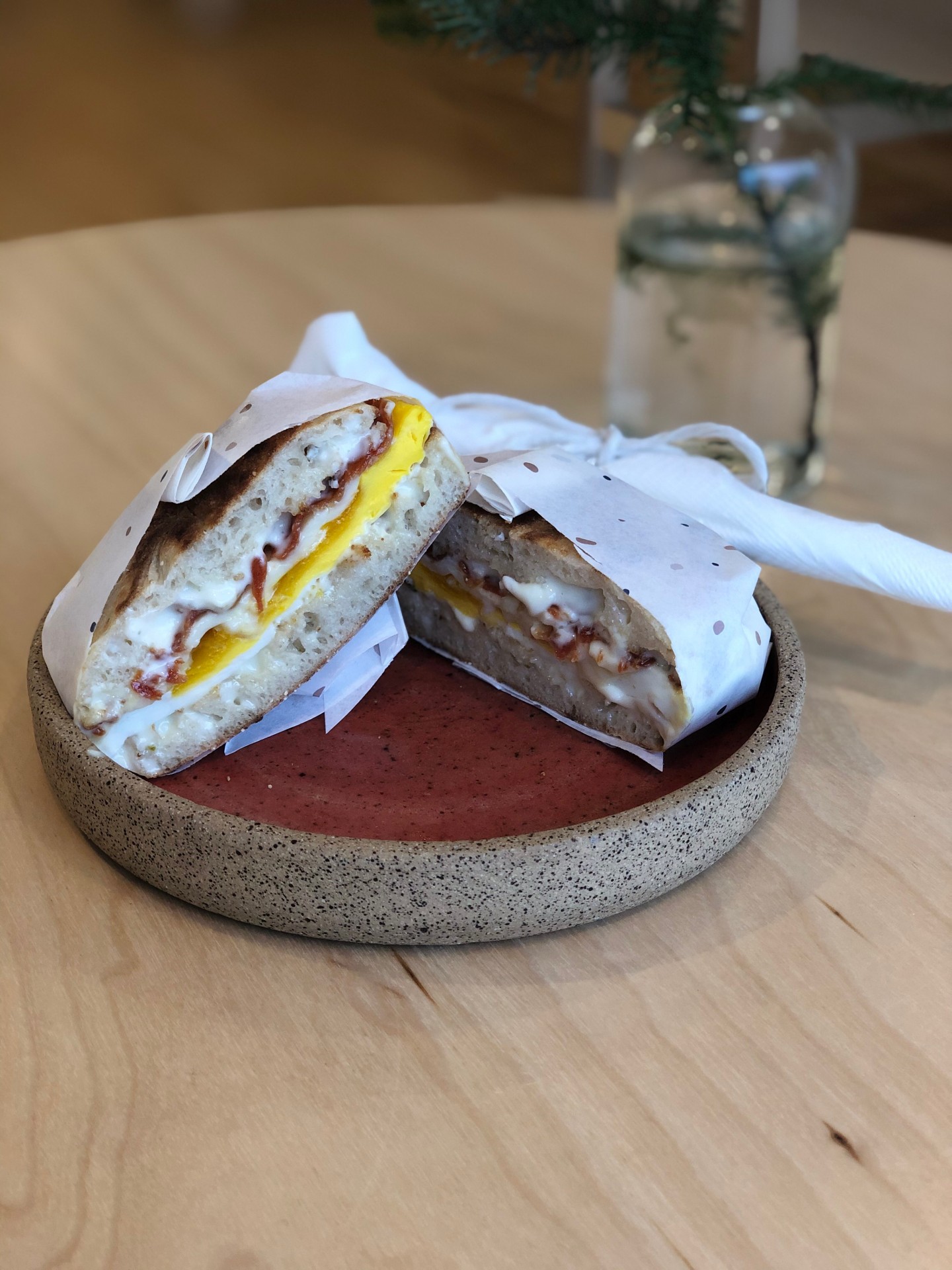 We’ve all heard about the meteoric rise in popularity brunch has seen over the last decade. This still holds true today, but one morning meal in particular has seen a come-up all its own: the breakfast sandwich.

This isn’t to say breakfast sandwiches haven’t always been a go-to way to start the day for many of us, but their recent trendiness in the Columbus food scene and beyond can’t be denied. And for good reason: These almost endlessly-customizable sandwiches feature everything we love from the breakfast table jam-packed into one item.

And while the list that we’ve curated is by no means comprehensive–since there are just so many good options in the city that including each one wasn’t possible–we think it’s a great place to start. So start your day off right, and check out our favorite breakfast sandwiches in Columbus.

While Emmett’s Cafe just opened this past October, that fact hasn’t stopped them from slinging some of the most lauded breakfast sandwiches in the city. The eclectic eatery offers several sandwiches with clean flavor profiles and fresh ingredients, but our favorite is the One-Handed. Crafted as a spruced-up “homage to the classic McDonalds Egg McMuffin,” according to general manager Josiah Liittrell, this budget-friendly sandwich features an egg over hard on a toasted English muffin paired with melted white American cheese, crispy prosciutto, and housemade rosemary aioli. Our sources also confirm it can be eaten with one hand.

There’s just something that feels right about a breakfast sandwich served on a bagel, and the best place to grab one of these is at the Lox in Short North. While its namesake sandwich (which highlights lox, capers, onions, and cucumbers) is our favorite and a nice change of pace from more common breakfast sandwich preparations, the Egg & Cheese ($8) is also worth every penny, and both are served on your choice of homemade bagel.

While the DK in the name of this longtime Grandview breakfast spot stands for “Donut Kitchen,” don’t get it twisted: they also make some of the most sought-after breakfast sandwiches in the city. The diner has several options on their menu, but our favorite is the Gladdington. Named for the section of Grandview DK is located in (called Gladdington Heights), this sandwich features two scrambled eggs, cheddar cheese, caramelized onions, bacon, and Sriracha mayo on a rich, buttered brioche bun.

We did our research for this story, and while every sandwich on the list had a number of Columbus supporters, the Egg Sandwich from Fox in the Snow was the most popular choice. Balancing approachable simplicity with gourmet flair, this one serves souffled egg, candied bacon, swiss cheese, arugula, and a hearty dijon cream cheese on a toasted ciabatta bun.

This expert take on a traditional French breakfast sandwich is a nice change of pace for our list, and you can grab one at any of three La Chatelaine locations. The Croque Madame adds ham and swiss to homemade brioche bread, which is then baked with Béchamel sauce (plus more swiss) with an over-easy egg added on top of everything. You can also go for the bakery’s delicious Croque-Monsieur ($8.25) by removing the egg. Either one is bound to elicit a “oui oui”.

Run and hide, light breakfast options. Katalina’s accurately-named whopper of a sandwich isn’t only massive in size though, it brings huge flavors as well. Blurring the line between breakfast sandwich and all-in-one lunch or dinner, this award-winner packs in slow-roasted pork (with Katalina’s secret sauce), fried eggs, Ohio Amish provolone, avocado, roasted red pepper, and aioli between two equally-large slices of toasted, old world bread. Vegetarians can enjoy as well by subbing out pork for the eatery’s veggie sausage.

That’s the skinny on sammies, Columbus. Did we forget your favorite? Share it in the comments below.