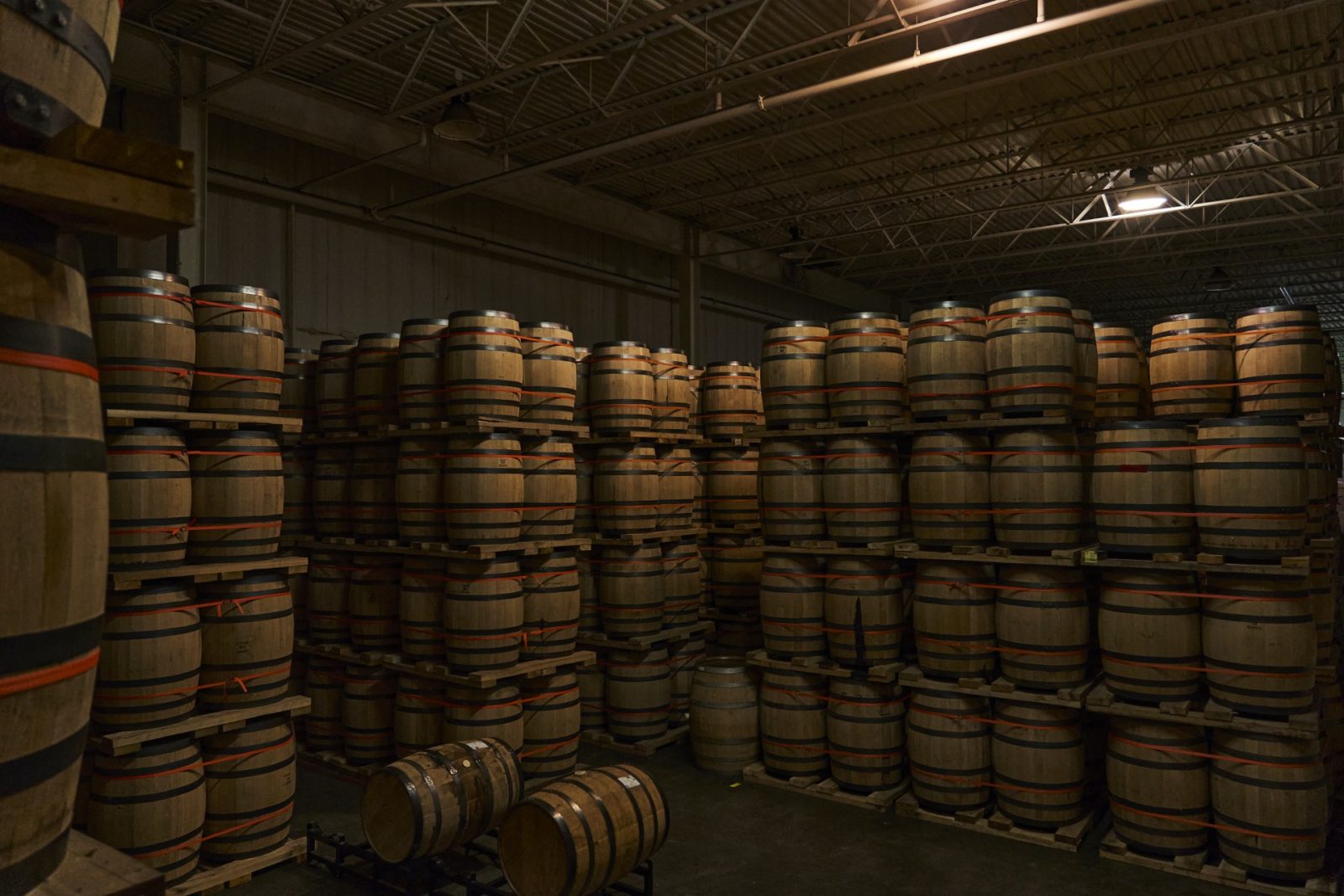 No arena for Franklin County voters

Watershed Distillery is celebrating 10 years in the liquor business this month with the release of its most mature spirit to date.

Co-founder Greg Lehman said he was hoping to throw a big party to celebrate a decade of distilling, but COVID-19 has thrown a wrench in that plan. Instead, Watershed will be hosting a coronavirus-friendly drive-through festival Sept. 19, where customers can pick up the Watershed Barrel Strength Bourbon. The whiskey has been aged for six years and finished in the distillery’s apple brandy barrels, then bottled without diluting at a powerful 119.3 proof.

“The finish on it is amazing,” said Lehman. “You get some really nice warm baking spices, some dark fruit and caramel flavors coming through. And when you smell it and even on the very finish, you get some of that red apple coming from the apple brandy side of it. So it’s really a delicious product.”

Much like its bourbon, Watershed has only gained complexity and flavor with age.

When Watershed was founded in 2010, it was just two guys and a shoestring budget. Neither founder Dave Rigo nor Greg Lehman had a background in distilling, but Lehman said they were determined to make something great. The business kept a low profile at first as they produced vodka and their flagship Four Peel Gin, adding aged gin and bourbon after a few years. Once they decided to expand, Lehman said things grew quickly.

“We were putting off hiring people because I think we were just scared,” he said. “But as soon as we did it, we realized, ‘Oh, man, we really need to hire more people.’”

Still, the operation was limited. The distilling industry in Ohio was small and unrepresented. Lehman said he knew of just three other distilleries in the state when Watershed began. In the early days of their business, Lehman said restrictive state liquor laws kept them from selling bottles directly. They had to file with the Division of Liquor Control anytime they wanted to give a customer even a taste.

Over the last decade, Watershed has grown up alongside the broader distilling industry in Ohio, and it has served as a driving force behind that growth. It was only after putting together a guild with other Ohio distilleries and pushing for new legislation that they were able to sell bottles out of the shop, and eventually–following a 2016 law–add a bar and restaurant to their operation.

I think we’ve really done a lot to shape the industry in Ohio for a long time,” said Lehman. “And it took a while for us to make some waves and get some laws changed before people really started jumping in in Ohio. And we’ve really seen the industry start to bloom and take off.”

Lehman is now coming to the end of his term as president of the Ohio Distiller’s Guild. He credits the hard work of John Singleton, the guild’s lobbyist, and other Ohio distillers such as Tom’s Foolery Distillery, Middle West Spirits, and Buckeye Vodka as essential to the industry’s success.

Lehman said the most valuable thing he’s learned in his time as a distiller is something that goes far beyond making good booze.

It’s a lesson that applies to more than just the staff he’s hired or the distillers he’s organized with. Lehman said he owes much of Watershed’s success to the support of the local community.

“Columbus loves supporting Columbus, and they’ve truly been amazing to us along the way, from from the very beginning to today,” he said.

The strong base of support has allowed them to grow beyond central Ohio. Watershed is now sold in Illinois, New York, Georgia, Kentucky, Michigan, and Florida.

“When I think about how long I’ve been here at Watershed, it hasn’t seemed like that long. It’s all gone so fast. And maybe that’s just because I’m getting old,” Lehman joked. “But I think the great thing is we’ve got a lot of people that love coming to work and that makes it go pretty fast.”

Watershed Barrel Strength Bourbon will be available for pick up at the distillery beginning Sept. 19. It will become available at select liquor stores throughout Ohio Sept. 21. More information can be found on the Watershed website here.