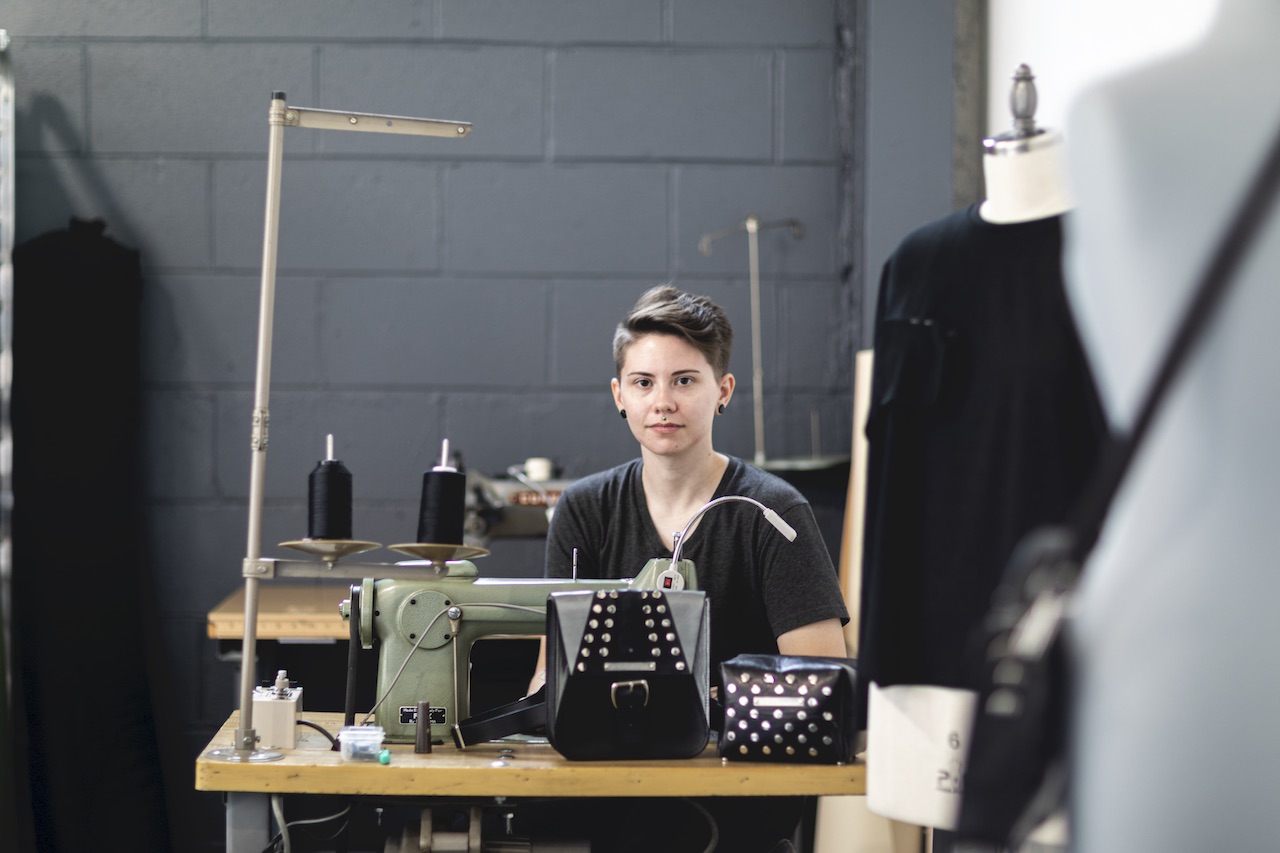 Jessica Driscoll was a fashion student at the Columbus College of Art & Design when the hankering to take an independent study on the complicated and beautiful fabric of leather took hold.

“I got the chance to explore and do stuff with leather, and it stuck,” Driscoll said of the lust for the material that grew from that independent study. “When I graduated, I wondered what I should do. I had done several fashion shows, but the leather was still there; I still wanted to do that. A couple of years ago, I decided to do something more serious.” That’s when they launched Void Atelier, a boutique leather shop that primarily focuses on bags. And just who carries them?

That attention to detail is part of Driscoll’s work ethic when creating a bag. Driscoll focuses on the details: How does one carry essential possessions? Is it a well-organized bag used daily? Or is the customer more of a free-hands, crammed-pockets type of person? How does a bag function for the customer, and how can it work better?

At Void Atelier, Driscoll makes most pieces to order and crafts everything by hand. This slow approach to fashion translates into a high-quality product, rather than a piece that only lasts a season. And leathercrafting lends itself to a particular type of problem-solving that Driscoll enjoys.

“Leather behaves similar to textiles, but it’s also so different. There is a level of engineering and problem-solving that comes with making a bag.”

Drscoll’s self-described Type A personality likely also helps in this regard. “I won’t start something until I have a plan and know what exactly I want to do,” Drsicoll said. “I design it first now digitally. I work out the initial problems that way.”

Other problems are uncovered when Driscoll gives a bag to family members or friends to try out, carry around, and live with for a while. Driscoll says that feedback is an invaluable part of the creative process.

“Sometimes people use bags in a way that I wouldn’t. For example, my mom and aunt keep all of their stuff in their purse at all times.” Although Driscoll’s mom and aunt may not be Void’s target audience, a variety of feedback lends itself to more problem-solving and better bags in the end. “If you are going to carry them everyday, I want them to work really well,” said Driscoll.
Driscoll’s work will be featured in the CCAD Winter Art Fair and Marketplace from Dec. 4-6 online (https://www.ccad.edu/experience-art/art-fair) and can also be found at voidatelier.com.