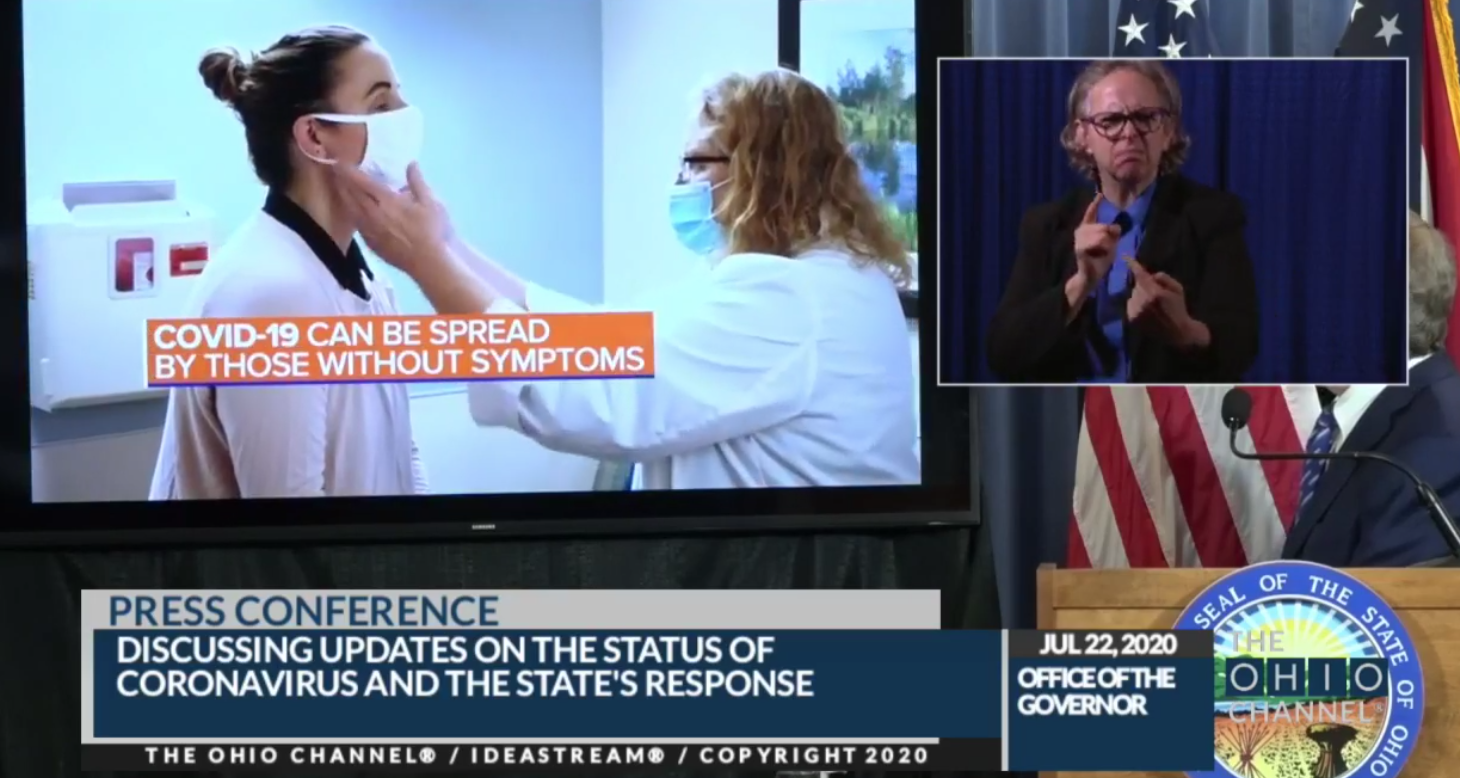 Gov. Mike DeWine has been giving weekly updates on the county-by-county COVID-19 alert map on Thursdays. One day before that announcement, Gov. DeWine made an announcement that beginning at 6 p.m. tomorrow, Ohioans in every county are going to be required to wear facial coverings.

“Last week I called on all Ohioans to wear a mask when they’re out in public,” Gov. DeWine said. “The evidence is just abundantly clear; the jury’s back, the verdict is in.”

Gov. DeWine said that he had been on the phone with 113 county health commissioners across the state gathering information on how to best implement a full state mask order.

Some of those excluded from the updated mask order include people who have a medical reason not to wear one, people who are actively eating and drinking, and those who are communicating with the hearing impaired. DeWine urged Ohioans to be non-judgmental of those not wearing masks in public.

He did mention that “more and more people are wearing masks” in red counties. He also said that although the rate of increased cases hasn’t plateaued, it has certainly slowed.

Two pro-mask public service announcements were debuted during the press conference on Wednesday.

The states on the travel advisory will be updated weekly.

Even though the alert map wasn’t updated, Gov. DeWine reported 1,527 new daily cases on Tuesday, the second-highest daily. The average number of daily cases has been 1,232.