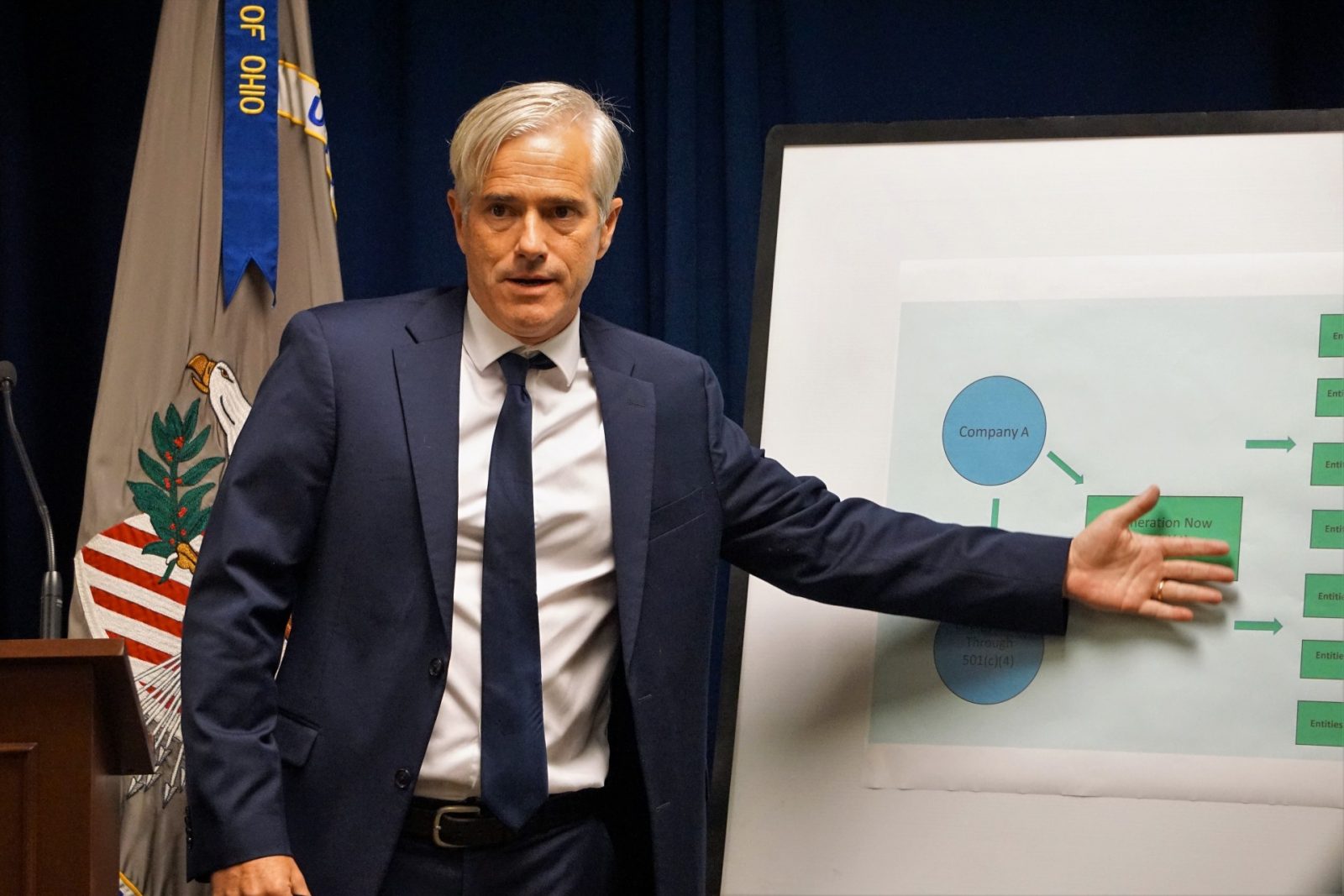 Pick up your trash, Columbus—before the city comes after you

Calling it “likely the largest bribery, money-laundering scheme ever perpetrated against the people of the state of Ohio,” United States Attorney for the Southern District of Ohio David DeVillers announced the arrest of Ohio House Speaker Larry Householder in a public corruption racketeering conspiracy case.

According to the criminal complaint, Householder and the other defendants received more than $60 million dollars in exchange for passing House Bill 6 and then later ensuring the legislation was not overturned by a ballot initiative.

House Bill 6 was a $1 billion financial rescue of the Davis-Besse and Perry nuclear plants in Ohio.

“Make no mistake, these allegations are bribery, pure and simple,” said DeVillers. “This was a quid pro quo. This was pay-to-play, and I use the term pay-to-play because that’s the term that they’ve used.”

The affidavit alleges that the money came from a power company that ran the funds through a 501(c)(4) called Generation Now. Generation Now subsequently distributed the money to the group DeVillers referred to as “Team Householder.”

Today’s arrests, however, are the result of an investigation that DeVillers’s office was keeping secret, and now that they have gone public, more individuals may be indicted.

“We’re not done with this case,” said DeVillers. “There are a lot of FBI agents knocking on a lot of doors, asking a lot of questions, serving a lot of subpoenas, executing a lot of search warrants; and that’s going to go on for days.”

Federal officials have investigated Householder before, but that investigation failed to yield any charges. After receiving an anonymous tip in 2004, the FBI spent two years looking into whether Householder took part in a kickback scheme involving some vendors doing business with the House Republican Campaign Committee.

His bank turned over records as part of that investigation, but Householder himself was never interviewed and the case was quietly dropped.