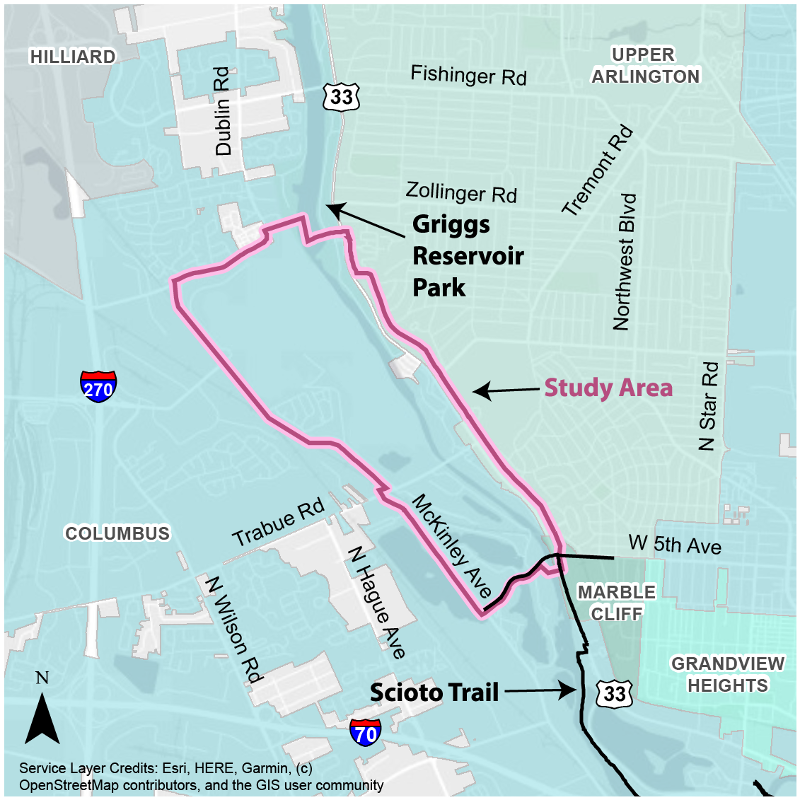 The Scioto Trail is being extended, and the city wants to hear from residents.

The City of Columbus Recreation and Parks Department is seeking comments on proposed routes for an expansion of the Scioto Trail through an online open house. The affected area extends from West Fifth Avenue, where the trail currently ends, to Griggs Park. Final comments are due Sept. 4.

Current plans for Scioto Trail construction leave a gap in the trail network, and this study is tasked with soliciting comments from residents in the area–which stretches from McKinley Avenue/Dublin Road in the west to US 33/Riverside Drive in the east. Some proposed routes run through residential areas, including Marble Cliff Crossing, as well as soon-to-be-developed areas.

At this time there is no specific date set for a final decision, as there is still no specific budget or timeline for the project. A multitude of proposed options on the CRPD website provides comparisons of cost, scenery, and safety. The site also provides a video presentation and an interactive map to illustrate the proposed routes.

Comments can be submitted on the CRPD website, via email, or via phone.