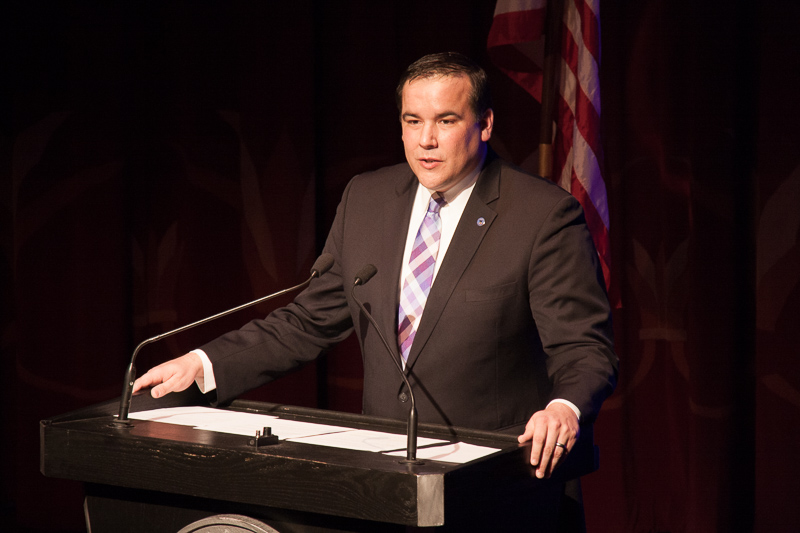 After eight shootings this weekend Mayor Andrew J. Ginther gathered with city officials at the Point of Pride building on Monday afternoon to discuss the alarming uptick in neighborhood violence and how the city is going to address it.

The eight shootings over the weekend involved 10 people. Three people all under the age of 26 were murdered in the shootings, the youngest being 15-year-old Marcus Peters.

Since June 1, five teenagers between the ages of 14 and 17 have been killed due to gun violence, while 14 others were critically injured.

“This problem belongs to each and every one of us, and we must bring all of our resources together to address what is happening in our community,” said Ginther.

Some of the suggestions that Ginther mentioned to solving gun violence issues in Columbus included finding productive opportunities for youth during this time and taking illegal guns off the streets.