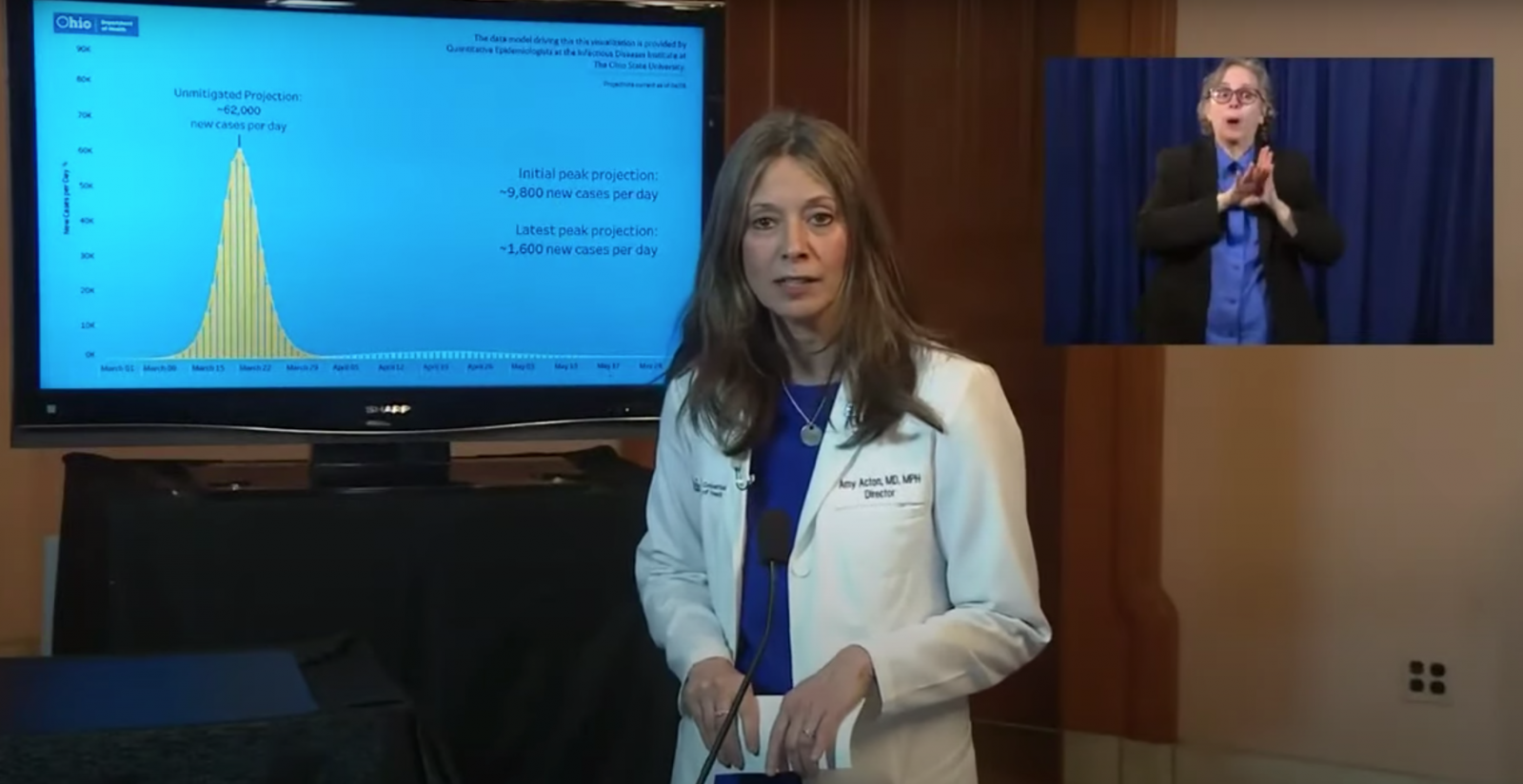 We featured her on the cover of our April issue at the height of COVID shutdowns as people throughout Central Ohio and the world noted her deft ability to navigate what was, unquestionably, difficult and choppy waters as the Director of the Ohio Department of Public Health. She was calm, poised, and confident; there was no doubt she was a champion for the good health of Ohioans, and it became perfectly clear in that moment why Gov. Mike DeWine had selected her in 2019 to lead the Buckeye State’s good health.

And then things took a turn for the worst as Ohioans, wrought with unemployment and anxiety, began pushing back on the restrictions—specifically on Acton, with protestors planting themselves in front of her home. It was all a bit much, and she stepped down from her role, staying on only to advise.

Earlier this week, DeWine announced Acton was leaving the health department for good and going back to her roots at the Columbus Foundation to lead Kind Columbus—an organization dedicated to helping those in need through small acts of kindness that vary from meeting financial needs to providing food.

A purveyor of kindness is a fitting role for the Youngstown native who was described in this cleveland.com article as “abused, neglected, and occasionally homeless,” as a child. It reports she went to Youngstown State University before paying her way through what is now Northeast Ohio Medical School. She also has a master’s degree in public health from Ohio State.

Opinions on Dr. Acton are a mixed bag and span the range of love to not-so-much, but the thing I cannot dismiss from my mind is how proud I am, as a woman, to have seen Acton in action.

It is not easy, even in 2020, for women to lead; let alone, for a woman to lead in what is the biggest health crisis in modern history—and do so with as much poise as Dr. Acton did. Oh, and it’s DR. Acton. A note I often make sure my daughter, choosing her career path now, hears loud and clear.

However, as much I applaud her in the top spot, I am disappointed in her exit. Why she’s leaving remains a mystery. There are good guesses—from fear for her safety to the stress of ongoing lawsuits, but no one can say for sure exactly why. I wish Acton would have stayed. I wish she would have fought. Hard. I wish she could have led Ohioans through the whole thing; because seeing a woman lead is vitally important. And to have the whole world watch a woman carry on from beginning to end would have been a beautiful sight.

Women can’t just make it to the top spot—they have to stay-put. They have to fight hard. They have to lead; no matter what. DeWine is still hanging in there. Even Larry Householder refused to resign amidst his scandal and had to be forced out of his role as speaker of the House.

But I do understand. As a woman, I get it. No one is in her shoes; the decision is hers alone and I respect that. So, I will tip my hat to her and wish her well. Think of her what you will; but, I do appreciate that she was in the top spot to begin with. That she saved lives with her actions. And that she did it all with a genuine care and concern for the people she was appointed to serve.

I can only hope that other women will continue to become doctors and leaders because of her example. And, perhaps, will learn from it.

Steph Greegor is the Editor-in-Chief of 614 magazine.