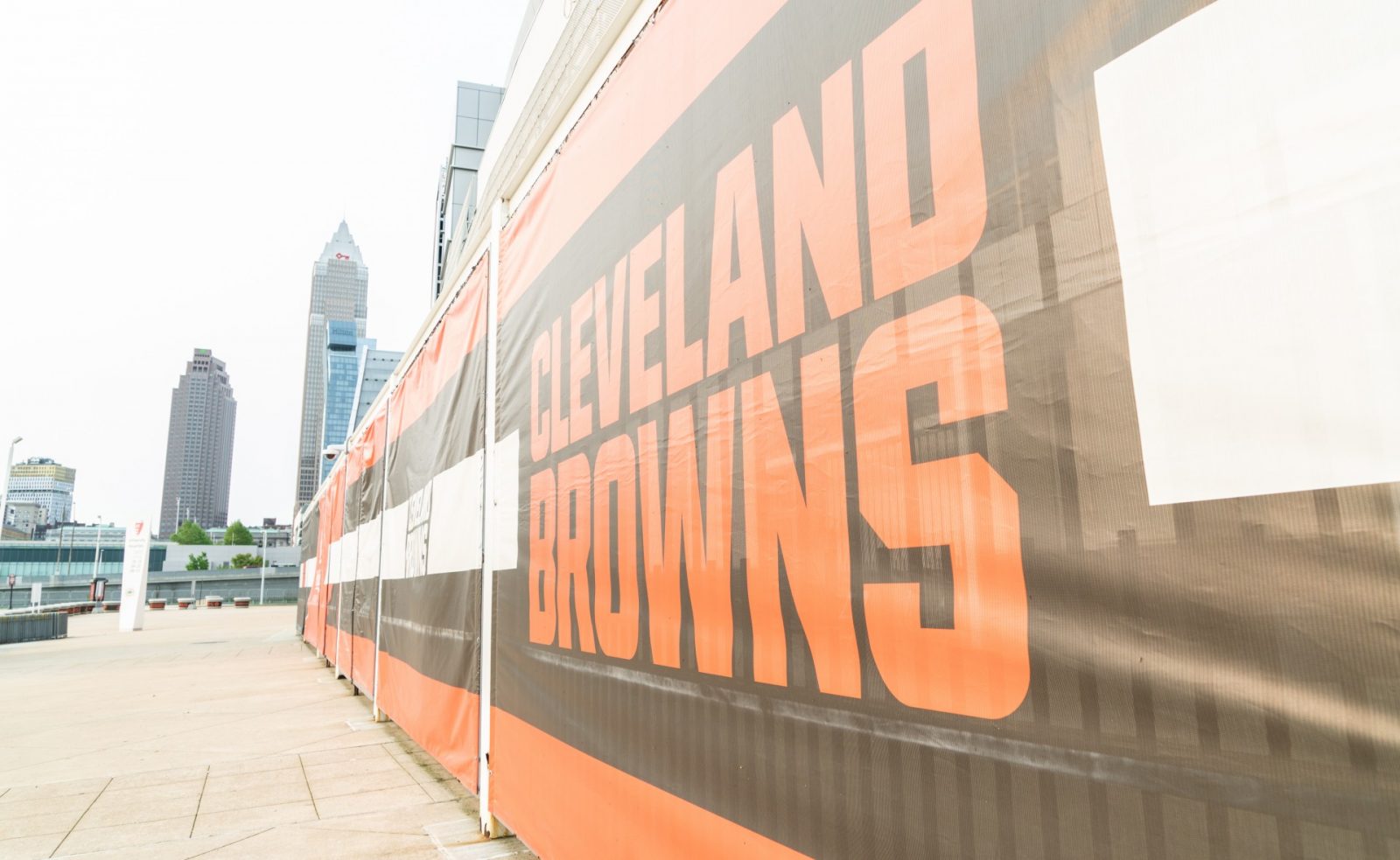 Without hyperbole, this coming Sunday could very well be the most important game the Cleveland Browns have played in nearly two decades. Since restarting football operations in 1999, the iconic franchise has managed only one playoff appearance in 2003, a wild card matchup against the Steelers that the Browns lost 36-33.

And even after losing last week to the hapless Jets, the Browns can still secure a playoff spot this year. Should they win their season finale against (guess who) the Steelers, they’re in. Considering last year’s ignominious clash with Pittsburgh and the Browns’ current playoff drought (the longest in the NFL), we can’t think of a more exciting way to end out Cleveland’s 2020 regular-season campaign.

And if you chose to catch the game somewhere, you should know about our favorite Browns-friendly spots. From gameday deals to Browns fan club memberships, these are our favorite spots in Columbus to enjoy a game with fellow members of the Dawg Pound.

This Cleveland-based brewery opened its first Columbus taproom in the fall, and lucky for you Saucy brought their Browns pride along with a full slate of great craft brews. In addition to top-notch food options like pizza, wings, sandwiches, and some of the better beers in the city, their 3rd Avenue spot features some of the most unique seating options in the city in the form of gigantic ceiling-mounted swings. They bring the Browns love as well. While no special events have been announced for Sunday’s game just yet, Saucy has hosted a number fun game day promotions in the past, such as a contest for fans to write, record, and submit their very own Browns fight songs.

What makes this Bethel Road sports bar such a fun spot to watch the Browns is the fact that it’s the official meeting place for the Northwest Columbus chapter of the Browns Backers, a worldwide network of Cleveland fans. Established in 2018 and boasting 56 official members, the club provides energy and atmosphere anywhere they go. With plenty of TVs and a solid beer selection, you’re sure to feel comfortable in orange and brown here.

Home to a handful of standout food vendors (such as Meatball Mafia, Dumplings of Fury, Two Step Tacos, and more), Center Street Market in Hilliard also houses Crooked Can Brewery, which produces some fantastic under-the-radar brews such as their flagship IPA High Stepper. The real selling point for us though—in addition to their 15 TVs—is just how COVID-friendly this spot is. Center Street Market, a collection of nearly a dozen businesses anchored by Crooked Can, is housed in a massive 7,000 square foot building. This, combined with their focus on social distance and COVID safety and three separate bars to purchase brews from, means you’re going to be about as safe as you can be while cheering on your Browns.

Similar to Halftime Tavern, Meister’s is home to the Grandview Chapter of the Browns Backers, which is 103 members strong. Ironically, even though Meister’s has established itself as a Browns game day haven in Ohio’s capital city, it’s likely best-known for something else: its pizza. While many native Columbus pizzerias such as Massey’s and Donatos offer up thin pies on a cracker-thin crust, one of Meister’s specialties is their Chicao-style deep dish pizza. These decadent pizzas feature inordinate amounts of cheese—with red sauce on top of the pie—and are the perfect gameday fuel for any member of the Dawg Pound.

Another hub for Browns Backers, Zeno’s has the look and feel of that vintage neighborhood tavern we all know and love from our past. From its corner location, to the iconic green and white-striped awning, to the hardwood floor and pool table, this Victorian Village spot has all the character you could ask for. What’s more, Zeno’s is considered a historical landmark, as it’s the former site of Shoppe Family Bakery, where the first buns for the Whist Castle Slider were produced. Add some great game day food (including brunch) and a sneaky-long beer list, and you’ve got yourself a winner. Now let’s just hope the Browns do as well.