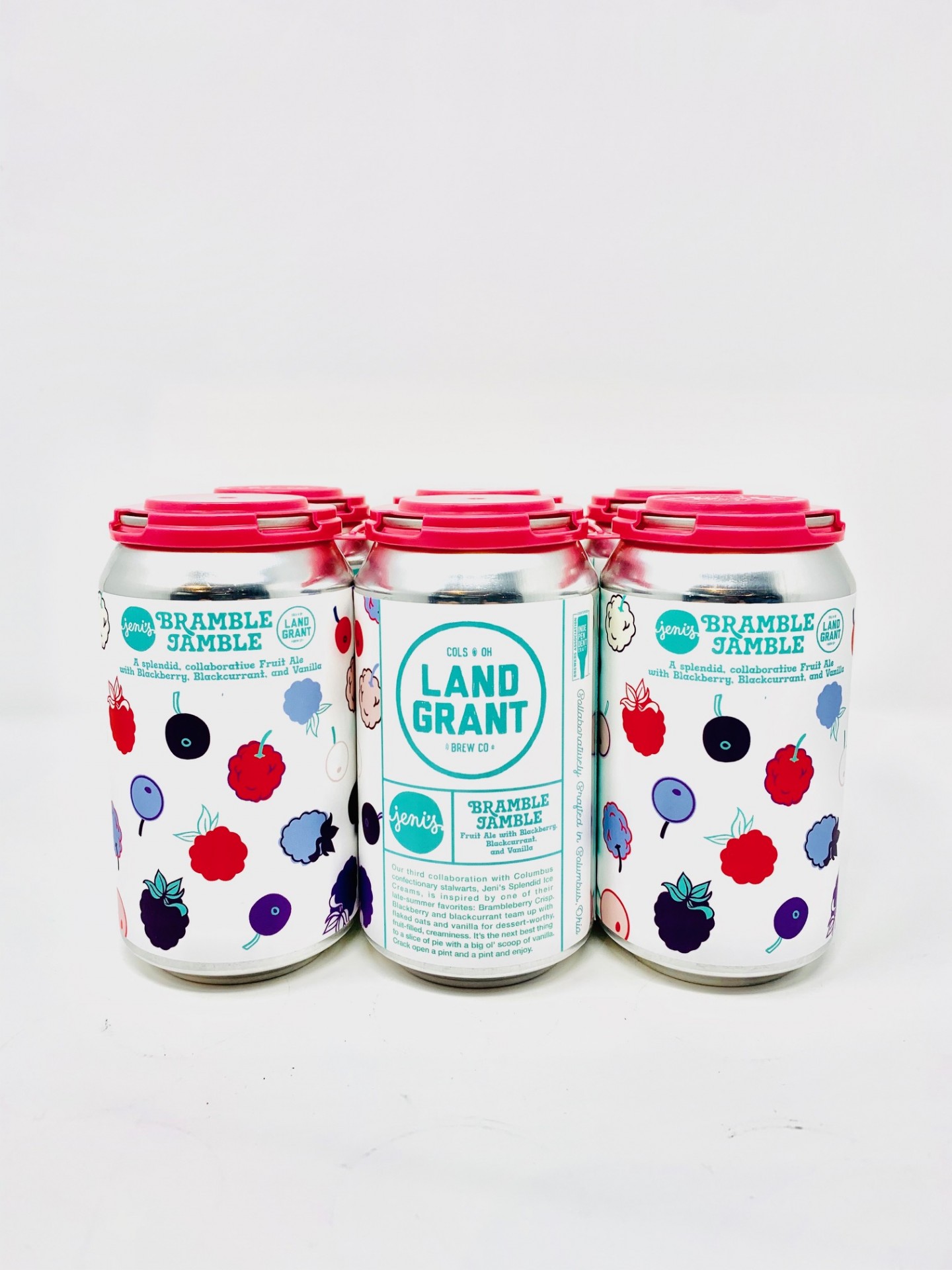 Land-Grant Brewing Company and Jeni’s Splendid Ice Creams are two of the most beloved foodie fetishes in the city of Columbus, and this fall they’re teaming up to bring the people what they didn’t know they wanted: fruit beer. Very good fruit beer.

Bramble Jamble (6.2% ABV) is an ale brewed with oats and Jeni’s own proprietary fruit blend that was created collaboratively by the duo and is set for an Oct. 30 release. According to head brewer at Land-Grant Dan Shaffer, the beer is an homage to Jeni’s Brambleberry Crisp.

“We usually make a beer called BlackberryJamble, it’s a fruit beer; we were looking to mix it up and do something different anyway,” Shaffer said.

The addition of oats in the beer’s malt bill not only helps to create a rich, smooth mouthfeel (a practice that’s used across many different beer styles) but according to Shaffer, also nods to the brown sugar oat streusel used in Jeni’s flavor. The beer also utilizes Jeni’s proprietary fruit blend to mimic the flavor of the ice cream.

According to Jeni Britton Bauer, the namesake of Jeni’s Splendid Ice Creams, the flavors from Brambleberry Crisp are rooted in the fruit she would pick as a child with her grandmother in Appalachia.

Since 2018, when Jeni’s began hosting their yearly Strawberry Jam Festival at Land-Grant Brewing, both companies began a fun, lively collaboration relationship, and have co-created one beer together annually to be released around the time of the festival.

As COVID-19 upset any chance of the Strawberry Jam Festival being held in person this year, the companies had to amend their collaboration plans, to accept that the beer wouldn’t come out to celebrate the festival, but both were determined to put something great together anyway.

“We’re both community-spirited companies, so it felt like a bit of a loss to us at first,” Jeni Britton Bauer said. “But at the same time we couldn’t just sit there and lick our wounds, so it was kind of a way to make up for that.”