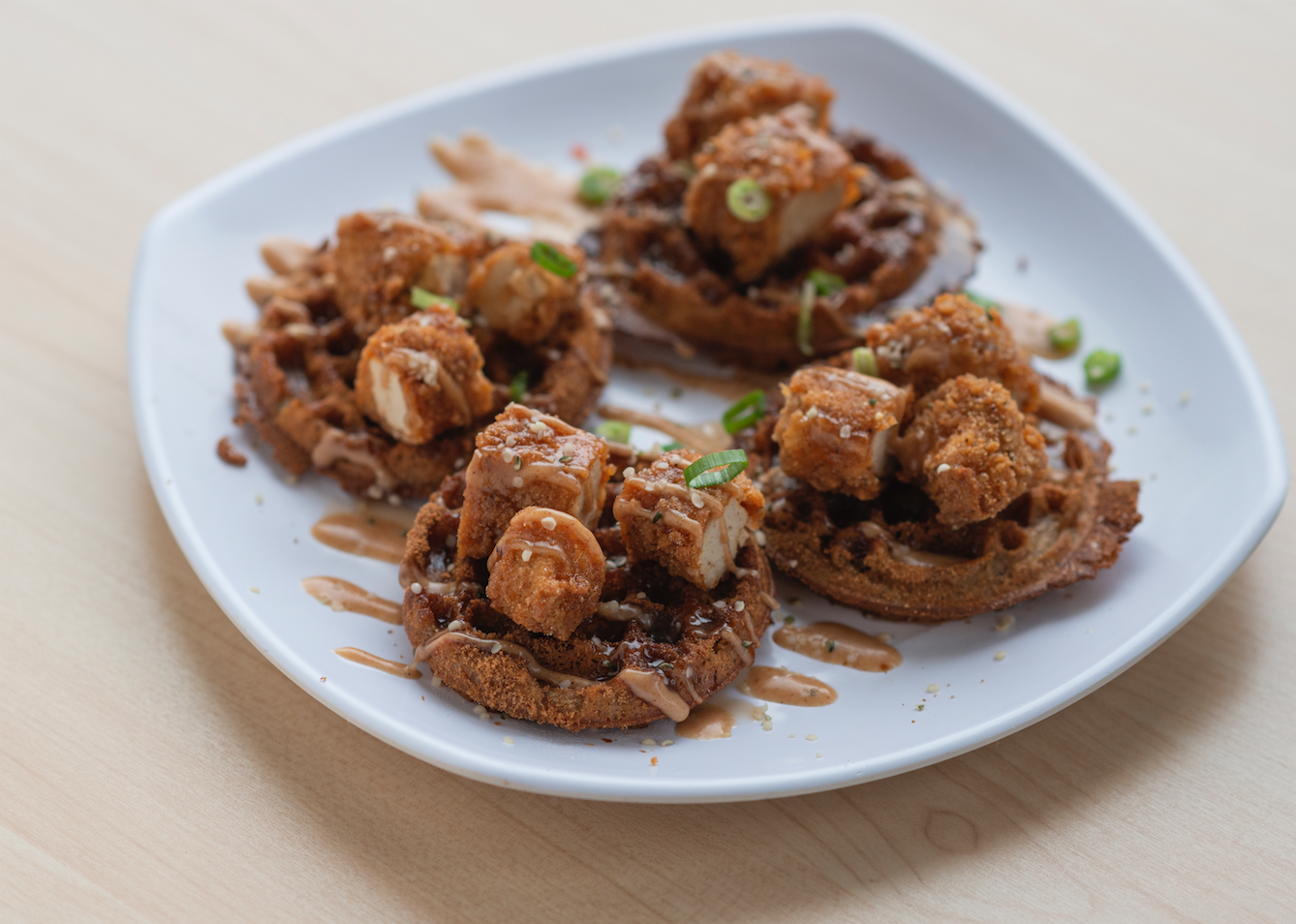 COVID-19 Coverage: Updates from Gov. Mike DeWine about the plan for May

Veggin’ Out is a new series from 614Now taking you around the city finding vegetarian and vegan options that break the traditional mindset of eating plant-based. While there are plenty of great spots serving greens and salads, this series is focused on a different approach: plant-based food that serves to bridge the gap for meat eaters as well as vegheads looking to simply satisfy a craving.

With all the restaurants around the city specializing specifically in chicken and waffles, it’s only fair vegetarians and vegans have an option, too. And thankfully Lifestyle Cafe, located on 891 Oak St., is here to balance the scales.

Lifestyle Cafe is an exclusively vegan restaurant started by Shanna “Chef Bae” Dean and Dawn Dickson where the menu spans breakfast, lunch, and dinner with options ranging from vegan breakfast BLTs to vegan shrimp quesadillas. But, the focus today is on the most important meal of the day, breakfast. And more specifically, we are looking at one of Chef Bae’s specialties: the gluten-free Lifestyle Waffles served with oven-fried soy-based chik’n topped with red pepper infused maple syrup and vegan maple cream.

The dish starts with the waffles; a careful combination of Red Mills Gluten-free Flour with a cinnamon and coconut sugar brûlée. They are crispy on the outside while still light and fluffy on the inside. There’s also many flavors complementing each other in this dish; the sweet coconut and the spicy cinnamon pair nicely with the sweet and spicy red pepper infused 100 percent maple syrup. It’s all rounded out with the vegan maple cream which is drizzled atop the creation.

And not to be forgotten, there’s also the vegan chik’n Chef Bae and her sous-chef Christi Jackson are making nearly every day (except Monday). While the chik’n is oven baked, it’s exterior is crispy and salty just like its real meat counterpart would be had it been deep fried. And again, those flavors come back complementing each other. This time it’s the chik’n providing salty contrasts against the sweet ingredients as well as soaking up some of the spice from the red pepper maple syrup.

As mentioned above, Lifestyle Café is open nearly every day of the week except for Mondays. During social distancing and shelter-in-place, delivery through third-party services are available as well as curbside pick-up.

To keep up with Lifestyle Cafe, visit facebook.com/PlantBasedLifestyleCafe.