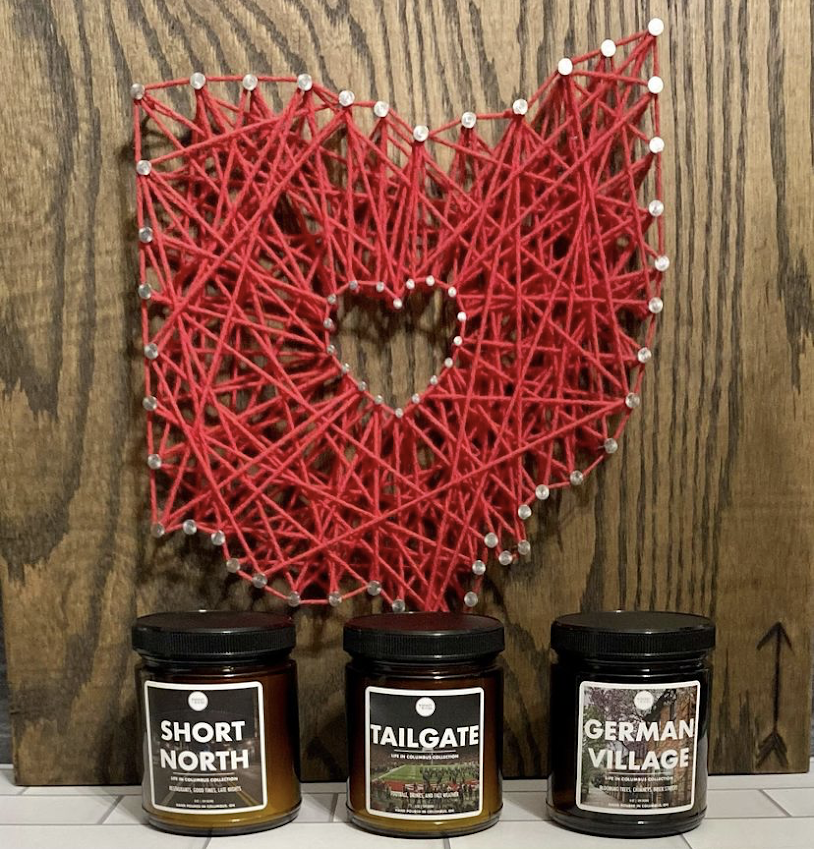 But this year, instead of reaching for the usual scents like autumn harvest or warm baking spice, why not elevate your candle game?

We’ve got just the thing for that.

For the second year in a row, Whiskey + Waves Candle Co. has partnered with Life in Columbus to capture the essence of different Columbus neighborhoods in candle form.

There are four scents in total, including Tailgate, German Village, Short North, and Campus.

According to Whiskey + Waves owner Kristen Kearns, her and Life in Columbus discussed Columbus locations they wanted to include, and what they felt makes these places so iconic.

This means Tailgate combines the smell of autumn leaves, bourbon, and a touch of leather. Likewise, German Village relies on amber, cedar, cardamom, and more to recall the neighborhood’s quaint, historic charm.

While the Columbus-themed candle line was only released last week, according to Kearns, it’s already a hit.

“The response is always amazing. It always speaks to the love people have for all things Columbus,” she said. “We have people from all over the country order and it’s always fun to see where we ship these.”

And if fall just isn’t your thing but candles are, don’t worry. Whiskey + Waves and Life in Columbus collaborate on other seasonal projects as well. So far, they’ve released lines for spring, winter, and fall.

If you like this, read: Good Vibes: Local shop specializes in good energy for self-care