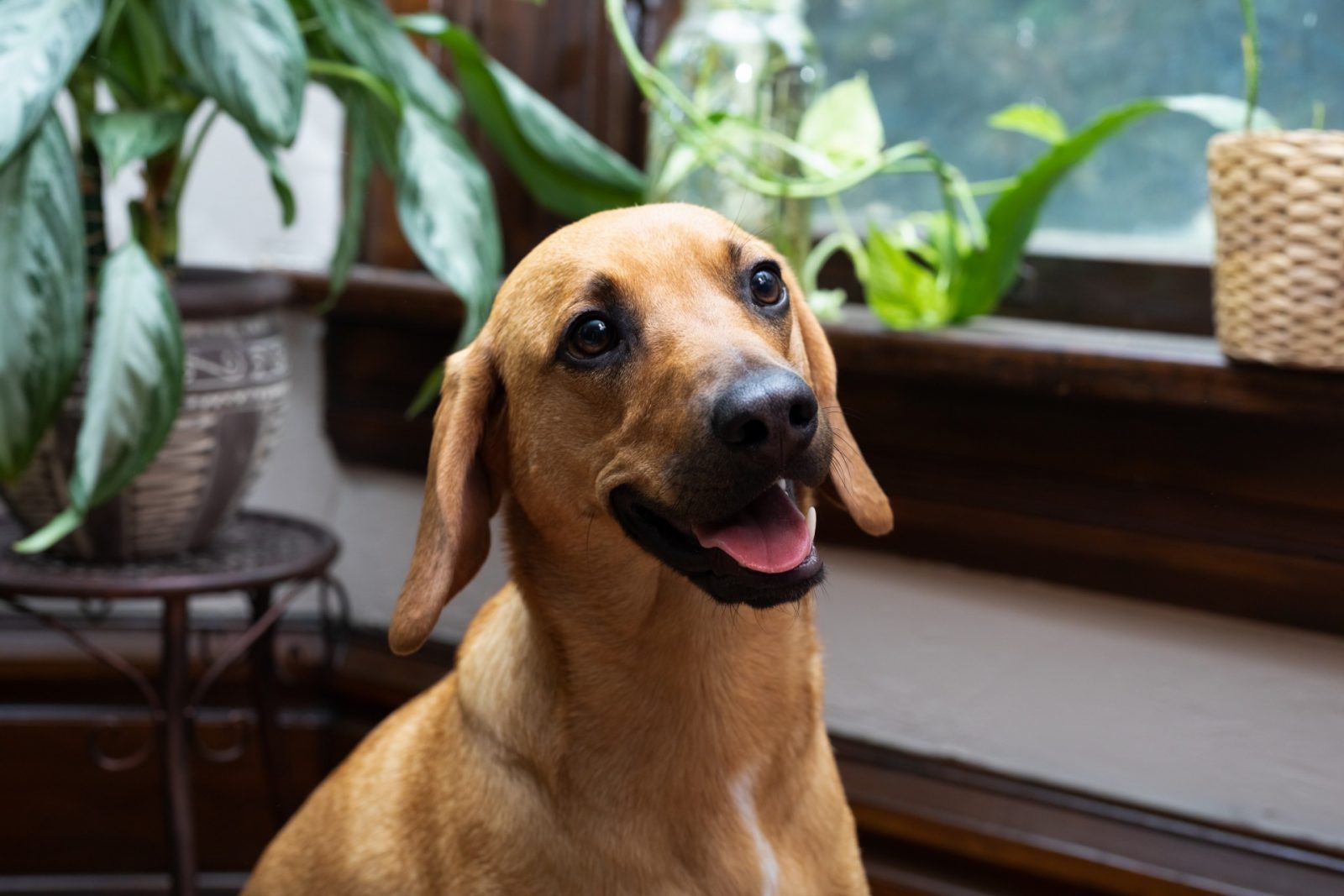 Lucy might weigh in at over 40 pounds, but that doesn’t stop her from asking to be picked up.

Drew Bell said his pup, who he adopted with wife Jesse in September, will put both of her paws on them when she wants to be held.

Although Lucy has already won over her mom and dad, she’s recently found her way into the hearts of 614 Magazine readers as well, earning the title of Cutest K-9 in the 4th annual contest presented by PetSuites.

Lucy is far more than just a pretty face, however. In fact, the Bells adopted her to provide a companion for their other dog, Tilly, a mini Sheltie close to two years of age. (Lucy also has a kitty sibling named Neville.)

Since the Bells adopted Tilly from a breeder, they wanted their second dog to come from a rescue. Drew and Jesse adopted Lucy from Peppermint Pig Animal Rescue after seeing her photos on social media. And while Lucy has since grown into her body, at the time, she still possessed that puppy awkwardness.

“She had these huge ears,” Bell said.

Now that she’s grown, Lucy loves being close to her humans. During evenings, she can be found laying on Jesse or Drew. Though she suffers a bit from separation anxiety, Bell said having sister Tilly around helps immensely. Tilly, Sheltie-style, will often herd her little sister.

Despite her size, Lucy has the personality of a larger dog, and likes to lay around in the sun and hang out in the yard. She also unfortunately loves to dig: The Bells’ yard is filled with holes.

Lucy also learned how to jump the backyard fence. The reason for this disobedience? A dog in the adjacent yard.

“She loves other dogs and people,” Bell said.

If you like this, read: Bow Wow: Canal Winchester doggie bakery gives more than just treats to the community