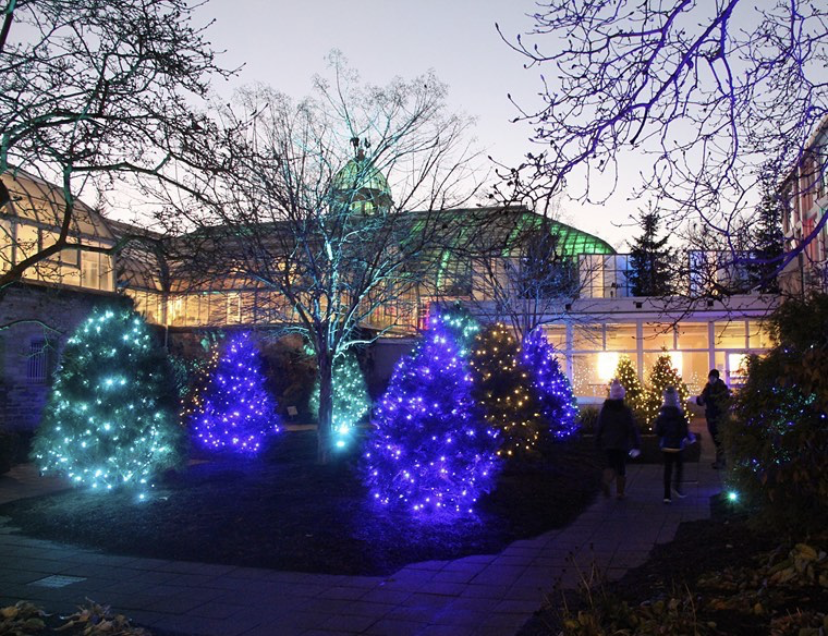 Franklin Park Conservatory is getting some national attention.

That’s because the East Side attraction’s Conservatory Aglow display was nominated to USA TODAY’s 10Best Readers’ Choice Awards, in the Best Botanical Garden Holiday Lights section. A pool of 20 different seasonal light displays from different gardens across the country have been compiled for the event. You can see the full list here.

Voting for the award ends on Dec. 6 at 12 p.m., and the winners—the ten displays receiving the most votes—will be officially announced on Dec. 17. Voters are able to cast one vote per day.

Conservatory Aglow, which sees Franklin Park Conservatory decorated with a massive amount of holiday lighting and decoration, kicks off this year on Nov. 20, and it will run until Jan. 9. It will run daily from 5-9 p.m.