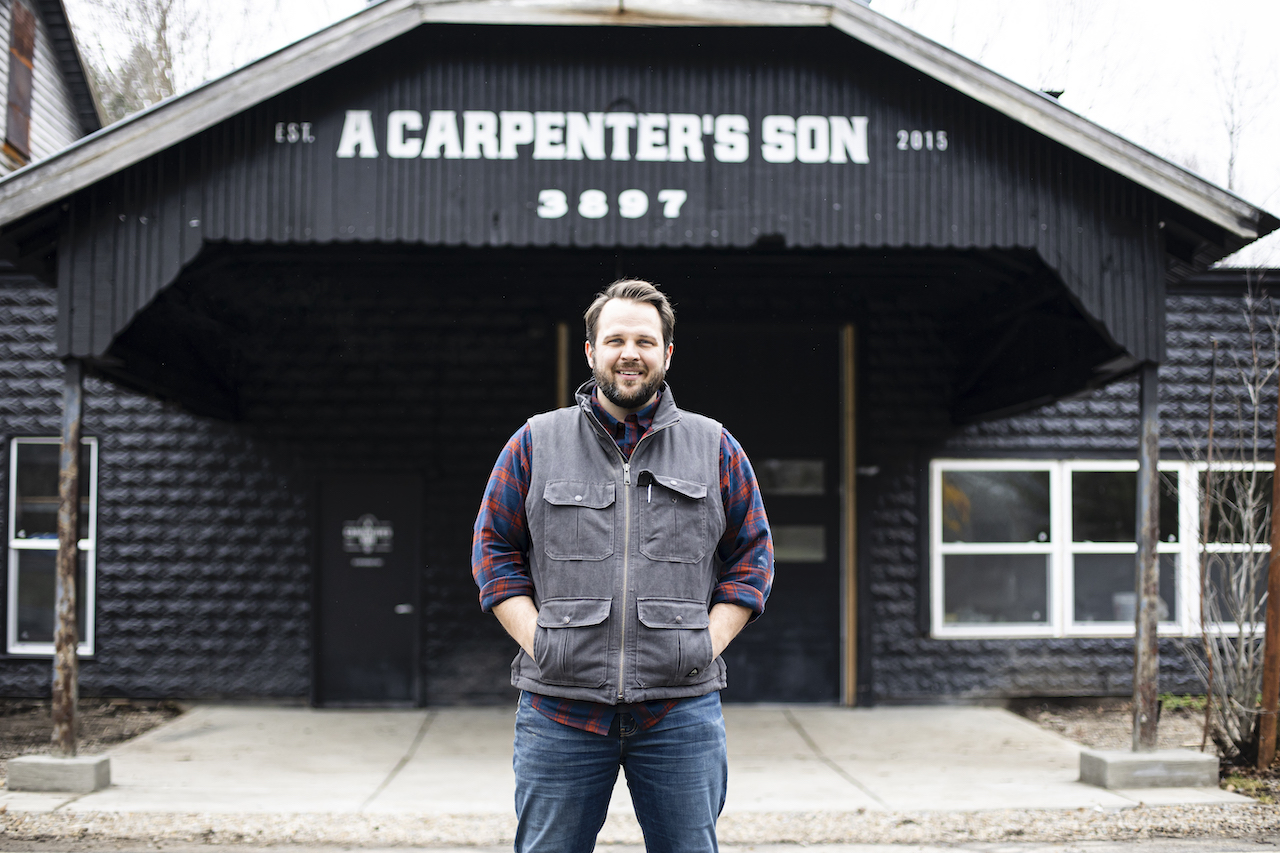 How A Carpenter’s Son is creating community

It all started with a cutting board in 2015.

Or, to be more exact, a whole lot of them. What started as a small side business crafting cutting boards in his spare time, soon became one of Columbus’ premier wood design businesses, serving clients from the Columbus Crew to the North Market.

“It’s just an unbelievable opportunity I could never have imagined five years ago when we were making cutting boards,” said Josh Scheutzow, owner of A Carpenter’s Son, a Columbus-based furniture business that crafted seating for 400 in the North Market mezzanine, as well as furniture for Hot Chicken Takeover, COhatch and Rockmill Brewing.

Recently, A Carpenter’s Son was contracted by none other than the Haslam family and the Columbus Crew to complete the woodworking needed at the new Crew stadium. The deal is for 244 different custom pieces ranging from food court tables to box office seating and more.

But before A Carpenter’s Son was providing woodworking expertise to many of our city’s hottest spots, Scheutzow was just a one-man band trying to start a fledgling business.

With three generations of carpenters preceding him, it’s safe to say Scheutzow knew his way around a woodshop. Very quickly his handmade cutting boards enjoyed a meteoric rise in popularity.

“It was amazing…there was interest in what we were doing, and people started asking me, ‘can you build anything else?’”

The answer was yes.

After teaching himself to make furniture (a task he has now ceded to the world-class craftsmen he employs), Scheutzow decided in 2016 to quit his full-time job and dedicate himself fully to his appropriately named business, A Carpenter’s Son.

But Scheutzow’s early efforts paid off. Years of growth finally saw the business (which relocated from downtown Columbus to an expansive workshop in rural Delaware County) become the 11-employee team it is today.

And as the company grew, so did its customer base. From speciality domestic pieces for single homes to large-scale commercial work with droves of Columbus businesses. And some of these pieces are truly one of a kind.

“We’re getting ready to send a $15,000 table to Florida soon. It’s made from the single largest piece of walnut I’ve ever seen,” Scheutzow said.

The price of an item is predicated on the price of materials, which are incredibly work-intensive to produce, Scheutzow said. Wood is often dried and treated by a supplier years before the builder ever even sees it.

But no matter what he’s building, Scheutzow approaches each piece with the same mindset.

“There are a lot of companies that build great furniture; the thing that sets us apart is our niche,” he said. “We build pieces of furniture that bring people together. It’s community focused, whether it’s a kitchen table or a dining table or an island, the pieces that we build people gather around. That has been kind of our entire mission.”