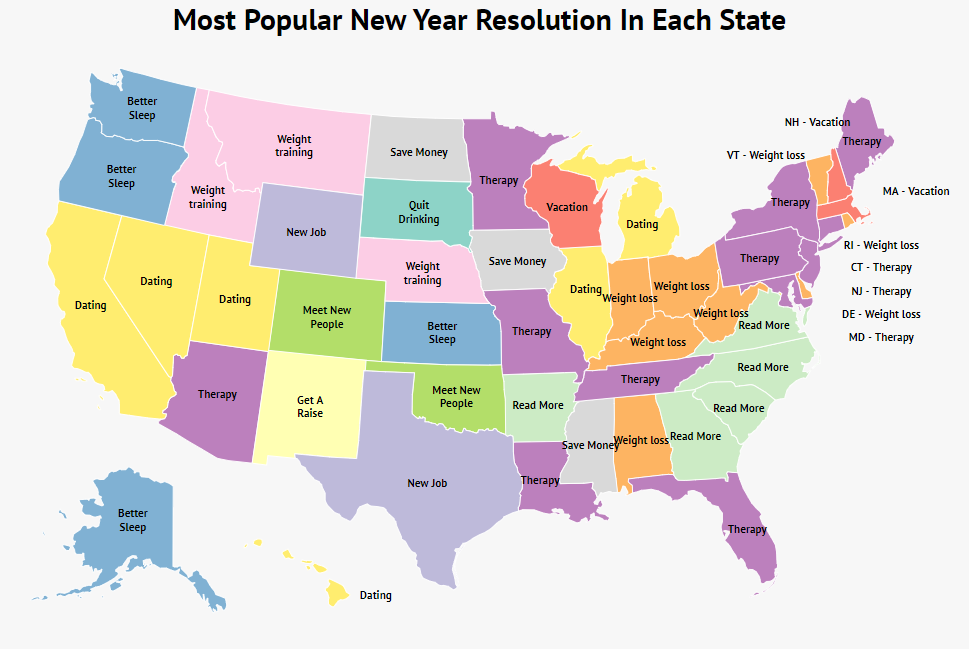 Celebrate National Gluten-Free Day with us

Did you make resolutions for 2021?

Many of our fellow Ohioans, it appears, have vowed to rid themselves of their pandemic bods for the new year.

According to a new study from zippia.com that examined search queries by using Google Trends, Ohio’s most popular New Year’s resolution is weight loss.

Our state is in good company. Seven other states share the weight loss goal, including Alabama, Delaware, Indiana, Kentucky, Rhode Island, Vermont, and West Virginia. It was the second-most popular resolution across the country.

While South Dakota just wants to quit drinking, Iowa, Mississippi, and North Dakota want to save some money. New Mexico, meanwhile, is determined to get a raise. Texas and Wyoming want new jobs altogether.

Self-improvement appears to be popular across the country. Arkansas, Georgia, North Carolina, South Carolina, and Virginia want to read more, while Alaska, Kansas, Oregon, and Washington, just want to get better sleep.

We’re here for the residents of Massachusetts, New Hampshire, and Wisconsin, who really want a vacation. Don’t we all?

Do you have a New Year’s resolution? Share it with us in the comments below. And if you don’t have one, that’s okay with us. We like you just the way you are, Columbus.