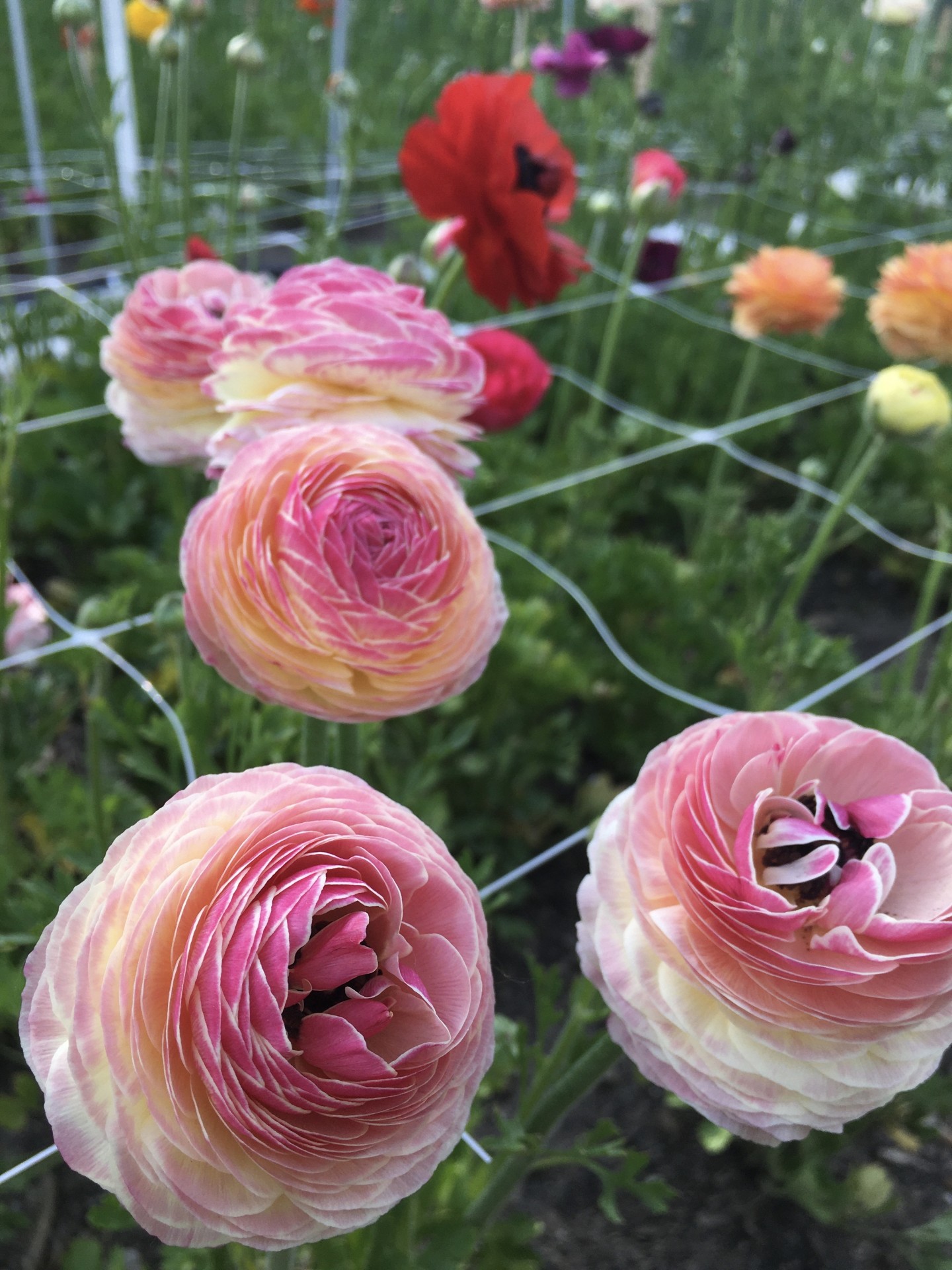 The Weekender: Three places to devour a lobster roll this holiday weekend

For Jen Radomski, Josh White, and Kelsey Colewell, what started out as a hobby blossomed into far more than they ever could have imagined.

The trio co-owns Wild Prairie Flower Farm, a new sustainable flower farm that will hold an official grand opening from 9 a.m. to 11 a.m. Sunday, May 30 at Kittie’s Cakes, 495 S. 3rd St. And it’s already regularly selling out products and garnering an enormous amount of attention.

The three-person outfit operates primarily out of a southside parcel of land rented from the Columbus Land Bank, growing an eclectic array of annual flowers—cut and expertly arranged into bouquets—that includes everything from Poppies and Snapdragons to Cosmos, Dahlia, Foxglove, and more.

But for the entirely self-taught Wild Prairie, things started out much smaller than this.

“I think really, it came just from our own interest in home gardening, an interest in plants and growing our own food, and even some light homesteading,” said White.

A garden of tomatoes and herbs gave way to a deeper fascination with the world of agriculture, and eventually the foundation of Wild Prairie.

“It was really learning about the idea of permaculture that led us to the philosophy of farming we have now,” White said. “It’s about creating a system of plants that work together, and trying not to waste anything that we grow from the earth.”

Because not only is the new Columbus flower farm growing a wide variety of sought-after flower species, they’re doing it consciously. This means implementing sustainable growing methods that protect the surrounding ecosystems, as well as eschewing pesticides, non-organic fungicides, and fertilizers.

They’ve already hosted a handful of pop-ups, and rolled out their website’s on-demand ordering system, which will have your flowers ready for pickup the same day.

That is, if stock is available. The nascent flower farm has been so popular that they’re already selling out of flowers regularly (although they expect that to change once they’re able to harvest a greater number of flowers, beginning this weekend).

For Wild Prairie, their meteoric popularity has been nothing short of spectacular.

“It’s definitely a surprise for us, to see how strong the response has been; it’s been a trip,” said Radomski. “None of us went to school for this; we learned it all ourselves. While it was always something we knew we wanted to do, up until now, it had been on the side for us. And for me, I grew up in Columbus, and to see it take off so quickly here has been incredibly validating.”