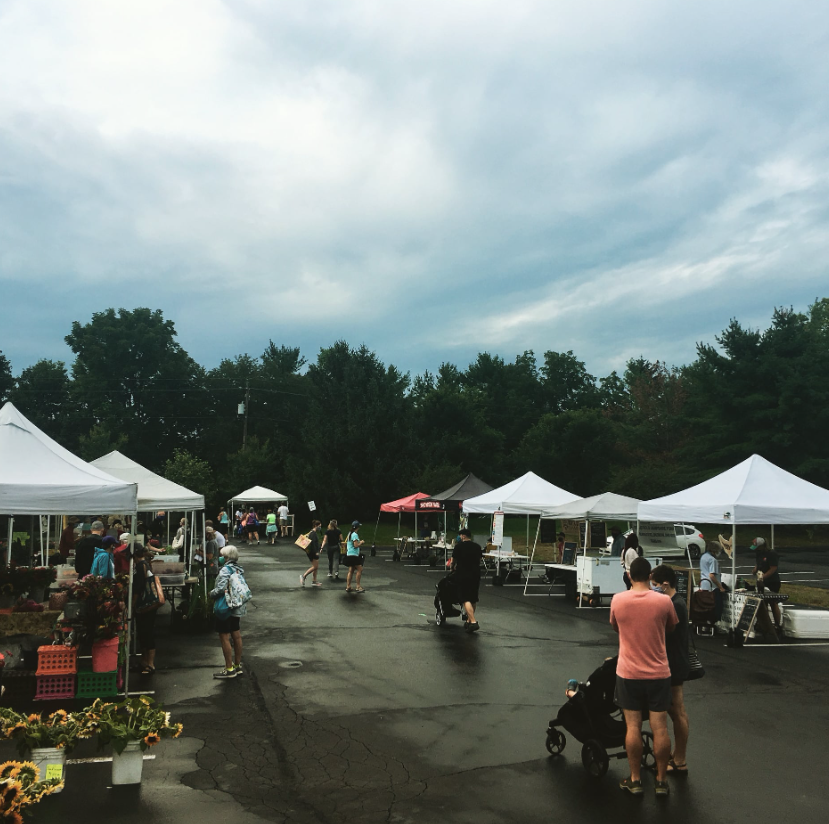 Now that the state of Ohio is actually mild enough to, you know, grow things, we all stand to gain.

And luckily for you, the Columbus area is home to no shortage of top-tier farmer’s markets to enjoy on a sunny Saturday in the near future. From fast-paced urban markets to stands lacing the idyllic streets of downtown Worthington, we’ve put together a list of the local spots you need to see for yourself this year.

While this one is admittedly a bit of a hike for many Columbus residents, it’s often the first name that pops up when the topic of central Ohio farmers markets arises. Nestled in the heart of Worthington with stalls dovetailing the idyllic tree-lined streets, this is the largest year-round farmer’s market (with summer hours beginning May 1) in central Ohio, with 75 regular vendors in the spring and summer, and 58 during fall and winter.

Capturing the buzzy, eclectic appeal of its namesake neighborhood, this market was (prior to COVID-19) known for setting up shop in the middle of urban Clintonville, with its stalls lining High Street. While the market is now held outside of the Ohio History Center, this producer-only space (meaning only those who grow or create their products themselves can sell) has been able to retain many of its eclectic vendors and much of its unique character.

And speaking of urban, Pearl Market is named for its location on Pearl and Gay streets, in the beating heart of downtown Columbus and a literal stone’s throw away from the Ohio state capital. The pop-up style market was launched in the early 2000s as a way to provide transit workers and downtown residents access to quality, affordable produce, and several short years later, local artisans were allowed to join the mix. This one will open again for business in May.

Don’t get it twisted, the new North Market isn’t the only Bridge Park spot to hit when you want a lot of great options in one place. The Dublin Market, which features everything from produce, to food and sweets, to even retail vendors, sees its litany of vendors crowd the streets of Bridge Park with their pop-up stalls like a bustling bazaar. The only downside? It’s only open one day a week, but it will be held every Saturday from the beginning of May until September.

Located in the center of the village at Main and Chillicothe streets, this market will be held from 4:30 p.m. to 7:30 p.m. beginning July 4 and continuing every Thursday until Oct. 7. You’ll find home-grown varieties of fresh garden produce, as well as locally farmed honey, fresh breads and other baked goods, hot pretzels, local meats, local ice cream, and food trucks.