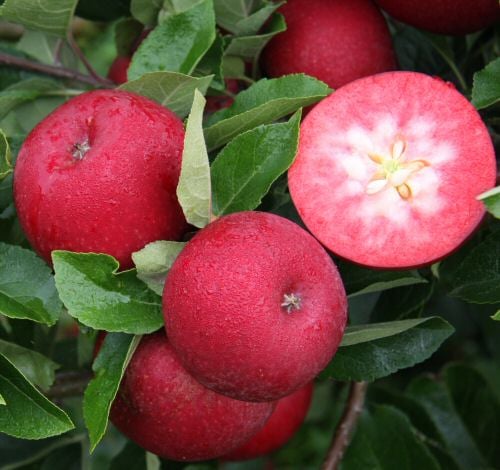 These are just some of the more outlandish names of apple varieties you can find at Hocking Hills Orchard, located at 14435 Nickel Plate Rd. in Logan. What’s even better, though: these three varieties represent only a tiny sliver of what the prolific grower offers overall, though. According to many, including owner Derek Mi himself, the orchard offers one of the largest collections of apple varieties in the entire world.

Yes, you read that right.

By Mills’ count, the orchard boasts over 1,700 different kinds. So naturally, it’s become something of a destination.

“I started planting and grafting trees here in 2001, but didn’t start letting people pick apples until  about10 years ago,” Mills said. “Noww, we get people from Michigan, Wisconsin, all over. We even had a scientist studying apples drive up from South Carolina.”

And while you can find popular apple varieties, Mills has less than two dozen Honeycrisp trees on his property, as he wants to leave as much room as possible for the weird, wild, and rare offerings.

In this context, the word “like” might be a bit of an understatement. Mills works a 9-5 job and runs a pair of rental businesses outside of the orchard, which he says doesn’t generate much revenue.

Some of his favorite varieties are the line of apples favorited by United States presidents like the Newton Pippin (George Washington) and the Spitzenberg (Thomas Jefferson), as well as the Bloody Plowman, which was supposedly named after a plowman who stole apples from a king and was shot by an arrow in the process.

“You would never see those in a grocery store, you’d have to come to some orchard like this,” said Mills with a laugh. “But that’s what we’re trying to do, help people experience something they couldn’t otherwise.”