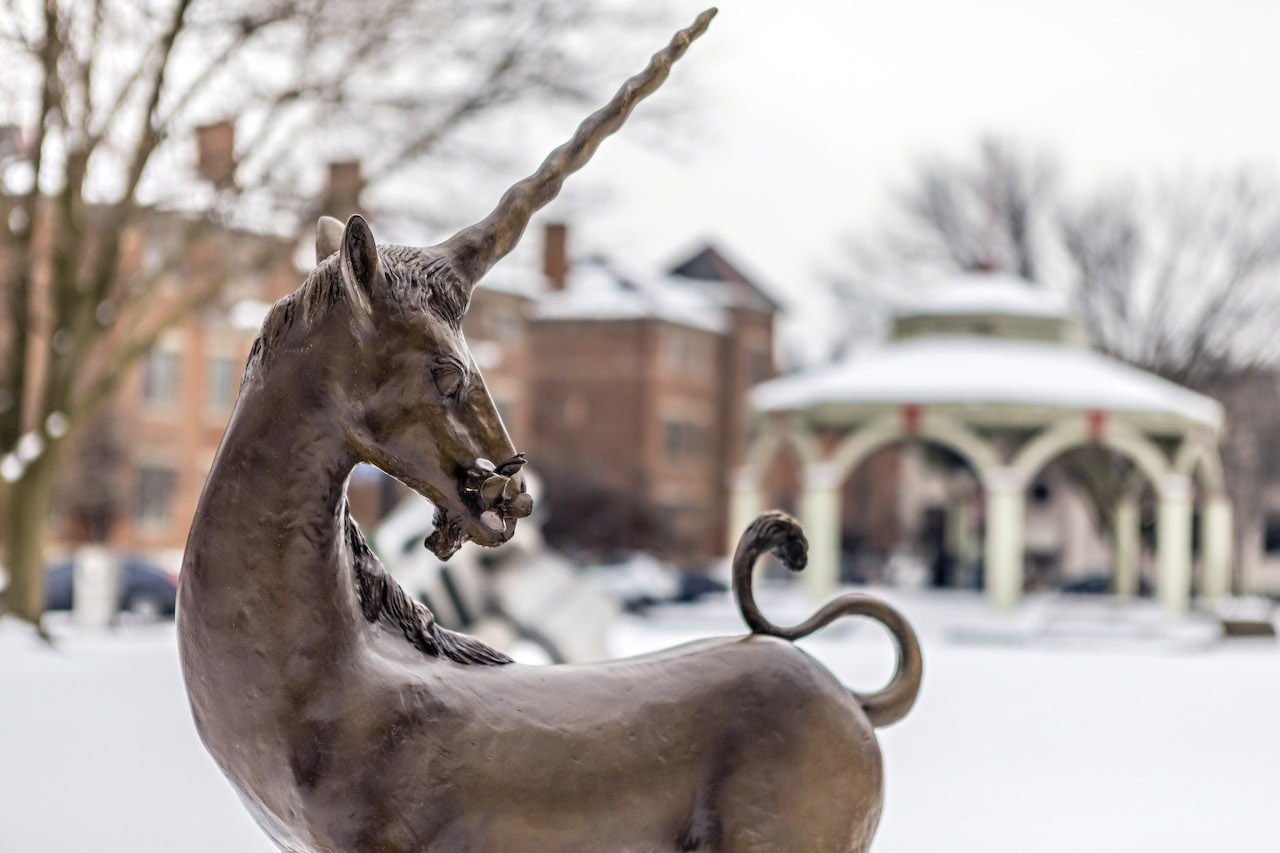 As winter turns the corner toward spring and warmer weather begins to set in, it feels increasingly important to find yourself some fresh outdoor activities to enjoy.

As we all know, the greater Columbus area offers a full slate of top-tier spots to enjoy, from historical Schiller Park in German Village to the beautiful Three Creeks Metro Park.

But if you look a little closer, there are just as many hidden gems to uncover. These might not be the biggest parks the city has to offer, but they’re not short on intrigue. From hidden waterfall paths to tucked-away burial mounds, it’s time for a little adventure. Just don’t tell anyone else.

Believe it or not, you don’t have to travel to the rock formations of the Hocking Hills to find a stunning, natural waterfall.

Hayden Falls is sandwiched between the Mall at Tuttle Crossing and the OSU Airport, so even its entrance—a small parking lot on the Western shore of the Scioto River marked by a nondescript sign—feels like a secret.

As you descend down the park’s wooden steps and onto a lengthy river-level boardwalk, the sounds of the overhead traffic fade, and you’re enveloped in a new world, one with steep cliffs on either side and—following a short, scenic trek—a gushing 35-foot waterfall.

This Marble Cliff spot is quite literally off the map. To find it, follow Cambridge Blvd. south until it hooks west, becomes Village Ct., and dead-ends in a nearby cul-de-sac. Just before this curve, a small, unmarked road branches off, continuing south, and this road ends at the entrance of Tarpy Woods.

What the park lacks in size—offering only a few short, meandering trails—it makes up for in tranquility with its paths weaving through a dense patch of woods where you’re unlikely to encounter another soul. It’s even home to an iconic Columbus tree with a line of railroad spikes fastened up the trunk for easy-access climbing.

If you’re a Columbus resident, you’ve more than likely driven by this spot dozens of times without realizing what it holds.

Thurber Park, named after renowned author James Thurber, is a mere stone’s throw away from the bustle of Broad St. Yet, due to the tiny stretch of Jefferson Ave. between the two, it’s difficult to spot from Broad unless you know just where to look.

The small, oblong park boasts a fantastic neighborhood atmosphere plus an ornate gazebo. Its  current sculpture display, however, is the real highlight, with a pair of illusory, gravity-defying pieces from Polish artist Jerzy Kedziora. With Discus and Charlie Chaplin, Ladder both utilize a set of well-hidden wires, suspending each piece high above the ground.

On an isthmus between two quarry lakes and surrounded by a dense patch of woods, Shrum Mound almost feels out of place—and time, with its location on the busy McKinley Ave. Also referred to as Campbell Mound (after former Ohio Governor James Campbell), the earthwork stands at 20 feet tall and 100 feet in diameter, with a footpath snaking up either side to a lookout point at its summit.

Shrum Mound was believed to have served as a burial mound for the Adena, a group of pre-contact Native Americans. Between its rich history and wooded surroundings, this offset location imparts a sense of quiet mystery and intrigue onto visitors.

Nestled in the heart of Clintonville, Glen Echo is one of several different ravine parks that cut across the greater North Campus area.

While not necessarily difficult to find, like some of the other spots on this list, park visitors quickly exit the busy streets of Clintonville down steep, tree-lined ravine banks, ending up in a quiet slice of serenity that resembles a state forest more than nearby metropolitan Columbus.

While navigating the winding streams and trails offered by Glen Echo, make sure to keep an eye out for wildlife such as deer, a common sight in the park.