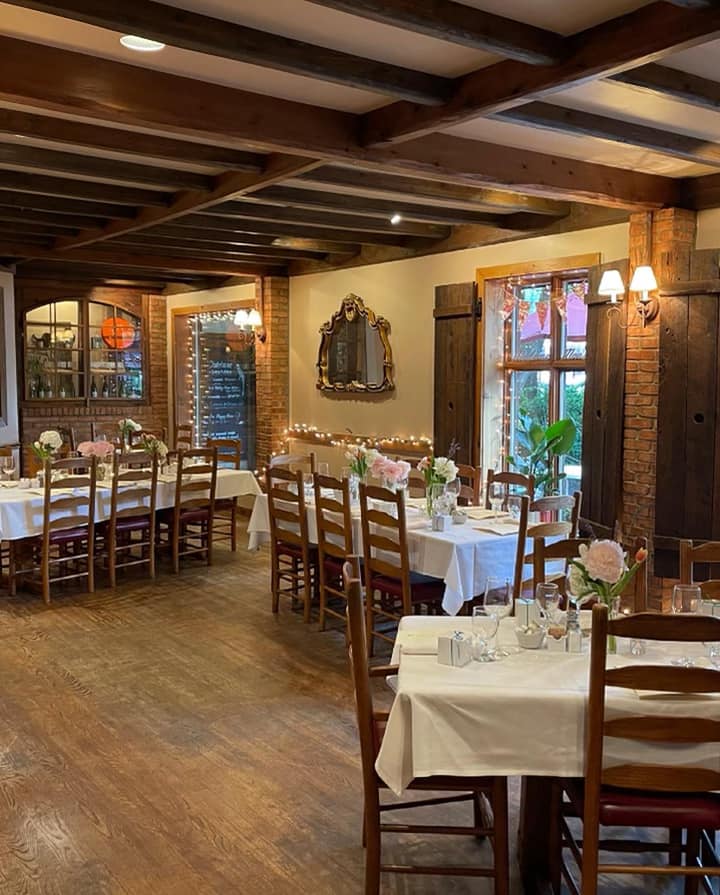 La Chatelaine French Bistro & Bakery is known to many throughout Columbus as a great place to grab house-made croissants or a quick lunchtime bite. But according to the popular French-inspired eatery, it has more than just good food inside its doors.

In a lengthy social media post earlier this week, La Chatelaine detailed the numerous supposed hauntings that have taken place, or are currently taking place, at their Upper Arlington storefront. Located at 1550 Lane Ave., La Chatelaine’s Upper Arlington restaurant was its first store (they now have three).

The building, which was formerly half clothing store and half antique shop, was purchased by the bistro and bakery in 1990. And not long after, they say, is when the paranormal activity started to occur.

Initially, the restaurant’s head chef, Tad, would sleep on-site overnight, due to the massive wood oven that required constant tending. “Tad started experiencing strange events,” La Chatelaine wrote. “Candles floating through our kitchen from the kitchen door, adjacent from our dining room, floating straight to his room (office). The candles would just float by, flame lit, and just disappear into the door.”

Throughout the years in Upper Arlington, co-owners Stan and Gigi Wielezynski would also experience their fair share of activity, such as the kitchen radio turning on without batteries when it was not plugged in.

In recent years, several different chefs and bakers have claimed to experience disembodied whispers while in the vicinity of the oven. “[The voice] asks how & what are you doing and has asked about past employees and where they went,” La Chatelaine wrote.

Employees have even occasionally caught glimpses of an older woman in a white dress with white hair on the eatery’s patio throughout the spring and summer months. Often, she’ll be sitting at a table looking out onto Lane Avenue. “She seems to be serene and calm and in reflection,” according to the restaurant.

One employee in 2020 even claimed to experience her floating from the bread corridor in the kitchen to the windows overlooking the patio, where she supposedly left footprints in spilled flour.

And while this might come as a shock to many regular customers, at least the bistro claims all encounters have seemed to be well-intentioned. “Happy Halloween Columbus,” La Chatelaine wrote. “All entities at La ChatelaIne are kind & harmless. We only accept friendly ghosts of all kinds.”

If you like this, read: From creepy caves to abandoned prisons, these are the Central Ohio haunted houses to visit this Halloween