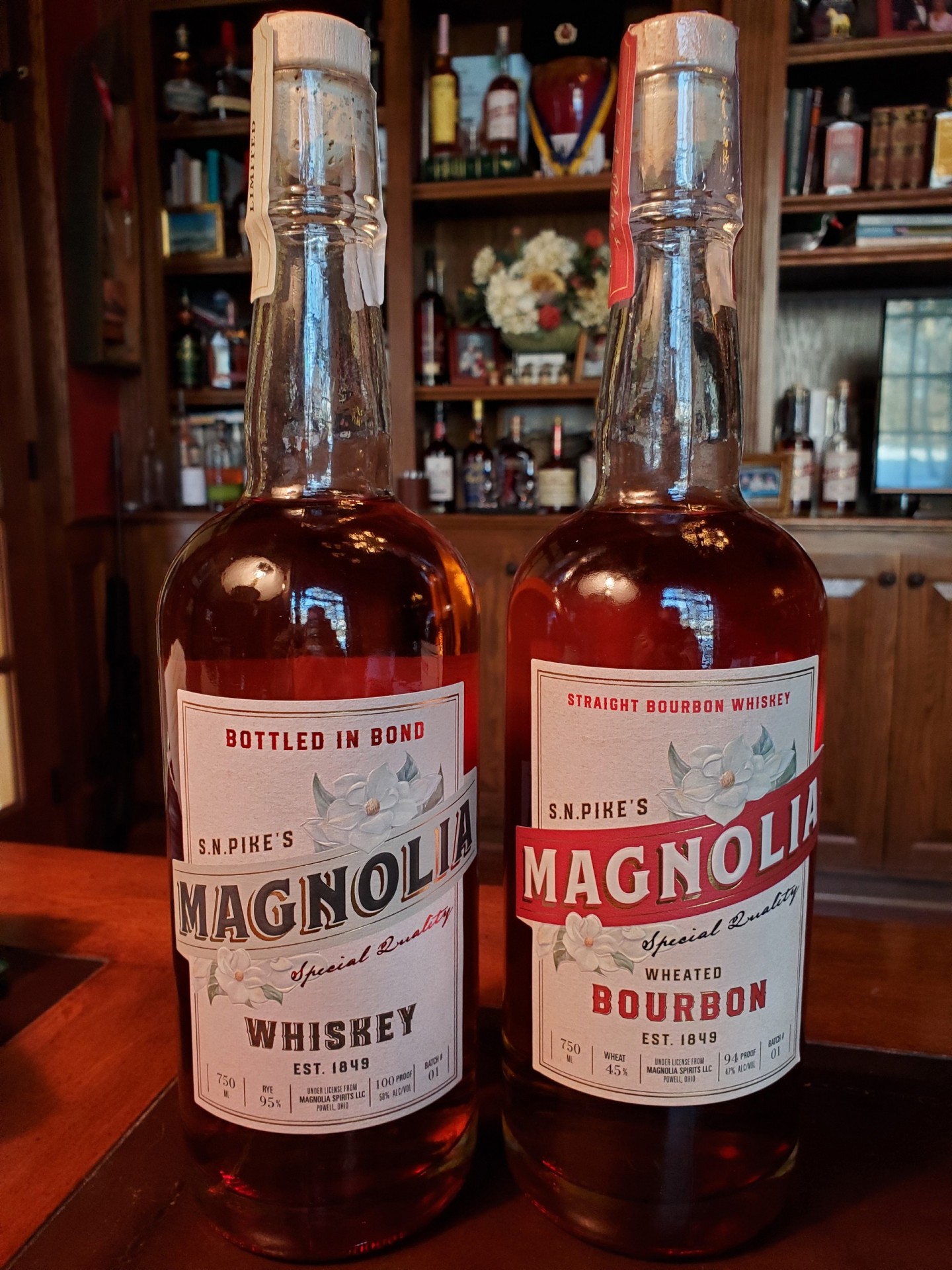 Over 170 years ago, an entrepreneur named Samuel Napthali Pike launched his Cincinnati-based business, S.N. Pike’s Magnolia, where Pike played the role of “rectifier”. This meant he would source high-quality bourbon and whiskey from nearby Kentucky distilleries and blend them to perfection before selling bottles throughout the US and even into Europe.

Pike’s spirits business dwindled and eventually dried after the turn of the 20th century, but not before it amassed him a fortune and cemented him as a critical part of the city’s early history. In fact, he went on to build an eponymous opera house in Cincinnati, and after that one burned down due to a gas leak, constructed another in 1868 in Manhattan.

Today, one newly-minted business is taking up the mantle of Pike’s historic brand, and beginning sales of a classic American bourbon and rye whiskey in his name.

Ed Carey officially launched S.N. Pike’s Magnolia as a brand of spirits on Jan. 2, after he was able to revive Pike’s former trademark.

“About a year and a half ago I retired as a commercial real estate developer. I like to work, and I love drinking bourbon; I decided to recreate the S.N. Pike’s Magnolia brand,” said Carey. “His original trademark went in and out of registration, so about six months I applied to re-establish the trademark with the US Patent and Trademark Office, and after about four months I was able to get it.”

Carey was inspired by Pike not only because of their shared love of fine whiskeys, but also due to their similar approach to business. Like Pike in the 1800s, Carey doesn’t distill spirits himself, but keeps a hand in their development, all while sourcing his products from across the country after rigorous taste-testing.

But this isn’t where the process ends for S.N. Pike’s Magnolia. Carey ended up enlisting the help of Tony Guilfoy, co-owner and head distiller at Noble Cut Distillery in Gahanna. The MAGNOLIA trademark has been licensed to Noble Cut, who proofs and bottles the final product.

According to Carey, once the liquid arrives at the Gahanna Distillery, there’s still work to be done.

“One thing that’s very unique about what I’m doing, I’m importing Kentucky spring water when we need to proof things down,” Carey said. “Most people just use the water they have on hand for this, and it’s amazing how it helps maintain, if not enhance, the taste.”

Both products are for sale in the Noble Cut bottle shop, and they’ll likely make an appearance in central Ohio bars and restaurants in the coming months.

In step with the brand’s roots in US history, Magnolia’s packaging produces a bottle that has a distinct air of vintage Americana about it. From small touches like the horizontal tamper-proof sticker covering its corked top to the label itself—which features classical font and the brand’s namesake Magnolia flower—it feels a bit like you’re unplugging from the chaos of today and taking a quick sip back in time.