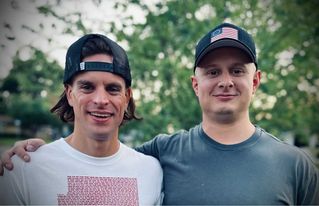 This taco truck tour is must-try for Columbus foodies

Chances are you’ve witnessed the “low-proof” cocktail trend that’s sweeping the city, turning out increasing numbers of drinks with little to no alcohol content.

We’re talking about The Dry Mill, which is ready to serve as an entirely alcohol-free bar. You read that right, a sober bar. While there isn’t an exact timeline just yet, owners David Payne and Colin Thomas have narrowed down their list of potential Columbus locations, and hope to open soon.

While the concept might seem paradoxical at first, with an increasing demand for low-ABV and alcohol-free options at local bars and restaurants, it’s actually anything but. Even more, for sober Columbus residents like Payne and Thomas, it will provide a much-needed social space free of booze.

“When we first got sober a few years ago, there was a feeling of being an outsider, and we didn’t feel like we had a safe environment where we could hang out,” Payne said. A veteran of the U.S. Army who began drinking after returning from overseas, he believes The Dry Mill can become a haven for veterans looking to avoid alcohol as well.

The Dry Mill will feature a full coffee bar, locally-sourced craft sodas, and a wide variety of alcohol-free beer and cocktails. According to Payne, there’s no shortage of great non-alcoholic drink options.

“Not only are there people within Columbus who have stopped drinking entirely, but also a lot who are simply taking a break from drinking. A lot of the big-name beer companies are starting to cater to the sober crowd by offering 0% ABV beer choices,” Payne said. “There are many more options now than there ever has been before, so we believe this may be a big reason more people are choosing non-alcoholic drinks.”

The Dry Mill plans to establish a fun alcohol-free zone to socialize, but according to Payne that doesn’t meant you don’t have to be sober to enjoy the space.

“The Dry Mill will be an alcohol-free space for everyone to enjoy. There are many people who drink alcohol, but they may not want to be around that atmosphere on a particular night.” Payne said. “The Dry Mill will be for anyone who wants to have a good time and not be surrounded by alcohol.”

If you like this, read: Spirit-Free Drinks for Free Spirits