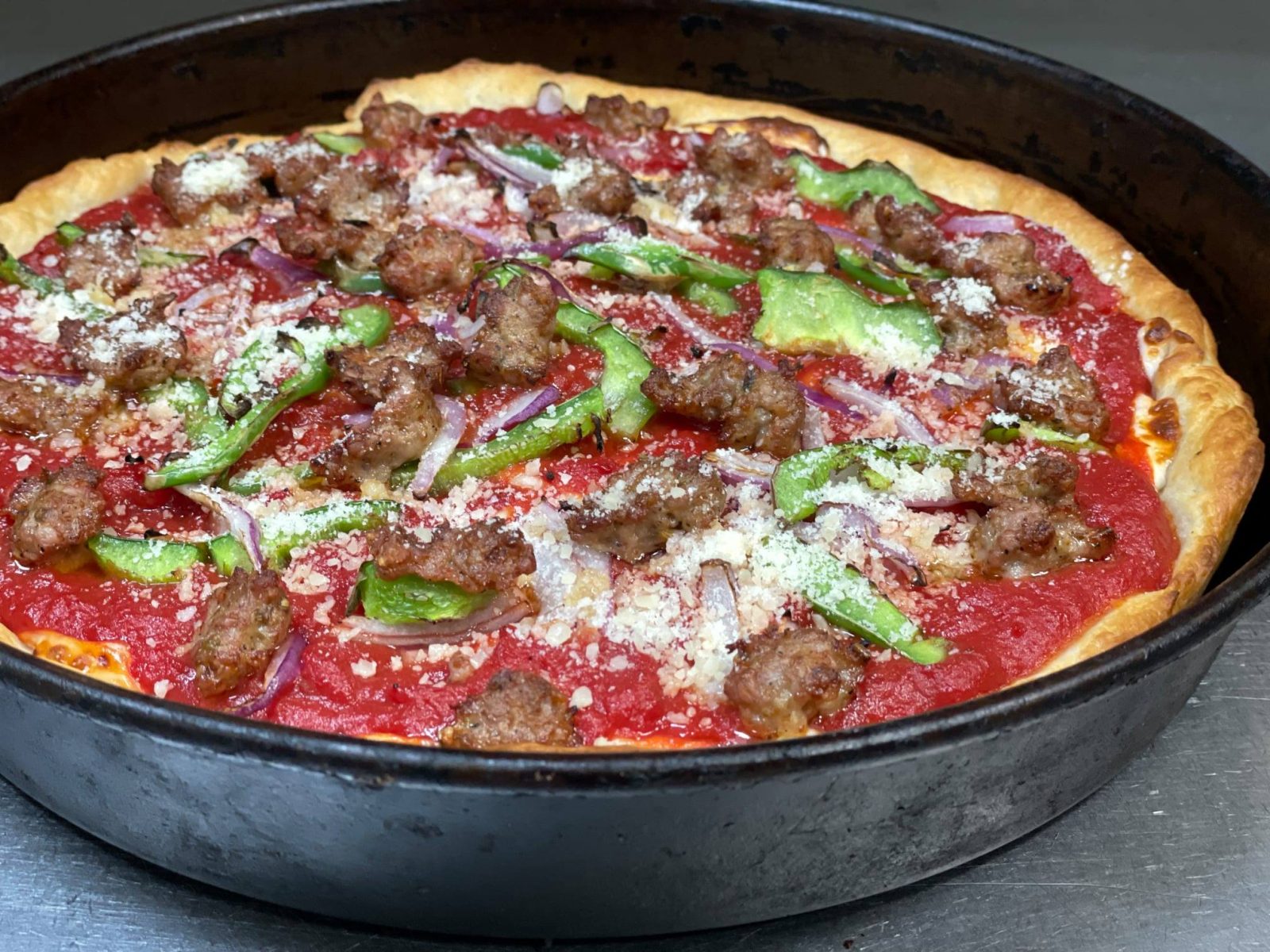 Columbus-style pizza is great; there’s no question about that. Sometimes, though, we all need to switch things up a little bit. And when you get that itch we have just the spot for you: Mama Nancy’s Pizza.

Operating out of a former Grandpa’s Pizza storefront located at 3495 E. Broad St. on the city’s East Side, Mama Nancy’s opened to the public last weekend.

Like its name implies, this new pizzeria is serving up thick, deep dish pie using an authentic recipe. The eatery’s namesake, Mama Nancy, was a friend of the store’s owners who hailed from the Chicago area, and shared with them her recipe for real Chicago-style pizza.

“We started working on this store last year, and then Mama Nancy passed away in December, so we went along with everything she’d done for us and named the store after her,” said Justin Tavor, co-owner and store manager. “After all, it’s her recipe we’re using.”

According to Tavor, Mama Nancy’s pies begin with a Chicago-style pizza crust, which is then topped with a layer of Wisconsin cheese, toppings, another layer of cheese, followed by a liberal scooping of red sauce on top of the pizza, with even more toppings and a dusting of parmesan cheese loaded on top of that.

The eatery is currently open Monday through Sunday, from 3:30 until 10 p.m.

“We’d had this location for about eight months,” Tavor said. “It’s really just been a journey, and we’re excited to finally be open.”