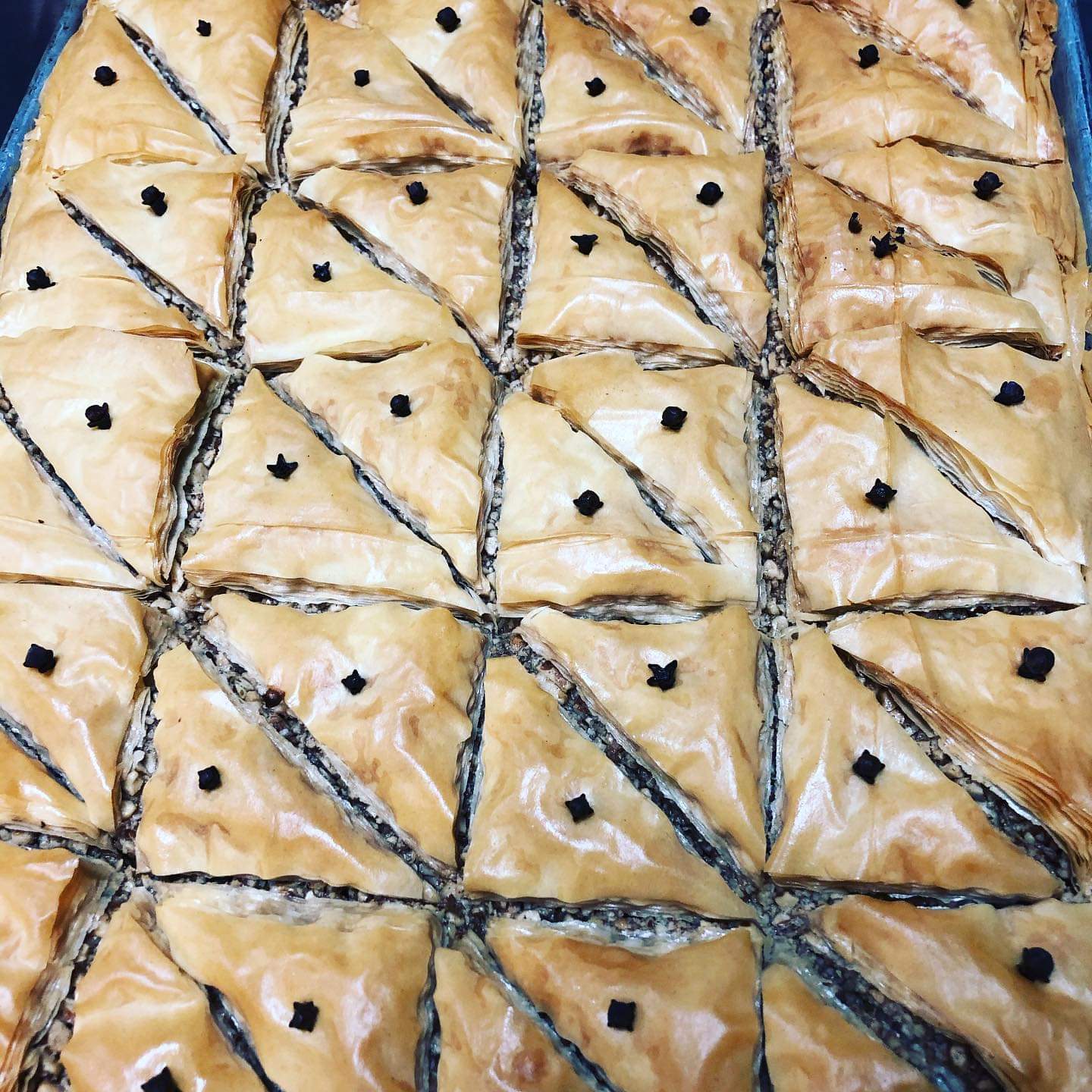 Another new vendor has opened its doors at North Market Bridge Park.

And while this is the new company’s first-ever venture into the restaurant world, don’t think owner Katy Ailabouni isn’t a seasoned veteran of Columbus’ cuisine scene. If you recognize her last name, it’s likely because her family (namely her mother, Maggie) owns and operates one of the most popular Mediterranean restaurants in Columbus, Mazah Mediterranean Eatery. And while Ailabouni still helps out her family restaurant and continues to receive support from them, she felt it was time to step out on her own.

“Mazah has been around for about 10 years; they focus on home-cooked meals—specialities you might find in your family kitchen. And a lot of things from Mazah still carry over into what I do, since I’m my mom’s oldest,” she said. “But the thing is, you can have too many cooks in the kitchen, and it was kind of time for me to do my own thing.”

As its name suggests, Ailabouni’s new restaurant specializes in one thing: falafel.

“There are a lot of countries that have these kiosks where all they sell is falafel, that’s it. And we want to provide people with that type of experience here,” Ailabouni said.

With freshly-fried chickpeas and the highest quality pickles, hummus, cabbage slaw, and all the other accoutrements that go into truly outstanding falafel, this new Bridge Park eatery is a spot you really don’t want to miss out on.

And while providing the best falafel to her customers is Ailabouni’s top priority, Falafel Kitchen also offers other delicious and authentic Mediterranean delicacies.

“With our new kitchen here, we have a chance to incorporate some other things that we’re really excited about,” she said. “Right now there are a lot of items and flavors that we’re trying out, and if people like them then they’ll probably be back.”

These include sides like Za’atar bread, a Middle Eastern flatbread topped with an array of savory spices. Ailabouni is even experimenting with an array of fillings for her Za’atar, such as spinach, cheese, and hot peppers. These flavors have also carried over into everyone’s favorite side dish in the form of Falafel Kitchen’s $4 zesty Za’atar fries.

And if you have a sweet tooth, you’re covered here as well, as the new Dublin spot has begun whipping up house-made baklava, the irresistible sweet and flaky Mediterranean treat.

“A lot of these side items are based on family recipes as well, and whether you prefer them for breakfast, as a little snack, or even as a meal itself, you’re going to enjoy them,” Ailabouni said.