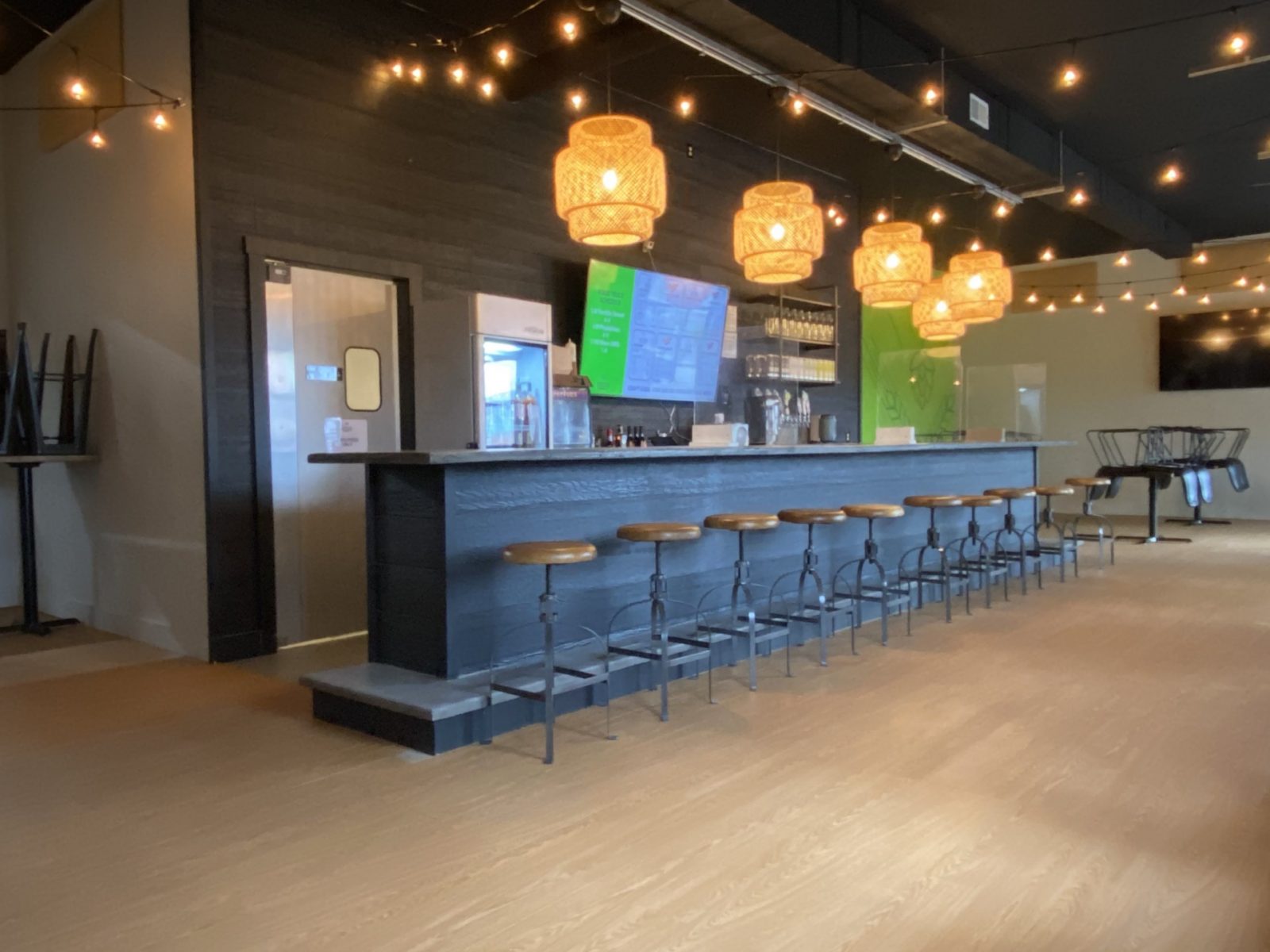 A closer look at how Service! is providing relief for hospitality workers

Even though the Reynoldsburg-based Eastside Brewing Company officially opened its doors for the first time on Jan. 7, the beermakers are no newbies to the Columbus scene.

“We’ve been growing like crazy at Buckeye Lake since we opened in 2012; we’re always trying to keep up with beer demand.” said owner Rich Hennosy. “Where we were looking to expand again, the locations weren’t going to be big enough. We were landlocked there, and had some issues with the village and trying to obtain the permits we needed.”

Not long after, the beermakers received an invitation from Andrew Bowsher, Reynoldsburg’s development director, to check out several potential new spaces in the growing community. One of those, a massive 5,000 square-foot building, was the right fit for Buckeye Lake.

“It was perfect. We were attracted to the location because, in addition to giving us more production space, it would allow us to open a second taproom,” Hennosy said. “The east side just felt right too; it seems to be where all the growth is.”

The only thing that didn’t feel quite right to Hennosy, though, was slapping the brewery’s original moniker on its brand-new spot.

“We didn’t want to call it Buckeye Lake Brewery. When we do this, we want to attach ourselves to the community and say ‘Hey, this is our brewery, for all of us,’” he said.

Beer for both Buckeye Lake and Eastside Brewing will be crafted at the new Davidson Dr. facility, which according to Hennosy is split roughly in half between brewery and taproom space.

“This just helps us manage our stock a little bit better than having two beers for every style,” Hennosy said.

And even more exciting is the slate of new beers being crafted specifically for Eastside Brewing. According to Hennosy, many of these are still underway, as the brewing team adjusts to working with a new system in a new location, but there’s a lot to look out for.

A trio of hop-forward IPAs are on the production dockett, referred to as Lower East Side (a session IPA, lower in ABV), Midtown IPA (a full-strength single IPA), and Upper East Side (a double IPA). Additionally, one of the new brews that appears to have its recipe hammered out already—making it the first unique Eastside beer—is an oatmeal stout called Ohian, which is perfect to get you through these last few months of winter.

And when the weather does warm up, Eastside looks to have a lot to offer its new community as well.

“At the Eastside location we have a really great outdoor space; our property is on a full acre there,” Hennosy said. “When the spring comes we’re going to have some great patio space and a great beer garden. Especially during the pandemic, people will be [ready] to spread out and have their own little parties going.”