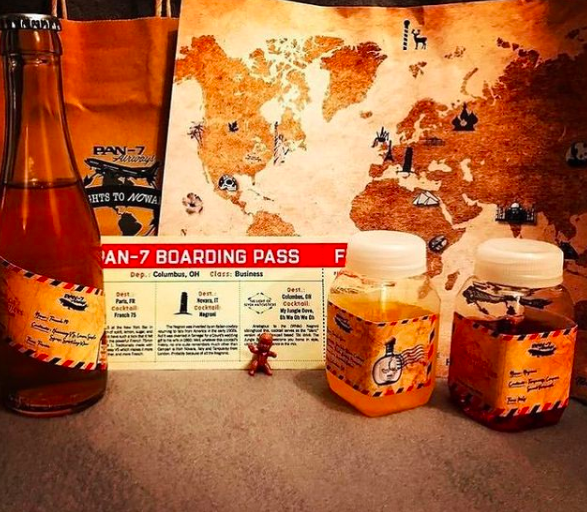 Photo courtesy of the Light of Seven Matchsticks' Instagram page

From the Ground Up

Worthington-based cocktail bar The Light of Seven Matchsticks may be awaiting the warmer months to reopen, but that doesn’t mean you can’t enjoy their mixed drinks while you wait.

Their newest collection, Flights to No-wair, is a riff on the wanderlust that we’ve all been feeling.

Beverage Director P.J. Ford said staff wanted to create something that would be an at-home experience for their customers.

“We didn’t want people forgetting about us,” he said.

Ford said the cocktails were inspired by airlines that were offering flights to nowhere to travelers with a case of cabin fever during the pandemic.

“We thought this would be a fun way to poke at that while offering a fun experience at home,” he said.

Ford said the kits come with a map for customers to mark off where they’ve been. Light of Seven Matchsticks has a surprise for those who try all the cocktails, he said.

The flights should be available at least until the cocktail bar reopens, which Ford said he’s hoping might be spring. Light of Seven Matchsticks has been closed since the state-mandated restaurant shutdown this past spring, he said.

“It is much too small of a space, and underground,” he said.

While Ford said the re-opening timeline is still up in the air, he’s hopeful about spring.

“People just seem to feel more safe in the warner weather, and that might give us a chance to find the best way to safely host people in our little nook,” he said.