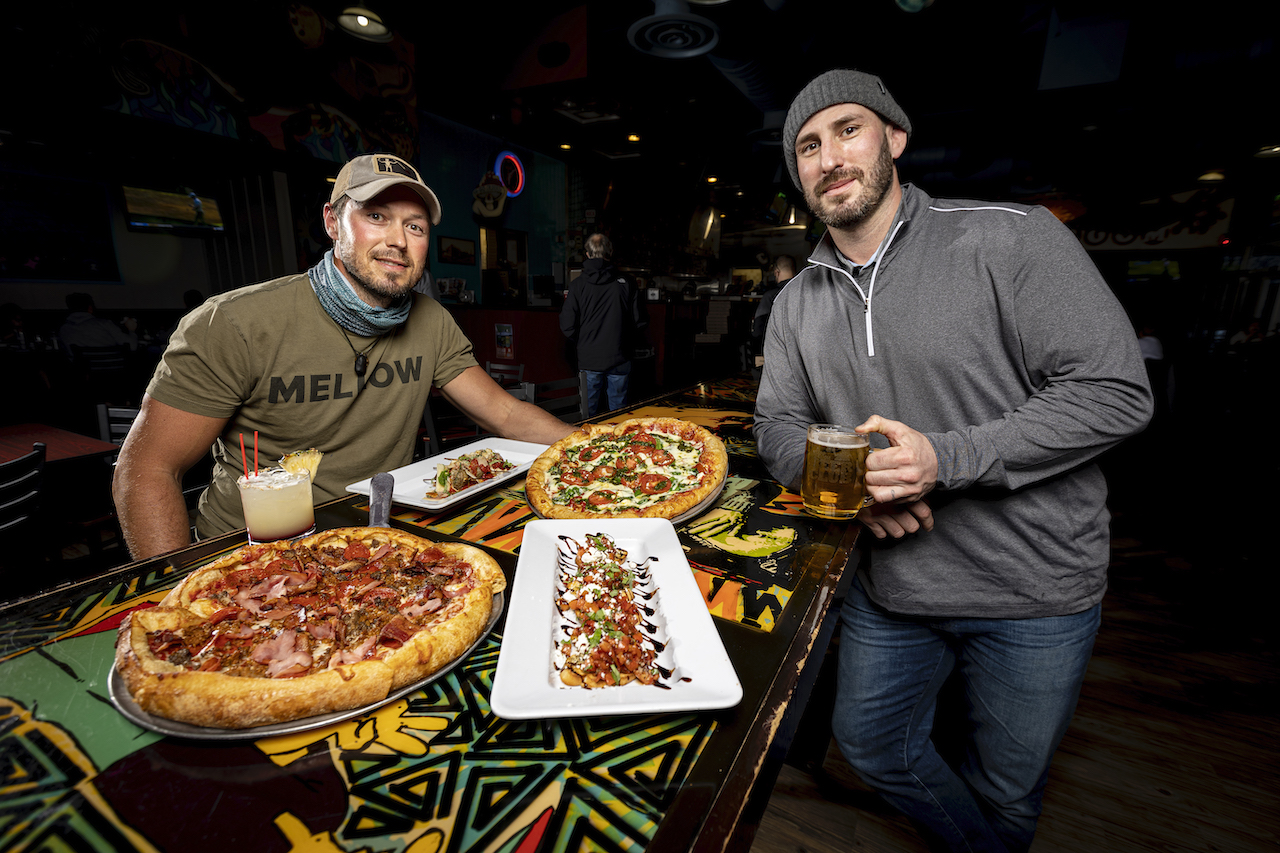 Luke Zachrich’s journey from the octagon to pizza

Luke Zachrich could probably get you into a supine armbar just as easily as he could make you a pizza.

He has professional experience doing both.

Not many would predict pizza could be part of a UFC fighter’s career trajectory, but that’s exactly what happened after Luke stepped away from fighting due to injury and ended up helping his brother, Colby Zachrich, with a Mellow Mushroom franchise.

After Luke jumped on board, the business became a bonafide family affair, with their parents relocating to Columbus from South Carolina, and their sister moving to the area as well.

“The entire family was scattered around, and funny enough, this brought us back together,” Colby said.

But before pizza, before martial arts, Luke was a football player.

A Division-I college football scholarship recipient, Luke decided NCAA football wasn’t for him not long into his college career. It took stepping away from his first sporting love, football, to connect Luke with his second love: mixed martial arts.

“I just wanted to do something to get me back in shape,” Luke said. “I met a guy who did submission grappling and was having a ton of fun doing it. I just never looked back.”

And although he had no previous MMA training, Luke parlayed his introduction to the sport into multiple professional fights at the UFC level, and even an appearance on the hit TV series The Ultimate Fighter in 2008.

But then, as it so often does, the injury bug struck, and Luke stepped away from fighting later the same year.

“After multiple injuries, multiple operations, it really does take a toll on you,” he said. “I think I would’ve stuck around longer if it wasn’t for that. I mean, I was never going to be a top-five-in-the-world guy, but I was a solid fighter.”

From this point, it was out of the frying pan and into the, well, pizza oven.

While Luke was off grappling in an octagon across the country, his brother Colby (the two were born only 16 months apart) was living out a different kind of dream—one that involved pizza. Because, for however long both brothers can remember, Colby had a love for one specific pizza restaurant: Mellow Mushroom.

“When I was a kid, my family would always go to Hilton Head, and we would go to the same Mellow Mushroom,” Colby said.

So, naturally, when a franchise in Columbus became available in 2009, Colby did what seemed to be written in the stars for him: he became a franchisee.

Colby later opened a second location in Dublin in 2011. And who did he tap into the ring to help him out? You guessed it, his older brother Luke.

According to the former MMA fighter, many of the skills that made him a professional athlete also helped in his managerial role.

Instead of spending four to six hours per day lifting weights or hitting the elliptical, Luke spent his time overseeing pizza ovens and menu changes.

While he did jump back into the UFC ring for a period following his work at Mellow Mushroom (he tried his hand at boxing for a short stint as well), Luke knows, like his body regularly tells him, that his fighting days are behind him.

But he’s made peace with that, and has a 14-4 UFC lifetime record to show for it.

Luke remains a regular presence around Mellow Mushroom, offering a hand when he can, or stopping—like his parents often do—just to say hey, even though his day job is as a sales manager for Zimmer Biomet, a global orthopedics company.

“It really is a family restaurant,” he said. “And I couldn’t ever totally leave it.”