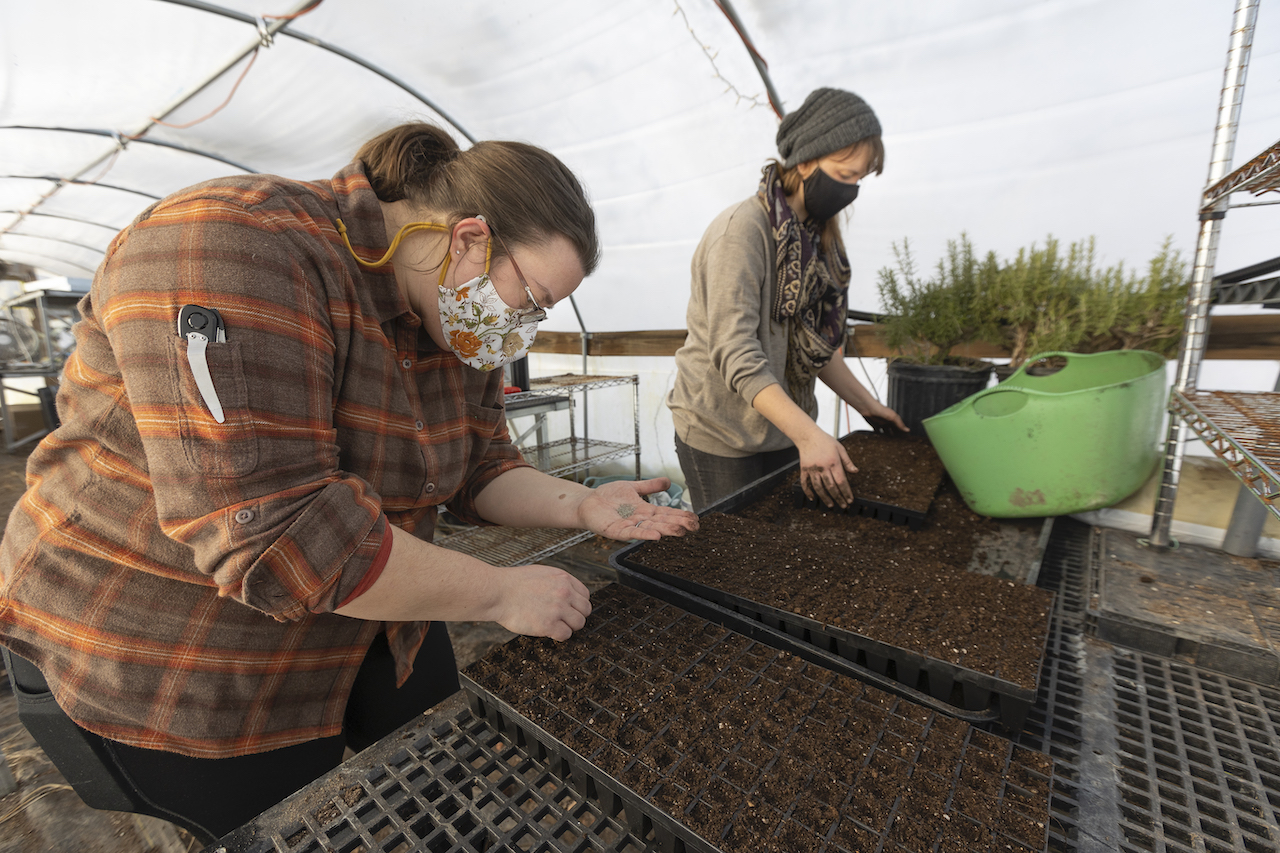 How to make your backyard an oasis

Think of a farm. Any farm. What probably comes to mind is an idyllic expanse of field, dotted with cornstalks, perhaps soybeans. Or maybe it’s a wooded patch of apple trees you picture in some remote, pastoral corner of the world.

What probably doesn’t come to mind, though, is an unassuming home in the Columbus neighborhood of Linden. But that’s exactly where Foraged & Sown—an all-natural farm store and one of the most fascinating businesses in Columbus—first began.

“It started in the yard of my house, believe it or not,” founder Kate Hodges said. “The front is probably 24 by 30 feet, and the back is 24 by 15. That was it for growing space at first.”

But the fact that Hodges was able to grow her business in spite of this shouldn’t really come as a surprise, since she’s always been good about making the most of what she’s given. For example: The foraging classes she used to teach at Wild Goose Creative were designed to show students how and where to harvest useful plants from a semi-urban environment, ones that get overlooked daily.

“When you don’t treat your lawn, all sorts of weeds grow, but most people don’t know that a lot of them are edible, like dead-nettle, henbit, chickweed, and cress,” she said.

Utilizing her knowledge of foraging and relying on the little land she had use of (which has grown to include much larger patches of land since), Foraged & Sown blossomed in Columbus.

Hodges got some help along the way as well. While she founded the company herself, she now operates alongside three other business partners, Holly DeLong, Jane Larsen, and Karli Leffel.

Today, Foraged & Sown offers an eclectic list of natural and mostly home-grown products that are sold both at local farmers markets and a sleek online store. This includes fruit preserves (sour cherry, apricot, and concord grape jelly), dried herbs, and a full slate of herbal teas. Their most popular tea blend, Mystic, is an easy-sipping blend that includes tulsi basil and fragrant rose petal. Another blend, the light and fruit-forward Ambrosial, features many of the fascinating herbs they grow, such as lemon verbena, mojito mint, tulsi basil, and the eye-catching pineapple sage.

“You don’t always see sage in tea, but like the name suggests it smells like fruit; it smells just like pineapple,” said Leffel, who regularly offers hands-on assistance in the field and greenhouse.

Other flagship products include a fine line of herbal salt blends. With options like Lemon Spicebush, which combines artisan salt with a hint of lemon preserve and the unique, peppery tang of the spicebush berry, these seasonings add an original blast of flavor to any meal.

And while Hodges’ Linden backyard (which now features a pair of greenhouses and her basement to “start” seedlings during the colder months) is still in use, the Columbus company has moved on to other pastures.

“It helps us so much,” Hodges said. “We’re still scaling but you can expect a lot more output in the coming years.”

While it was a taxing process (their FSA-guaranteed loan was difficult to obtain due to the nature of the business), the move at long last affords Foraged & Sown a little elbow room. It allows them to step outside of that crowded Linden backyard and—like so many of the young plants Hodges has carefully coaxed out of the Earth—grow upwards.