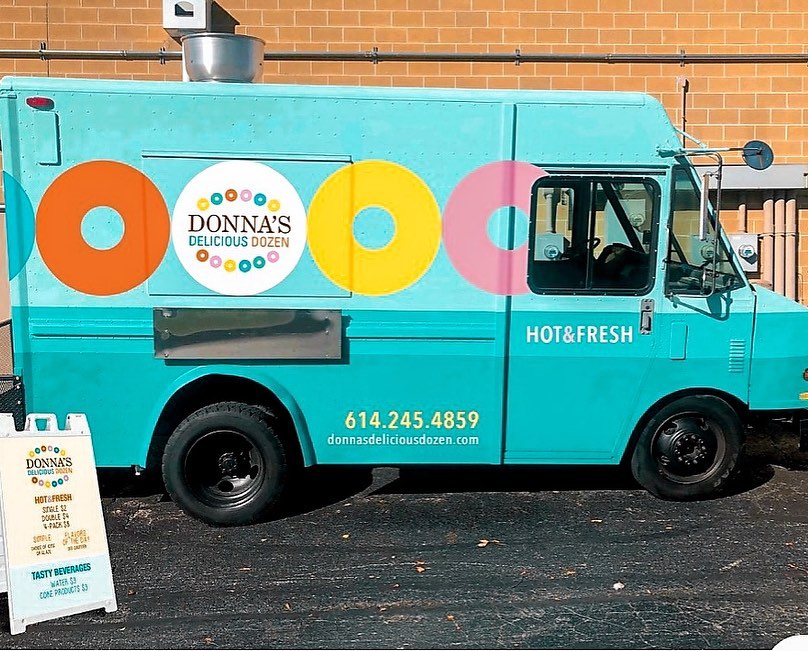 If you like your donuts best when they’re on wheels, consider trying out Donna’s Delicious Dozen’s new food truck.

The truck will have the same concept as the storefront, in that donuts will be made to order, said owner Tracy Lukemire.

Open for about a year and a half at 5322 North Hamilton Rd., Donna’s has a variety of icings, drizzles, and toppings. There’s the Cinnamon Roll Crunch (vanilla icing topped with Cinnamon Toast Crunch cereal and a chocolate drizzle) and the It’s All About the Bacon (with your choice of maple or chocolate icing topped with chopped bacon). We’re feeling particularly excited though, about Feelin’ Fruitylicious, a donut topped with vanilla icing and Fruity Pebbles.

Donna’s will begin taking reservations in February for the food truck for booking in April. She said she plans to take the truck out for pop-ups, and events such as weddings and birthday parties.

To nab the truck for your own festivities, email [email protected].