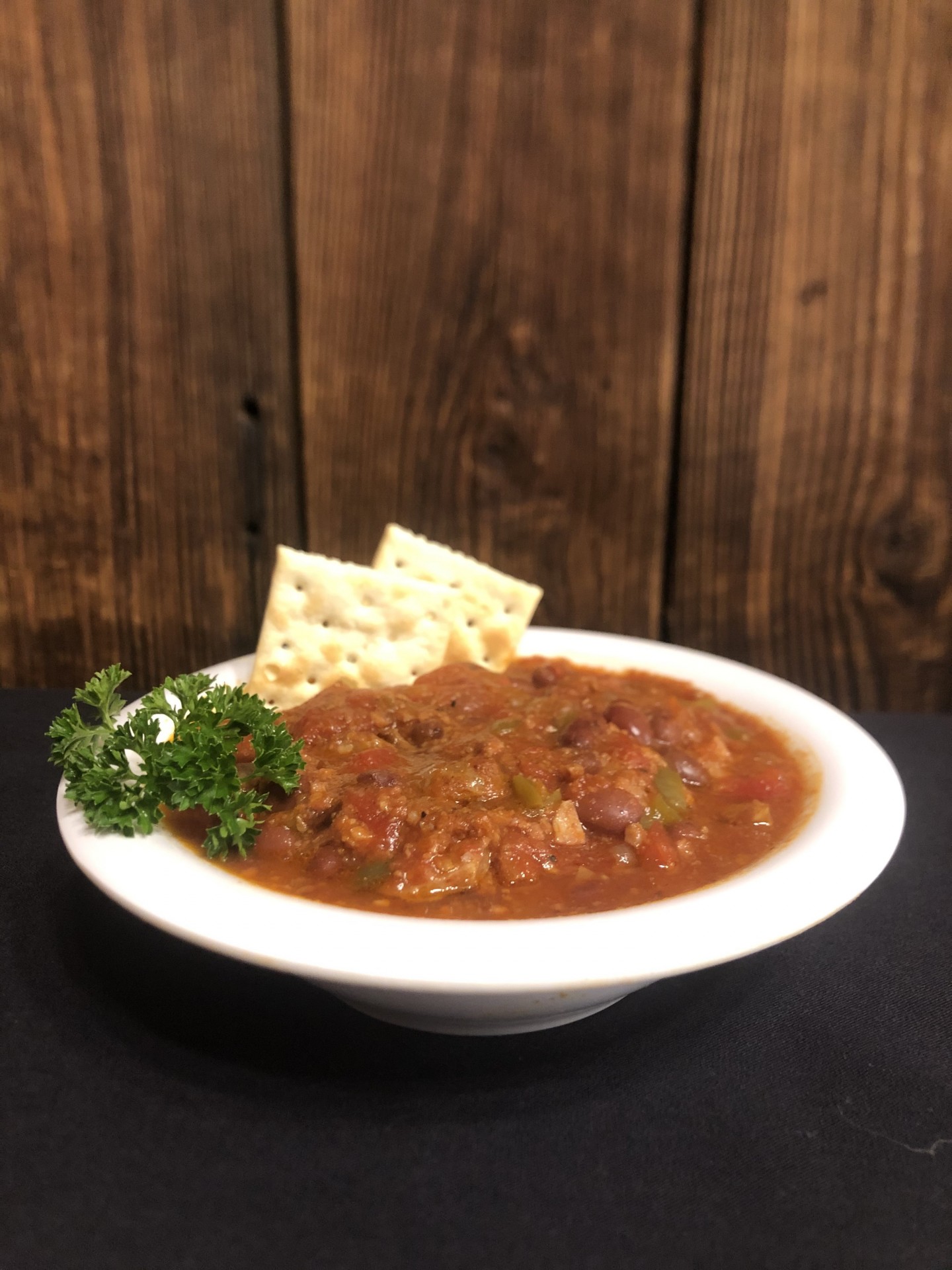 You likely know Schmidt’s Sausage House for their iconic German Village restaurant and array of top-tier meat products. You might even know them for their ever-changing line of jumbo cream puffs.

Now, it’s time to make room for their homemade chili.

While Schmidt’s offered chili in the past, it was a premade variety. In early February they introduced an all-new, homemade chili to their menu. It will be available at their restaurant on Tuesdays and Saturdays all year, and in Schmidt’s Sausage Truck through the end of winter.

“One of our goals at Schmidt’s now is to make as much stuff in-house as possible; we want our food to be genuine and have our own flair, our own flavor in it,” said Schmidt’s brand ambassador Kyle Schmidt.

And Schmidt isn’t kidding either when he mentions the eatery wanting to put out unique, genuine flavors. In fact, there’s a handful of those in their new chili.

“I was manager in the restaurant for about nine years, so for a while I worked in the kitchen. And one of my favorite things to do when we had chili was to take pieces of Bahama Mama [a Schmidt’s original sausage made from lean beef and pork and hickory smoked] and put them in the chili. It was delicious” he said. “We thought, ‘Why can’t we make something like that ourselves?’ So now we add chunks of Bahama Mama meat and even bratwurst to our chili. We wanted to make it Schmidt’s, something you couldn’t get anywhere else.”

And while much of their fare is already created in-house, the scope of Schmidt’s production simply doesn’t allow the eatery to craft all of their food items from scratch. According to Schmidt, though, the German Village sausage makers are planning to expand their list of homemade offerings whenever possible.