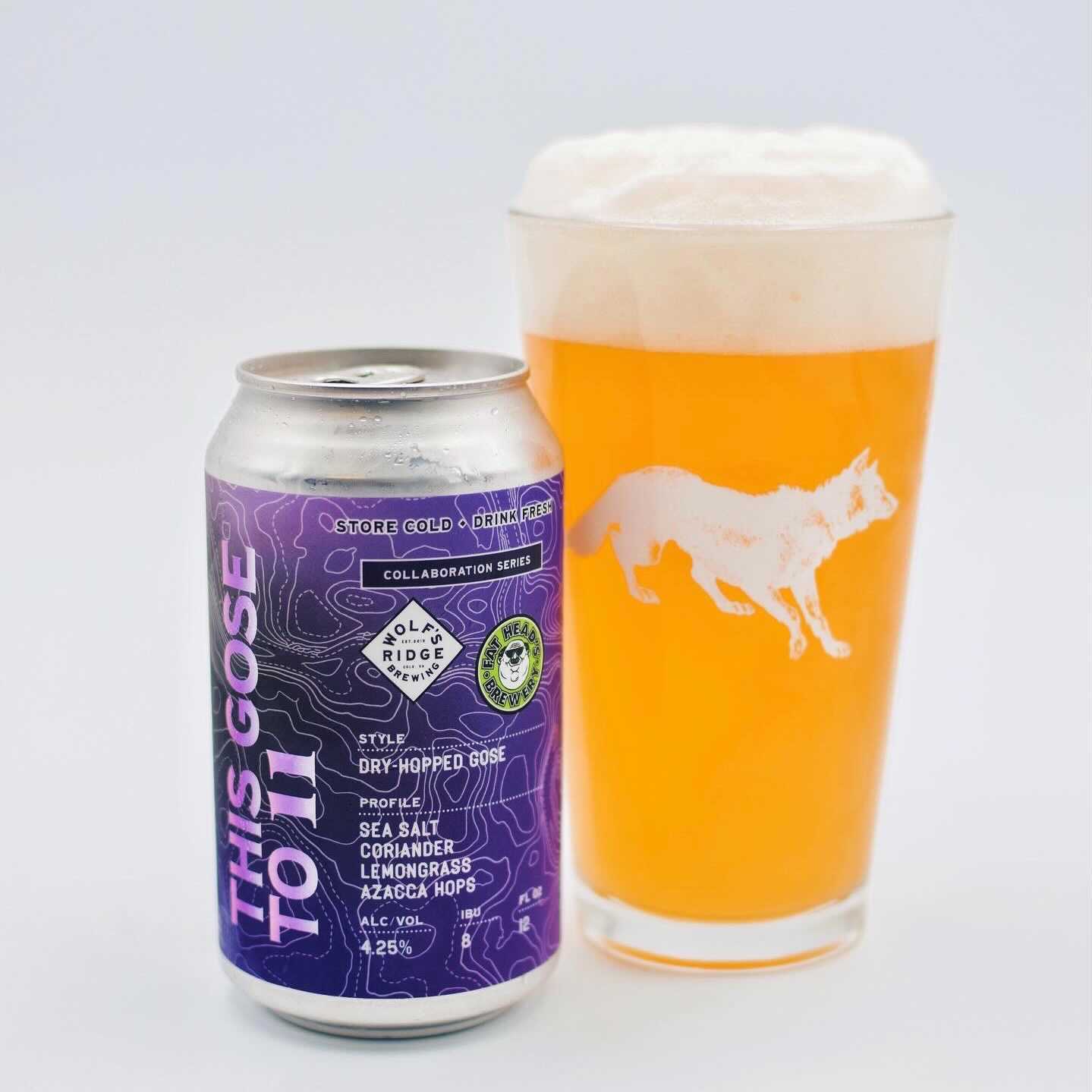 Sour beer fans, you’ll want to grab a six-pack of the gose that was born courtesy of a collaboration between Fat Head’s and Wolf’s Ridge.

We’re talking about the This Gose to 11 six-pack, a dry-hopped gose with 4.25% ABV featuring Azacca, Citra, and Nelson hops.

The beer went on sale in March and has been one of Wolf’s Ridge fastest-selling seasonals, and there isn’t much left, said Wolf’s Ridge Brewer Chris Davison.

“We wanted to create a beer that spoke to each brewery’s strengths and also create a beer in which we were all able to learn something,” Davison said.

For their first-ever collaboration, both breweries had an opportunity to learn from one another.

While Fat Head’s hadn’t experimented much with sour beer prior to the collaboration, their prowess in the hops department inspired the team to dry hop the gose, Davison said.

“I think the respective teams at each brewery have respected each others’ beer for a long time,” he said.