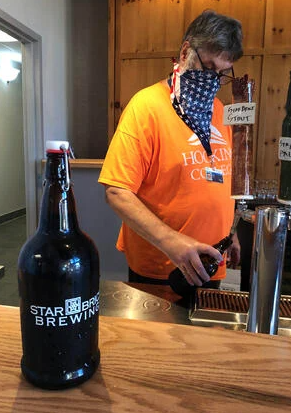 Five ways to rejuvenate your yard with native and natural concepts

Come spring, Columbus beer fans will be able to get their hands on new brews from Starbrick Brewery, owned and managed by Hocking College.

He said blond ale Hawk’s Lite (named for the college’s mascot) and Starbrick IPA, created in partnership with Shawnee-based Black Diamond Tavern, are expected to hit shelves this spring.

“I would like to have a few more beers than just the two,” Hedin said.

He said he’d like to build up the offerings with a stout and wheat beer option as well. The students’ experimental brews are available on campus and, if received well, could become flagship beers.

Both the distillery and the brewery are part of the college’s Fermentation Science program, a two-year degree program focused on brewing, distilling, viticulture, and fermented foods.