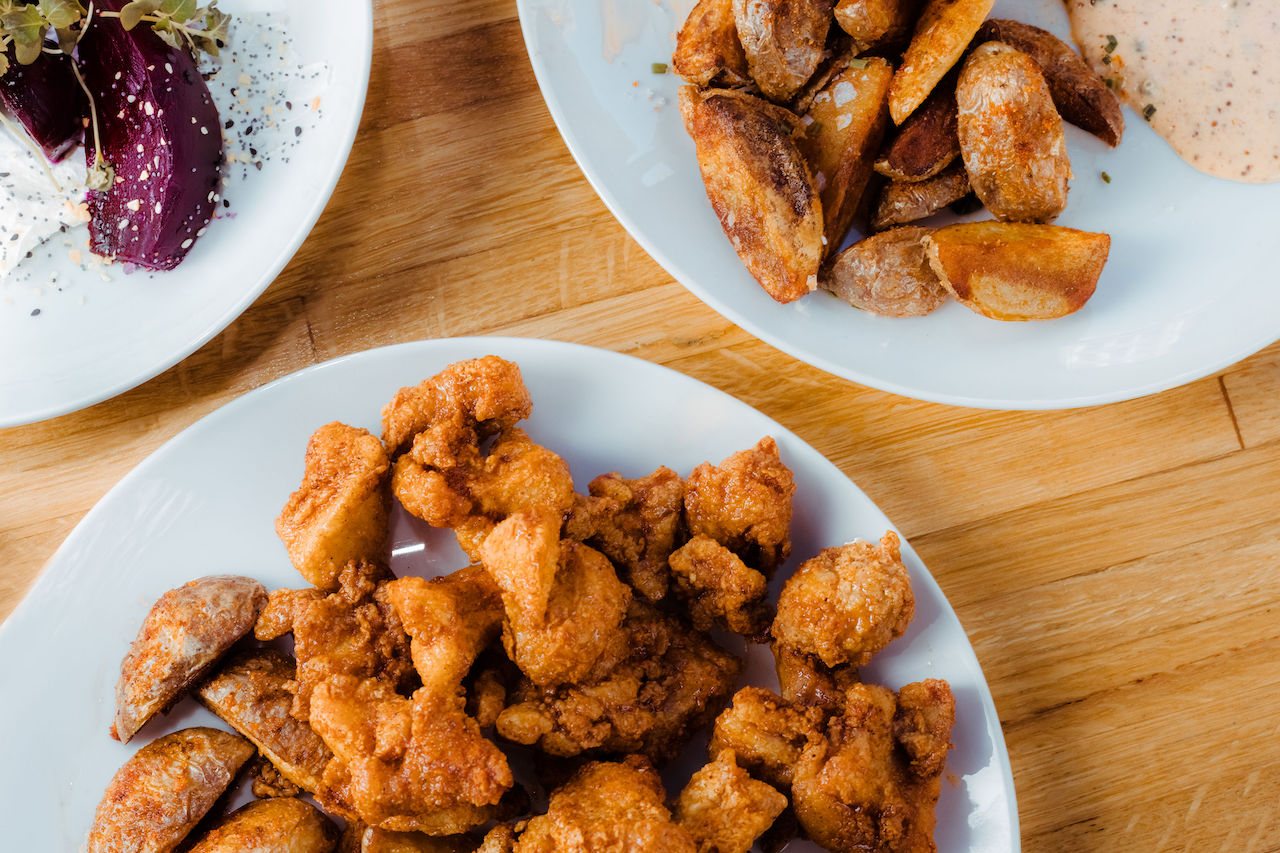 For Adam Yoho, it’s the open-kitchen concept that makes Uptown 51 Kitchen + Bar feel like an intimate experience for guests.

“What we hoped to bring to Uptown 51 was a unique experience where the guest receives attentive service and can interact with the kitchen and chef directly,” said Yoho, who co-owns the eatery with Derrick Hodge. “It feels like having guests at my home, albeit the kitchen at Uptown is much nicer.”

Uptown 51 has become a new Gay Street destination for guests to feast, drink, and be merry. Following a soft opening last December, the space officially opened in March. The fast-casual service is as well-suited to a post-workday cocktail as it is to a curated soiree such as a birthday or anniversary.

Uptown 51’s ambience is open and raw, allowing guests to focus on conversation, good times, and elaborate meals. Boasting an upscale drink menu, selections are a blend of traditional options—such as the Maple Old Fashioned with Maker’s Mark bourbon whiskey, bitters and orange, and Ohio-based maple syrup—and unique takes on cocktail standards like the Elderflower Cosmo.

The food is as high-end as the libations. Yoho partners with the Butcher & Grocer to feature locally-raised products and features seasonally specific, artisanal finds from the farm, sea, and garden.

“[The] ground beef for our Bacon Dream burger is sourced from RL Valley Ranch through The Butcher & Grocer,” Yoho said. “We also feature a weekly Butcher’s steak. This changes on what they have available, but is always Ohio beef. The produce also comes from local farms when available.”

Yoho often shares restaurant dishes with his family for their stamp of approval.

“The Nuggs [Uptown 51’s hand cut chicken nuggets] has been a big fan favorite. According to my daughter, they are better than Chick-fil-A, which for a nine year-old is a huge compliment,” he said.

Although Uptown 51 is the first restaurant Yoho has owned, he’s a veteran of the culinary world. A graduate of the Art Institute of Atlanta’s Culinary Arts program, Yoho has  worked as a professional chef for nearly twenty years. He navigated  the dining scenes of Texas and Pennsylvania prior to relocating in Columbus, participating in the opening of eight restaurants along the way.

“As a chef, I believe in getting the best ingredients and letting them shine,” Yoho said. “Ultimately, making delicious food, offering gracious hospitality, and enjoying my work has continued to keep me passionate about my craft after many years.”