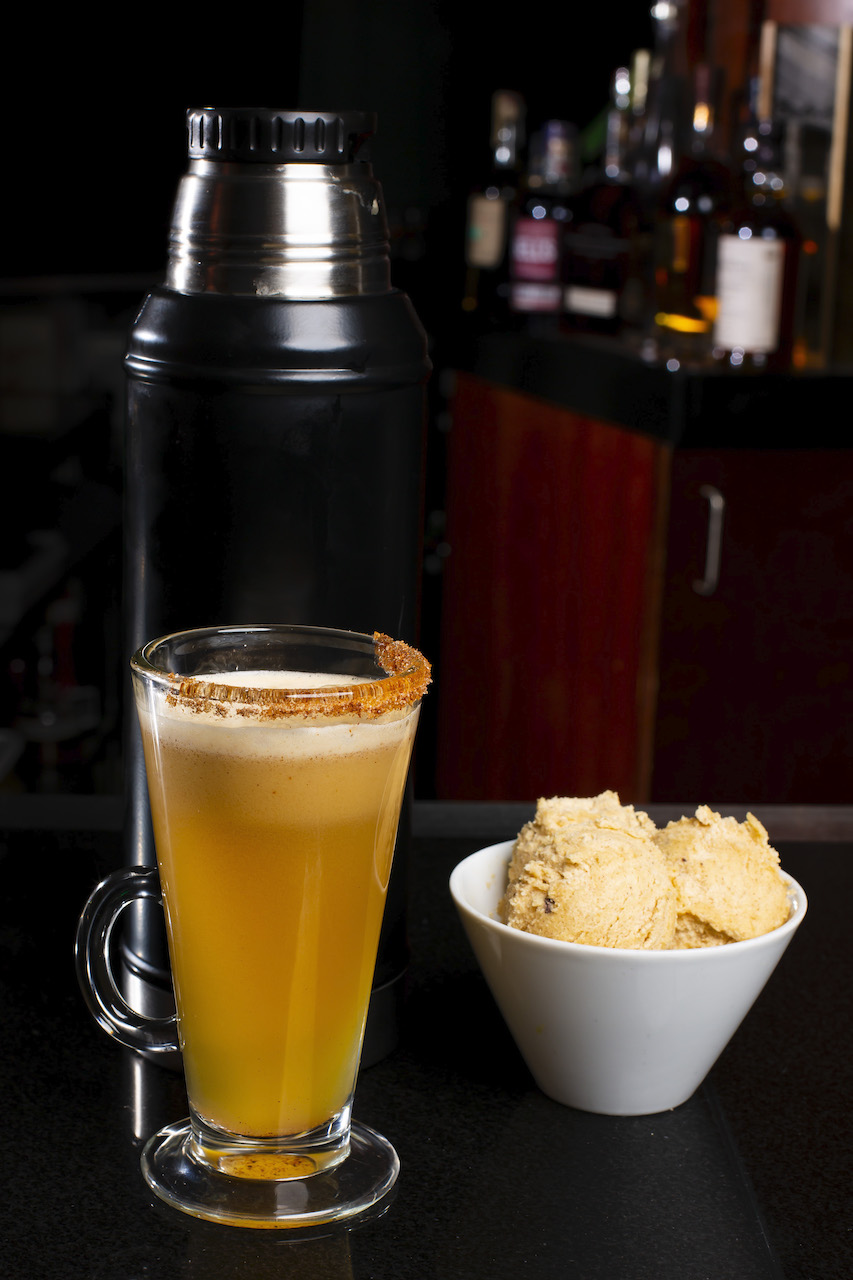 Winter bevies that warm the hands and heart this season

When the days get shorter, darker and colder, there really is nothing better than peeling off those freezing gloves and warming your cold hands with a hot mug of…well something delicious. With the right ingredients, you can craft a special bevy to warm your body and heart, too.

Andrea Cornwell, Cameron Mitchell Restaurants’ beverage director, said she looks to familiarity, tradition, and all those things that make you feel cozy at home when trying to find inspiration for a hot winter cocktail. Things like rich baking spices, caramel, vanilla, cigars, and oak are all part of her winter drink palette.

“All those different, subtle flavors make me think of [winter] time,” she said.

“You’re looking for that type of richness or depth in flavor that is carried through by a texture,” she said.

In the hot buttered rum cocktail at Mitchell’s Ocean Club, Cornwell used brown sugar, honey, and baking spices, the latter of which she brightened up with a bit of salt. The butter, she said, makes the flavor linger a bit longer on the palate. Although the drink has a sweeter profile, Cornwell said it can be enjoyed before, during, or after a meal.

“It would really go with anything perfectly,” she said, adding it goes well with steak, oysters, or a chocolate or caramel dessert.

Combine all ingredients in thermos and pour Hot Buttered Rum in mug.

Feel free to make one at a time until anticipated volume is established. Multiple servings are available for ease of execution.

Using an electric mixer, beat all ingredients until blended and smooth.

Like Cornwell, Two Truths General Manager Laurie Granger also uses nostalgia as inspiration for creating seasonal drinks. She said their Spiced Cider, available hot or cold, has been a hit this fall.

Rye is especially fitting for a cider, Granger said, because it already has its own spice. The Poblano liqueur also adds a mild heat, perfect for the chilly season. The cider is mulled in-house with allspice, cinnamon and nutmeg.

While a good spiced drink is a way to warm up, some say that a bit of caffeine is often the ticket to ward off those winter doldrums.

“To us, it had flavor components that went the best with coffee,” said Neff. While some whiskeys can “hit you” when heated up, this one was smoother, he said.

To make the drink, Neff heats up coffee and adds a tablespoon of dark brown sugar. After adding the whiskey, he tops it with fresh whipped cream. To give it true Irish flair, he sprinkles cinnamon on the cream using a special template to create three interlocking swirls. This design is the same one found on the ancient Newgrange monument, and one that many believe symbolizes birth, life, and the afterlife, Neff said.

“You get history involved,” he said.

For another drink that’s rich in heritage, look to the chocolat chaud, from La Chatelaine French Bakery & Bistro.

This decadent hot chocolate (chaud means “warm” in French) is served in a bowl rather than a cup, and it’s meant to be held with your fingertips, said co-owner Valerian Wielezynski.

The drink is made from scratch each time it’s ordered, Wielezynski said. First, ganache, a mixture of La Chatelaine’s homemade chocolate combined with African dark chocolate, is combined with cream in a double boil, making the mixture reach a consistency akin to melted butter. Then it’s steamed with heavy cream and milk. Honey is added to the drink, which is served with whipped cream and chocolate shavings.

“There’s always a wow factor when they see the bowl coming to them,” he said.