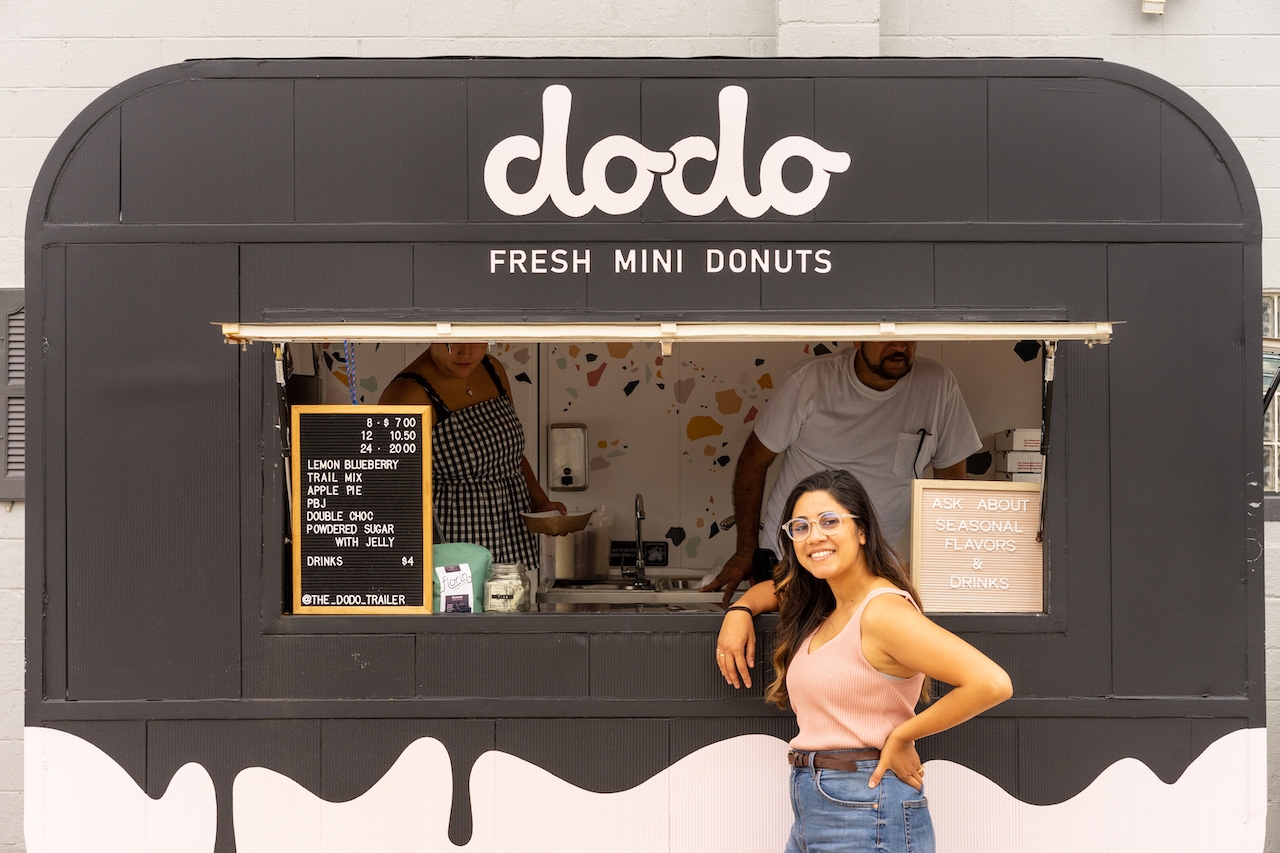 Maybe it’s the completeness each bite brings, or the satisfying way they fit neatly into our palm.

Whatever the reasons, the hottest spot in Columbus to pick up some of these tiny treasures is Dodo Donuts. This new confectionary—which operates from a refurbished trailer—only opened several months ago in mid-May, but it’s already established itself as a local powerhouse.

“I remember, my husband and I went on a trip to New York City and we were floored by this little kiosk selling mini-donuts,” Owner Ciara Auddino-Barnum said. “But all I could think about was, ‘OK, how can I make these, but better?’”

Because baking is nothing new to Auddino-Barnum, whose family owns Auddino’s Italian Bakery, located just west of OSU campus, her experience helped her craft what just might be the perfect mini-donut recipe.

And it all starts with the dough.

“It’s a cake donut base, and it uses an old Italian family recipe, so the denseness is there,” she said. “They get a little crunchy on the outside and are soft and fluffy inside, very similar to funnel cake. Especially when they’re still warm.”

But that’s not all, as the mobile confectioner also offers an array of even wilder one-off and seasonal varieties. This summer, keep your eyes out for monkey business (candied banana, peanut butter and chocolate), Piña Colada (dried pineapple and coconut with warm spices and a whipped conduct glaze), lemon lavender, mango tajin, and more.

For many of their flavors, Dodo Donuts actually dries and processes fruit into a fine dust for another layer of both flavor and intrigue.

With swirls of caramel sauce or bursts of freshly- powdered fruit, both the presentation and flavors Auddino-Barnum creates feel fresh and new. But really, she’s drawing on something older every time she serves a customer: nostalgia.

Whether it’s recollecting a bag of hot Tom Thumb donuts from the Ohio State Fair, or a boxed dozen from the corner bakery you grew up on, she wants to draw out these memories, while creating new ones for younger Columbus donut-lovers as well.

“We wanted something that was super nostalgic and relatable. We’ve had plenty of older customers compare our donuts to ones they had had when they were young,” she said. “It’s been so cool to touch on childhood memories and to introduce new ones in such a unique way.”

See where they’re at next on their Insta account @the_dodo_trailer