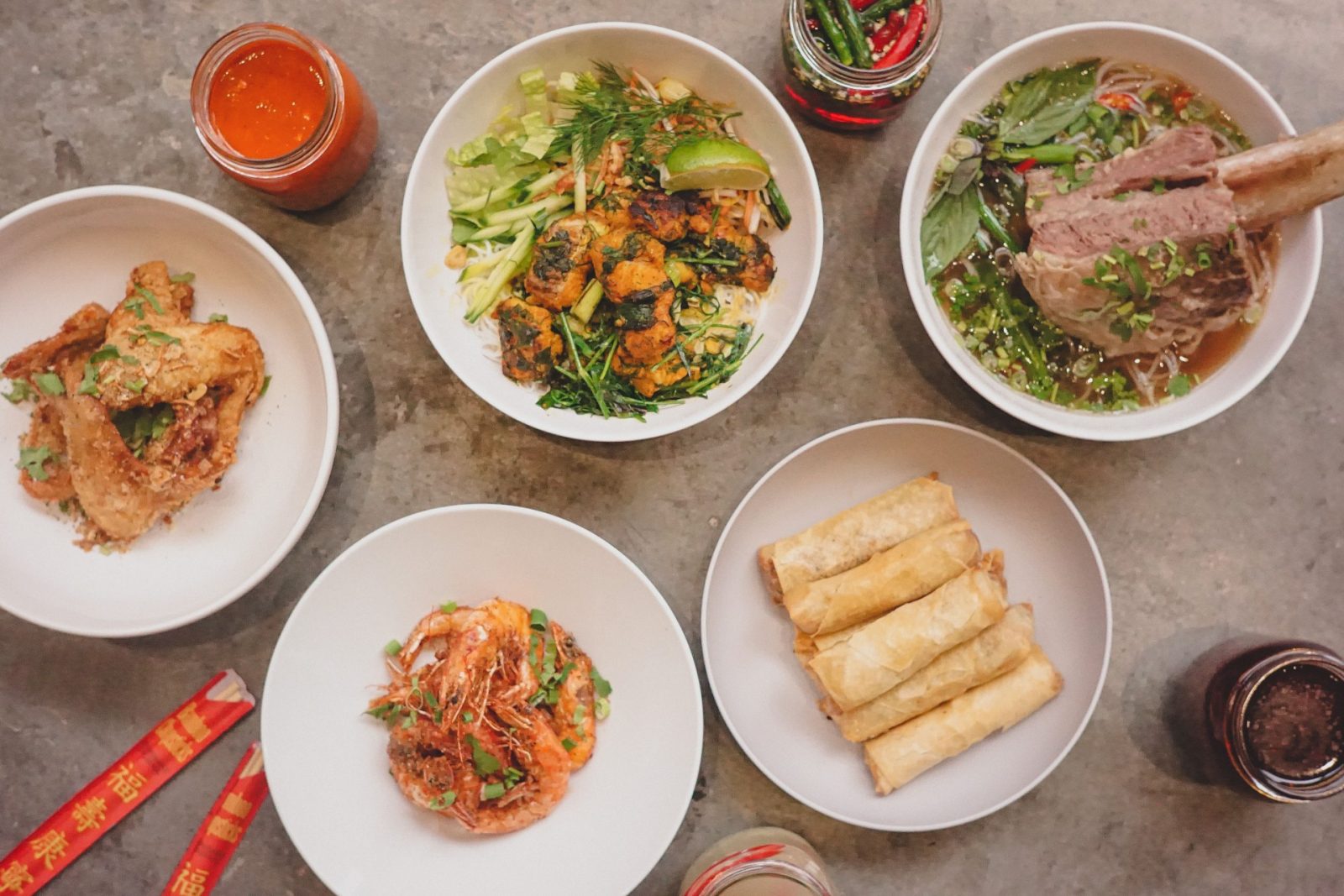 One of the city’s most beloved spots for Vietnamese cuisine, Lan Viet Market was first launched by the Le family in 2010 at North Market Downtown, and the spot has been serving up warm, savory bowls of pho alongside top-tier bahn mi sandwiches (plus much more) for over a decade now.

And luckily for Dublin residents, the new Lan Viet Market—which opened its doors in Bridge Park on Dec. 18—is now offering even more of its signature northern Vietnamese flavors. According to Khanh Le, who jumped into the family business after graduating from OSU in 2012, the new location has the capacity to dive into more unique and interesting dishes, ones it wasn’t able to offer at the downtown spot.

“Dublin is double the size of the downtown restaurant, and there are so many things we have at the new location that we simply didn’t have room for before, like a fryer and storage space,” he said.

One of the menu items new to Bridge Park is a savory, aromatic seafood dish known as Cha Ca La Vong. The dish features whitefish marinated in turmeric and dill that’s later pan-seared with herbs and served over rice noodles with fresh vegetables.

“It’s a really famous Hanoi-style noodle dish; it’s this bowl of so much flavor that’s so light and vibrant,” Le said.

Additionally, the new spot will soon be offering their deeply savory short rib pho, and even more adventurous eaters are invited to check out whole head- and tail-on salt and pepper shrimp. And yes, the whole thing is edible.

“You get all of those flavors from the head and everything else; it’s great and has actually been selling extremely well,” Le said. “We’re going to continue introducing more of those flavors that we love, the ones that I grew up eating as a child.”

And while Le notes that—especially with the setbacks Bridge Park experienced—it’s been a bumpy ride at times, Lan Viet couldn’t be happier with their new Bridge Park location.

“Obviously opening a new restaurant during these tough times took a leap of faith. It was like riding down the knife’s edge; there were ups and downs and setbacks. But everyone at the North Market has been nothing but incredible business partners. They’ve been so patient with us, and we’re grateful for the opportunity,” he said. “And since we opened, it’s been nothing short of amazing. There’s such an incredible atmosphere up here, and everyone is so supportive.”

According to Le, what sets the popular eatery apart from other Vietnamese spots is Lan Viet’s specific regional focus.

“My family is from Hanoi, which is northern Vietnam. And the flavors between the north and south are pretty drastically different,” said Le, who immigrated to the U.S. with his family in 1994 when he was four years old. “The main difference is that southern VIetnamese restaurants use a lot more sugar in everything, from pho to fish sauce; everything in the south is sweeter pretty much. Our dishes are more true to that northern style.”

This means a Pho broth that is even more savory and complex, with different layers of flavors appearing more readily as you continue to dive in.

“With pho you can add whatever you want—lime, hot sauce—as you go, and it becomes your own personalized bowl; it’s like a journey of many soups in one soup,” Le said.