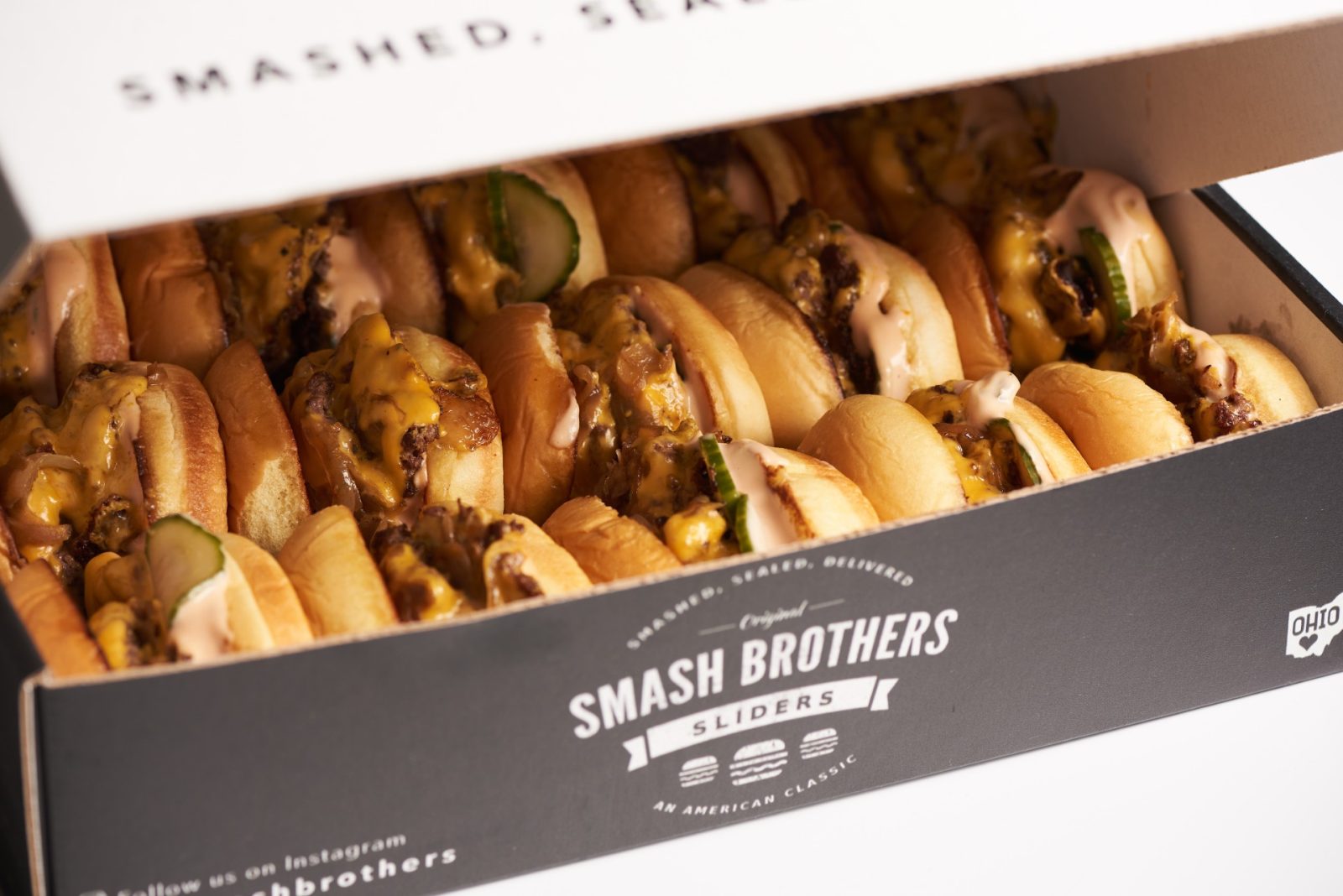 The innovative new eatery Smash Brothers Sliders will be bringing its own version of the smash burger to Columbus. The concept is holding its grand opening on Dec. 2 at The Ohio Taproom.

Smash Brothers will operate a modified ghost kitchen out of their food truck, which will remain at the brewery and serve customers on-site, but will still take a full slate of delivery and pickup orders as well.

What sets the new concept apart, according to Sam O’Brien, who operates the new eatery with his brothers Andy and DJ, is the fact that it’s intentionally crafted for delivery service.

“Most restaurants had to adapt with COVID, and started focusing a lot more on their online sales, but none of them were designed to do that. We are,” O’Brien said. “We’re focusing on providing awesome packaging and food that’s just as good 30 to 60 minutes after it’s made, because that’s normally when you’re eating delivery food. We want to provide the best delivery and takeout experience available; the concept is made for that.”

Billed as sliders, Smash Brothers’ smash burgers are smaller than the average burger patty, meaning diners are encouraged to go for several.

Smash Brothers will offer a burger “flight”, which will include one each of their three varieties: a classic burger, one served Angry style (with jalapeños and a spicy pepper sauce), and an “oozing” grilled cheese option.

“You can try more things with sliders, which we see consumers wanting,” O’Brien said. “The burgers also fit perfectly into their packaging, which we pay a lot of attention to. It’s about the entire delivery experience for us.”

Currently, Smash Brothers Sliders is slated to remain at The Ohio Taproom until March 5. According to O’Brien, the eatery is leaving its options open for its next step, but it will continue to focus on delivery and carryout.

If you like this, read: Preston’s is opening a new standalone restaurant that will serve burgers and fried chicken