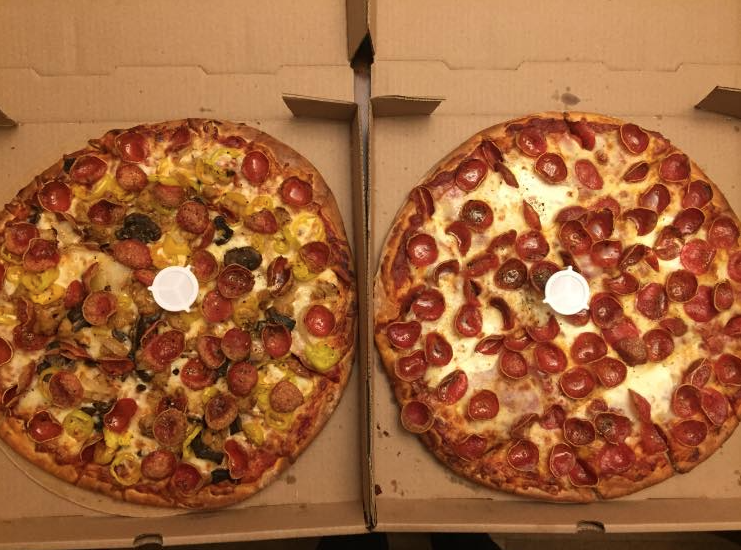 Do you think you could ever get tired of eating pizza?

Since March 19, they have eaten a pizza a week, and they’re not stopping.

Julia Johnson Davis said there were two reasons she and her family started a weekly pizza night during the pandemic. First, it was a way for her daughter, Charlotte, to continue having pizza on Thursdays. (Pre-pandemic, Thursday was pizza day at her school cafeteria.) Second, it was a way for the family to support local restaurants.

We stay home as much as possible,” Davis said. “My husband is considered high risk, so we are very careful. We used to dine in restaurants a few times a week, but haven’t since March.”

So is the family tired of pizza yet?

Davis said she hasn’t been bored.

“Choosing a place and driving all over town (dog included!) has been an adventure to look forward to every week,” she said. “The pizzas are all so different, so that also keeps it interesting.”

While they always get asked what their favorite pizza is so far, Davis said the family can’t choose just one.

Still, she said the deep dish pizza from Meister’s Bar has stood out for her, since the style isn’t one that’s found much around the city. Her daughter, Charlotte, favors Possum Holler Pizza, because the toppings made the thin crust work for her.

So what do you think, Columbus? Would you start a weekly pizza commitment? We think as New Year’s resolutions go, it’s a pretty solid one.