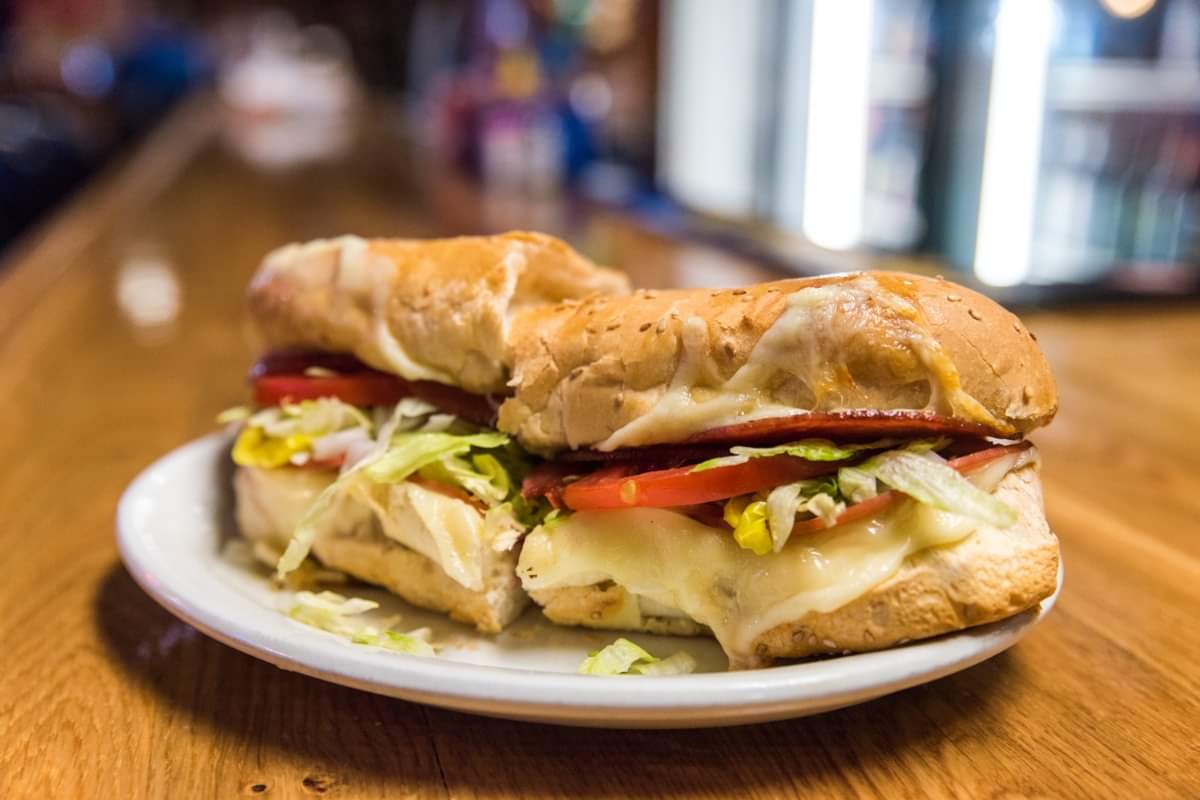 For one reason or another, sub sandwiches never get the love they deserve. The consummate lunch item, they’re delicious, portable, and endlessly customizable. And that variance can be seen throughout the great sub spots Columbus is supporting, where you can grab anything from a philly cheesesteak with fried lobster tail, to an Italian sub that’s featured mostly the same recipe since the 1930s. So without delay, it’s time to dig into our list of the top sub spots in Columbus.

By now, this long-standing Clintonville restaurant is synonymous with Columbus subs. And for good reason: It’s been serving up some of the city’s favorite sandwiches for the last 40 years. This line of classic subs isn’t going to reinvent the wheel—with options like Italian, meatball, and turkey—but India Oak’s sought-after sandwiches are a lot like its modest but inviting interior: no frills, just really, really good.

While Wario’s, which opened in the Arena District just last year, might not have the same enormous fanbase as India Oak among Cbus sub-lovers, they’re very quickly growing one of their own. From an indulgent steak and cheese to their classic Italian cold cut, what makes Wario’s one of the best sandwiches in Columbus is the quality of their proteins, which are butchered fresh daily by owner Stephen Madias and his team.

Another Columbus institution, Yogi’s Hoagies has been cooking up mouth-watering subs on the city’s north side since 1977. They generally keep a low profile, so it’s understandable if you don’t know the name. But these sandwiches speak for themselves. Try the spicy Italian (which throws in jalapenos), or the Eastern Eddie, a sub packaged with “an obscene amount of salami, ham, and cheese,” plus a medley of fresh veggies that’s only served cold.

If you’ve driven anywhere on the east side of Columbus, chances are you’d recognize the signage for TAT, which broadcasts those three, supersized red letters above the bustling intersection of James Road and Livingston Avenue. Also known for their pizzas and Italian entrees, TAT’s subs use the same fresh Italian ingredients that’s kept the restaurant around since 1929. Did we mention they’re served on fresh, house-baked bread as well?

Many of the city’s favorite sandwich shops feature classic, can’t-miss menu items that are relatively familiar. Black Box Fix is not one of these places. The new Easton eatery (originally from Cleveland) delivers subs jam-packed with everything from buttermilk fried chicken and grilled steak to jumbo shrimp and fried lobster tail. And their signature OMG sauce is made in-house and served with most of their eye-popping sandwiches.