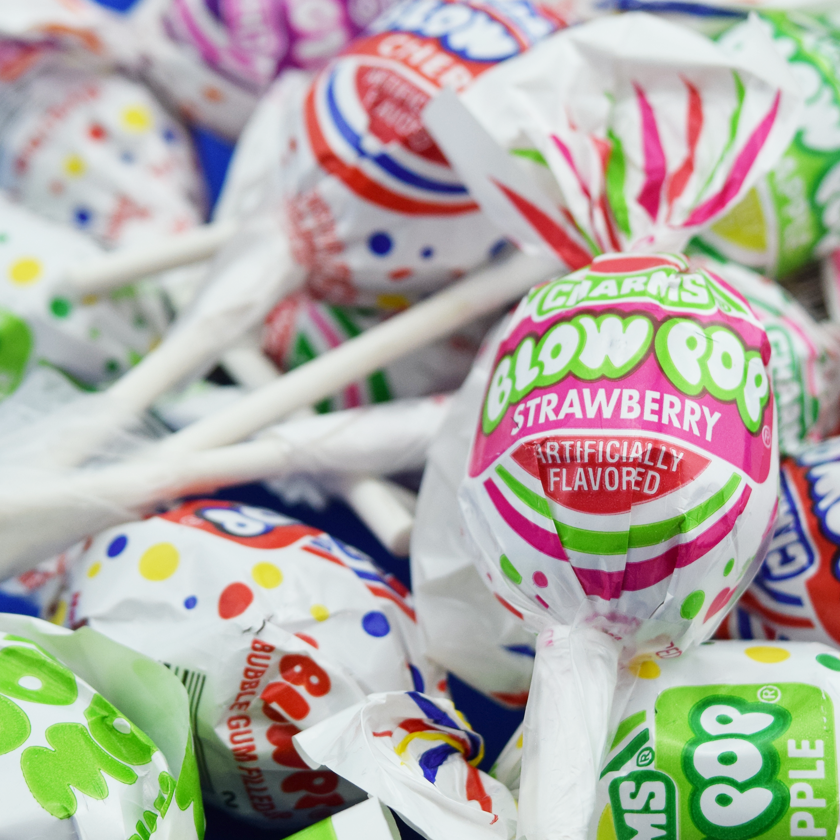 Columbus Brewing to host largest pop-up market in Columbus with nearly 100 vendors, and their taproom will be open

Considering the popularity of certain Halloween candies, it’s likely many of already have an idea of what we think the state’s favorite is.

According to nearly 15 years worth of research, the states surrounding Ohio boast some pretty typical selections: Reese’s Cups in Kentucky, Starburst in Indiana, and Hershey’s Mini Bars in Pennsylvania.

For the Buckeye State, though? Believe it or not, Charms Blow Pops are the favorite.

We know; this is news to us, too, Columbus.

These results come according to Candystore.com, an online candy retailer that surveyed 14 years of sales data to uncover—at least in terms of net weight sold—which candy was the most popular. Since 2007, Ohioans have purchased a staggering 157,827 pounds of Blow Pops.

In case you were wondering like we were, the state’s runner-up options were much more predictable. Ohio’s second-most popular candy is M&Ms (148,727) pounds), with Starburst (132, 890 pounds) coming in third place.

If you like this, read: From house-sized Star Wars replicas to robotic zombie hordes: Check out our favorite Halloween decorations