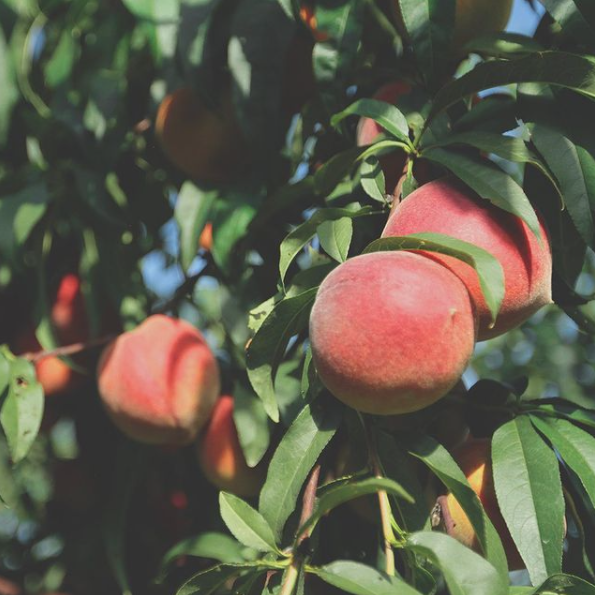 Photo via The Peach Truck's IG

Justin Bieber might get his peaches down in Georgia, but that doesn’t mean that you have to travel that far.

In fact, thanks to the The Peach Truck, you’re now able to grab truly fresh, orchard-quality peaches in amounts as large as you’ll possibly need all without leaving Franklin County.

Making its way through 33 U.S. states with over 1,000 total stops, the truck sources peaches from the highest-quality family farms in the Southern United States, getting them into your hands within only a few short days of being picked.

“The peaches in every box have been picked just a few days earlier, providing flavor and texture not available from grocery store peaches that are at least several weeks old,” a representative for The Peach Truck said.

While the term truck today refers to a much larger vehicle, the business actually did start out of the bed of a personal truck, a 1964 Jeep Gladiator, to be precise.

Shortly after relocating to Nashville and purchasing the truck (which they refer to as “love at first sight”), Stephen and Jessica Rose began selling peaches. But they didn’t settle for just any, selecting farm-fresh, recently hand-picked peaches from Stephen’s hometown farm in Peach County, Georgia.

A short five weeks later, the pair had already sold a whopping 10 tons of fresh peaches from the back of their truck, and after a rapid expansion to booths across Nashville, they decided to share their love for fresh fruit with as many other Americans as they could.

Now each year The Peach Truck starts a tour winding its way through over half the country, one that includes a plethora of stops in Columbus and the surrounding area, both at the end of June and July. Customers preorder the amount they want, and they pick up at the most convenient location—a service making the truck the largest direct to consumer seller of peaches in the world.

For a full list of central Ohio dates and locations, look here.

The Peach Truck also lets customers opt for home delivery, with options like peach gift boxes, jams, and even a full- and half-season subscription to make sure you always have some on hand.