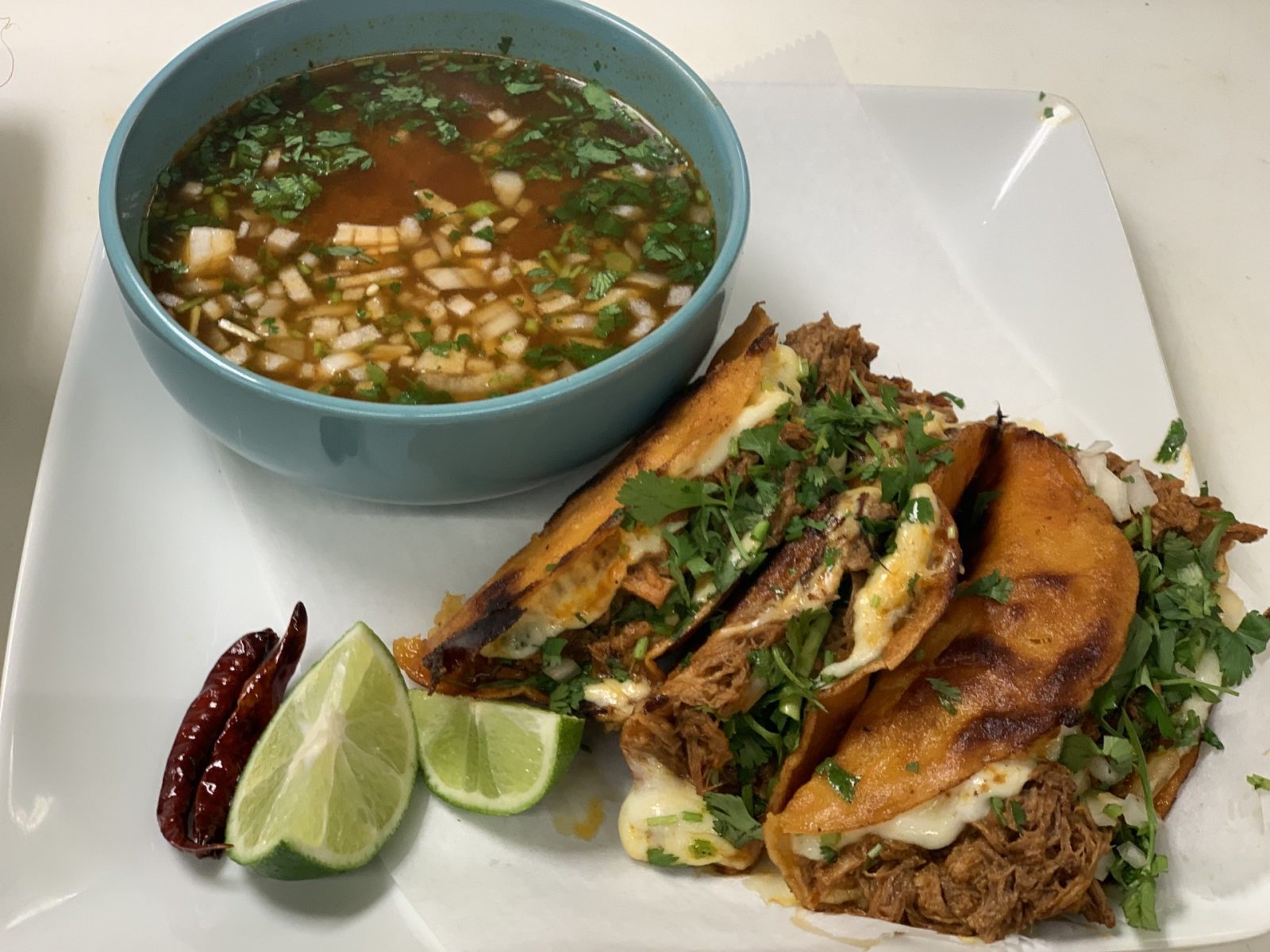 Genesis is heading to Nationwide Arena

There aren’t many places—in Columbus or elsewhere—where you can get succulent, authentic Birria alongside a quality pizza to go.

But then again, there aren’t many restaurants like Martha’s Fusion Kitchen.

The North Linden eatery, located at 3331 Maize Rd., opened its doors in January of this year, after its namesake Martha Armenta teamed up with Columbus real estate agent Jose Zacatelco.

After a several-year-long search for the proper venue, the two finally decided upon the former location of Bella Pizza. In fact, the signage from the former pizzeria still hangs on the building. This is being replaced soon enough, but it stands as a fitting tribute to a truly unique culinary situation.

That’s because Armenta and Zacatelco never intended to make pizza in the first place.

When they agreed to lease the building, they also were given the chance to take on Bella Pizza’s old kitchen equipment. And they jumped at the chance.

“Martha was a little skeptical at first, because we basically took over the full Bella Pizza, but I convinced her it’s going to pay off,” Zacatelco said with a laugh. “That’s where the ‘fusion’ comes from.”

And while their pies are definitely worth a visit—and they’ve brought in experienced Italian chefs to ensure quality—what most people come to Martha’s for is their rich, savory Birria.

In case you’re not in the know, Birria is a Mexican stew featuring meat marinated in a savory blend of adobo and other spices, prepared as a stew or served in tacos, tostados, or quesadillas, resulting in a uniquely juicy, flavorful entree.

But according to Zacatelco, Martha’s Birria was a late addition to the menu, and originally not intended as a full-time dish.

“One day Martha came in with ten pounds of meat and decided to make Birria. We decided to do it as a weekend thing for a short time, but then people kept calling and asking for it,” he said. “So now we’re known as the Birria place.”

And that’s not just our assessment: The people of the (614) are officially all-in on the new versatile spot, regularly filling up its handful of dine-in tables, with more orders flooding in each day.

“Everybody’s been so excited about our food, we love it. We love how Columbus has responded to us,” Zacatelco said.