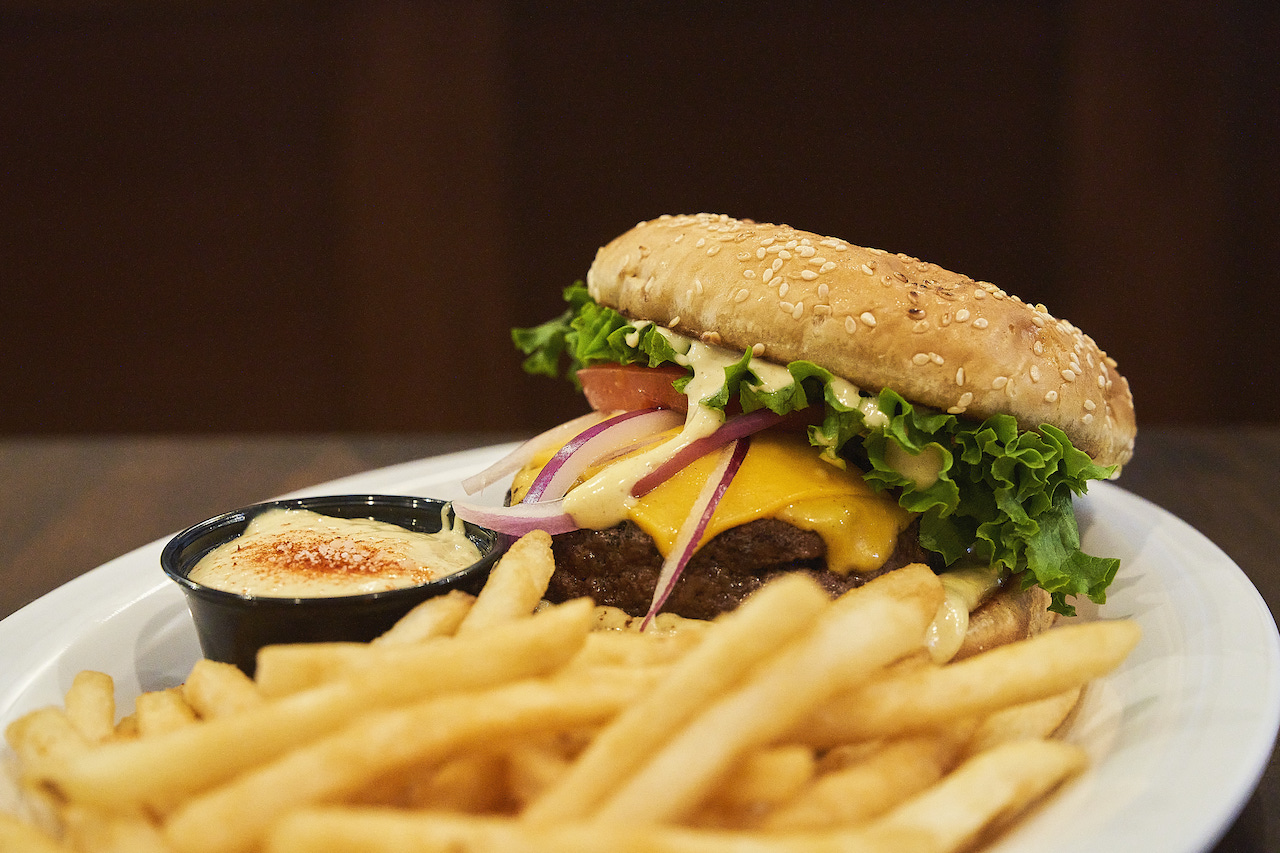 Restaurateurs Erion Permeti and Klaudio Pali are considerably gracious and accommodating hosts. Upon walking into their 3365 Indianola Ave. storefront, one could easily mistake the new Mediterranean street food restaurant Rodos European Grill as either of their homes.

Breathtaking photos of Rome and Acropolis greet you upon entry to the 1,400-square foot building. As you make your way toward the bar seating near the back, pictures of Munich, Tirana, and Budapest line the left side of the wall. Tirana, the capital of Albania, is where Permeti and Pali grew up before moving to Columbus around the turn of the millennium.

“There’s a lot of friendly people around this area,” said Pali of the Clintonville area. “Everybody’s always been nice, and it reminds us of Europe because there’s a lot of people that are walking, biking, and jogging [by], so it gives us that European feel.”

Calling Columbus home for the better part of the 21st century, Rodos’s co-owners Permeti and Pali both worked together at the nearby AT&T retail store—which is now Rodo’s.

“Since we worked on this street, we noticed that there’s not a lot of restaurants around this area,” said Pali, who added their collective restaurant experience—Permeti at Iron Grill BBQ & Brew and Pali at Red Door Tavern—made it a no brainer they would open their own place at some point. Their connections at both places — as well as to restaurants under the Jimmy V’s umbrella — has allowed them to bring in a team of talented cooks to build the menu.

“Our yeeros (gyros) and souvlaki would probably be our best sellers,” said Pali. “Since that’s the most traditional and most popular street food in Europe, I believe that would be here as well.”

Permeti and Pali will be bringing the island’s variety of “authentic and original” European street foods — such as yeeros (gyros) and donors (paninis) — to the Clintonville community at a reasonable price range of $8 to $10. Starters will include street food favorites such as tzatziki and kofta.

Most dishes are ready to plate in five to seven minutes, with meals like chicken and steak kebabs taking just a little bit longer at eight to 12 minutes.

The space will also include an espresso machine and smoothie bar.

As for the decision to call Clintonville home, it ties back to the duo wanting to capture the “homey” feeling of Mediterranean restaurants back home. The Clintonville community has been especially kind to Permeti and Pali, so much so that nearby TongDa Auto Service tremendously aided in the zoning process by lending extra parking space so that Rodos could qualify for its license.

“Everybody that lives in Clintonville and in this area is always willing to help one another,” said Permeti. “It’s hard to find that in a lot of these other communities, so that’s why it meant a lot to me to stay here.”

The parking lot allowed  for a less stressful pandemic-era opening as well. Rodos is utilizing its parking lot pick-up window and offering limited indoor seating for the time being and will focus on to-go orders following its official Dec. 1 opening. The restaurant will be open for lunch and dinner from 11 a.m. to 11 p.m.

As someone who grew up with a family owning a restaurant, Permeti cannot wait to bring that intimate vibe to Clintonville.

“It’s always been something that I loved being around, not just the food and the drinking,” said Permeti. “It’s always good to have that special place to go and meet another friend or meet somebody else and just hang out.

“Back home, that happens a lot because all you have to do is basically come down (to) the building and all of the restaurants are right there.”

For Clintonville residents walking, jogging, and biking down Indianola, Rodos is striving to do the same.