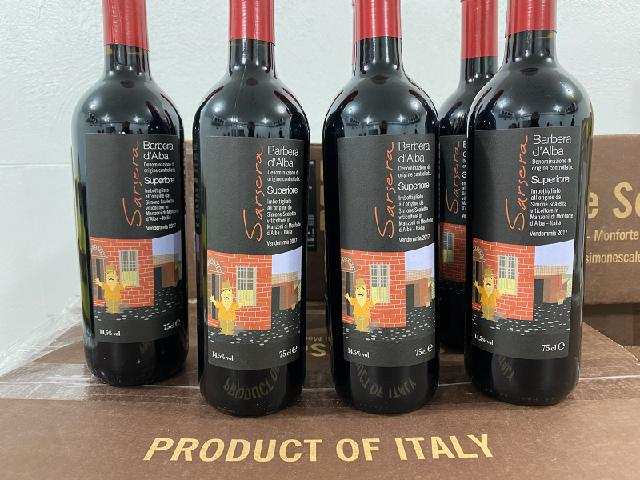 It’s amazing what a trip abroad can do. It can refresh, inspire, and even motivate you to start a new business venture with your pals.

While the bigger names on grocery shelves are well-known, the goal is to provide Columbus with the opportunity to sample wines from smaller, family-owned producers in Italy, said Chuck Lombardo.

“Unless you were in Italy, for the most part, you wouldn’t have the opportunity to experience them,” he said.

EDV’s warehouse is located at 4561 E. Fifth Ave., and the co-owners work directly with small wine producers in Italy, bringing their bottles to wine shops, restaurants, and grocery stores in the central Ohio area. Here in Columbus, the wines can be found at retail outlets including Quinci Emporium, Arena Wine & Spirits, and Carnardo Wine & Cheese.

The venture had its roots in a trip to Italy in 2019 that four of the seven business partners participated in. The guys traveled to Southern Italy to visit their grandparents’ hometowns and along the way tasted a variety of wines that hadn’t been imported to the U.S.

Pizzuto, who learned how to make wine from his great uncle, said EDV is looking to grow its sales team and introduce Ohio to uncommon wines. The portfolio will predominantly focus on Italy, but will expand into other countries.

“Wine is pretty fascinating,” he said. “I love hearing the stories of the winemakers,” he said.