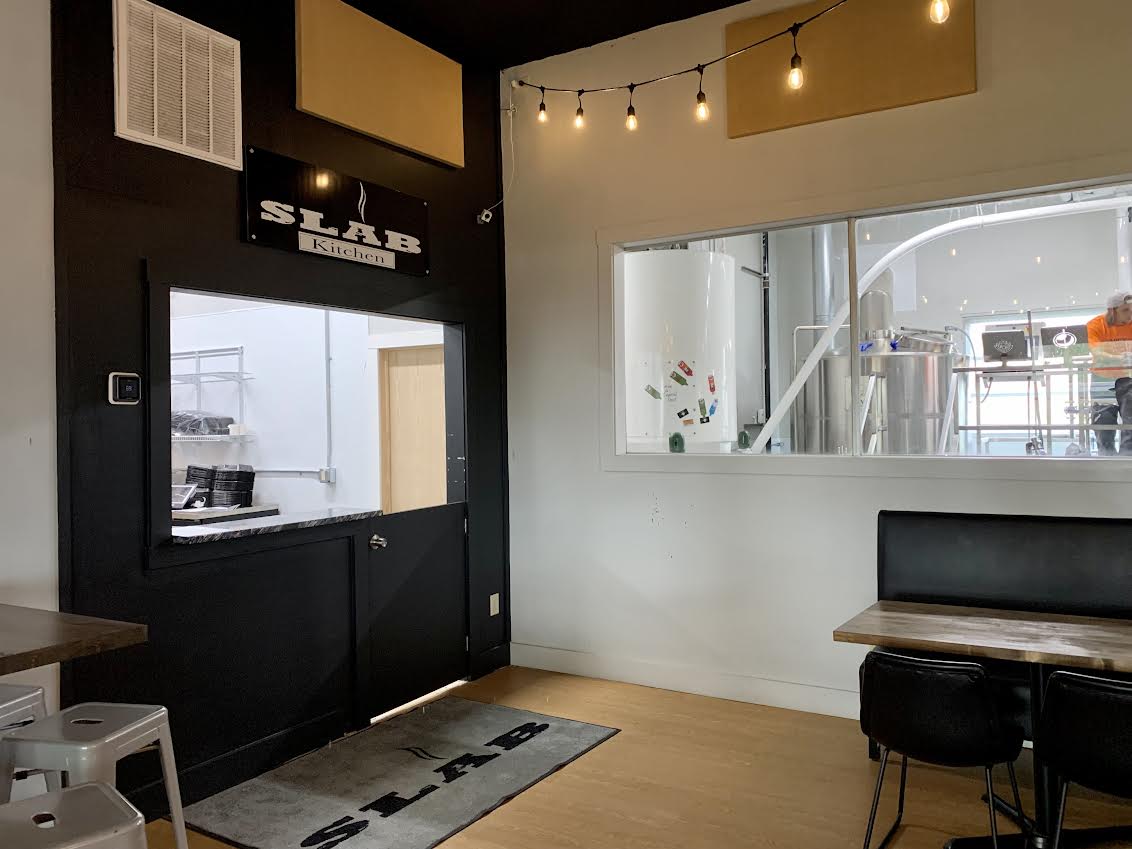 While the SLAB food truck has been a regular fixture in front of several local breweries for some time now, serving slews of hungry patrons, it’s about to call one of those spots its permanent home.

As of yesterday evening, SLAB has officially moved into Reynoldburg’s Eastside Brewing. Known as Slab Kitchen, it will operate inside the taproom, within a space that’s been fully outfitted for them.

“We’re excited, this has been in the works since March. It’s going to be a good thing for us and East Side Brewing,” said Bryan Nelson, who owns SLAB alongside his brother, Terron. “They were actually looking for a food truck to fill the space. The kitchen is small, so you have to be used to working in tight quarters.”

While SLAB will continue to serve up its signature ribs, burgers, and chicken, Nelson noted their new kitchen will let the budding eatery branch out as well.

“We’re looking at veggie burgers, a fish option of some kind, whether that’s fish tacos or a sandwich, and salads,” Nelson said.

What he’s most excited about, however, is the surety the move will offer to all of SLAB’s loyal customers. “It’s going to give our guests some sort of consistency as far as where we’re located. Instead of them trying to catch the truck or them traveling across town, they’ll know where to find us,” he said.

If you like this, read: Hot Mess Food Truck is opening a brick and mortar storefront