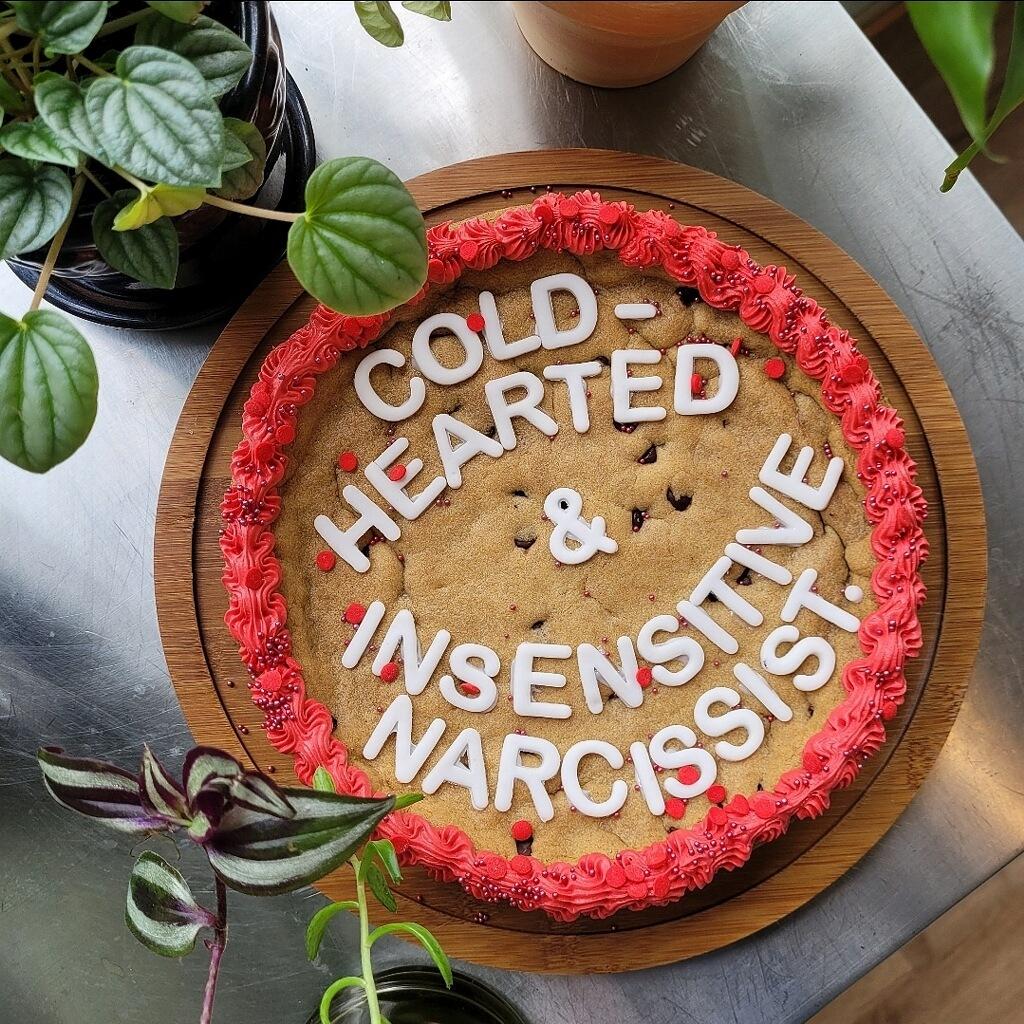 An idyllic border of pastel-green grass made from frosting borders the edges of a freshly-baked cookie cake, highlighted by a smattering of ornately-detailed flowers.

But the largest feature of this cake is its centerpiece, which reads: “You are F*cking Amazing!” in bold yellow lettering. Only on the real cake, nothing is censored.

This hilarious and weirdly inspiring message is just one of the many delicious profanity-laced creations coming from The Vulgar Vegan, a brand-new vegan home bakery that launched just last month.

“I love a good f-bomb,” says the owner of Vulgar Vegan, who prefers to remain anonymous. “I am a really strong proponent of the fact that people need to have the freedom to voice themselves, whether it’s in celebration of hard discussions, a part of the healing process, or just through funny stuff.”

And because freedom of expression sometimes means venting when and how we want, the new Columbus confectioner has also recently released cakes have featured slogans like “I want a Divorce,” “F*ck COVID,” and “Cold-hearted & Insensitive Narcissist”.

This means you can celebrate a birthday, remind someone they owe you $50, or just show some self-love in just about the funniest way possible. You can opt to use your own phrases, or let Vulgar Vegan take the wheel.

While the concept is truly funny—and their cakes are bound to get a room full of laughs at your next party of social function—the bakery aims to be much more than just loud or brash.

“Vulgar Vegan is a couple of things: freedom of expression, acceptance of hard concepts, and also just fucking claiming yourself,” they said, noting the bakery is a staunch support of trans rights. The company is also entirely vegan, with soy and gluten-free options as well.

Vulgar Vegan’s standard offering is a 10-inch sheet cookie cake. They also offer massive ice cream sandwich cookie cakes as well, and plan to sell other items such as brownie cakes and more in the near future.

You can order here. Pickup is free, and customers can even opt to have their vulgar cakes delivered for an extra flat $10 rate.

While Vulgar Vegan is testing how their unique concept is received, they haven’t ruled out a move to a full-time ghost kitchen in the short term, and even a storefront further down the road—no matter how many people they might offend along the way.