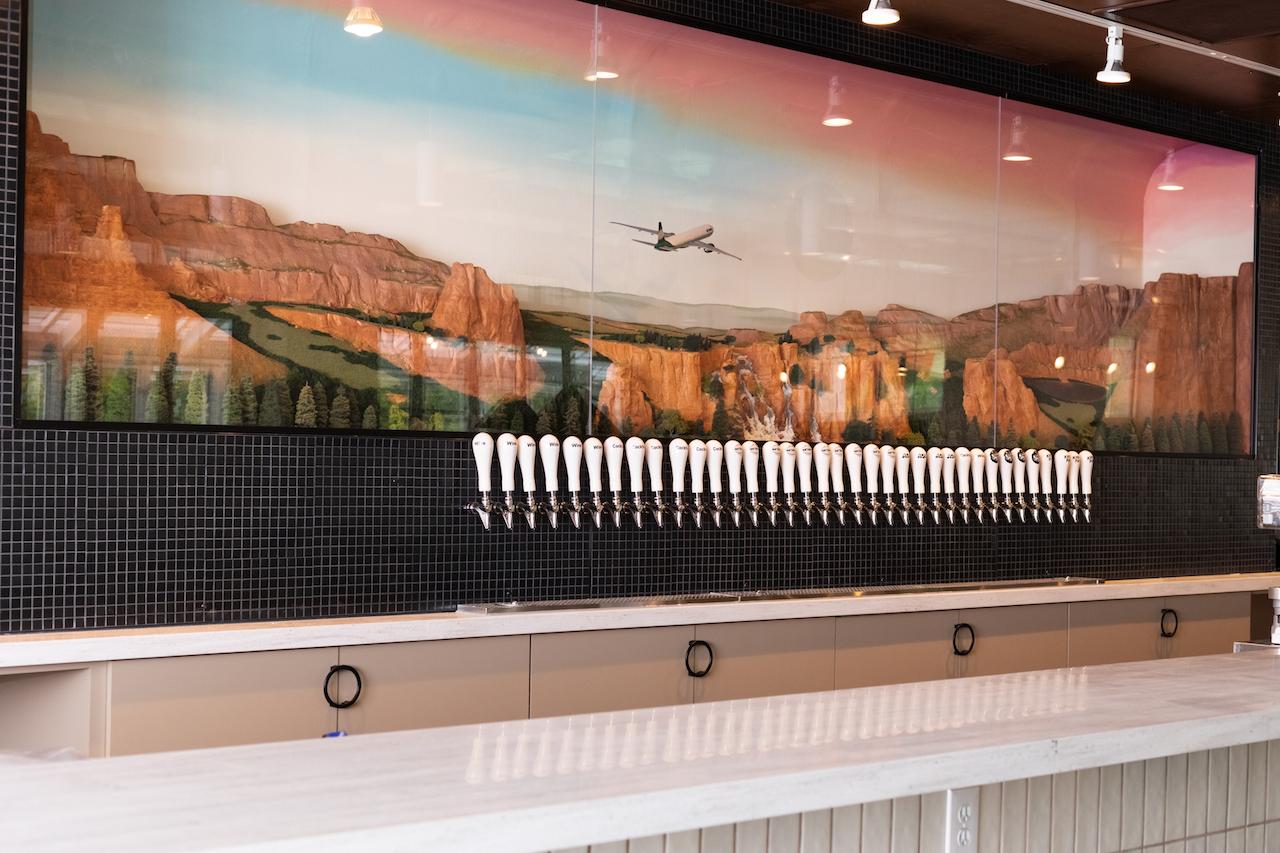 What do all the beers in this wide-reaching variety of styles have in common (other than the fact that you’ve likely never heard of them before)? We’ll tell you: Very soon, you’ll be able to drink them all at The Getaway Brewing Co., a wholly original and exciting world travel-themed new drafthouse at 104 N. High St. in Dublin’s Bridge Park.

Now with Getaway Brewing taking shape, you can call it a hat trick.

According to Seventh Son co-founder Collin Castore, the creation of the Antiques on High concept in 2018 was an invigorating, collaborative process for the company’s creative team, and they wanted to recreate the excitement and energy while brainstorming their next big venture.

“Thinking up Antiques on High was fun and seemed really natural; the idea is we were serving from this antique shop, thus antique, old-world styles of sour beer,” he said. “We’re lucky enough to have a bunch of creative, smart people, and we gave everybody a chance to riff on some really fun, cool, design ideas for the new brewery.”

And it wasn’t long after that the concept behind Getaway came together, playing off the fact that—after trudging through a pandemic that’s persisted for over a year at this point—we could all use an escape.

“We hadn’t gone as far as we wanted with traditional styles of beer from all over the world before, so there’s where Getaway came from. As in, your favorite beer from your favorite vacation,” Castore said.

Their sleek, 4,000-square-foot brewhouse houses 36 total taps, with everything from wine and cocktails to a full slate of brand-new beer. With several new fermenters, Getaway has planned to  brew some of its offerings on-site.

While beverages take center stage, the new Getaway Brewing facility is also highlighted by some truly original features you’ll need to check out in person.

“In the same way we riffed on the vintage aesthetic for antiques, we took on the concept of travel and new environments for Getaway,” Castore said. “Where Antiques is dark and cozy, Getaway is light and bright.”

The real star of the show comes from the building’s glass greenhouse patio, which is quite literally suspended over a ravine running through the property.

“We had to figure out how to tie in the structural steel of the building and make sure it doesn’t end up being too hot on a sunny day, but it’s really the thing about the space that spoke to us the most,” the Seventh Son co-founder said.

The other element that spoke to Castore and company was the building’s unique position within the Bridge Park complex. Located at the northernmost lot of the development, Getaway Brewing is set apart from the rest of its neighbors, bestowing an original atmosphere that’s about as on-theme as it gets.

“In the furthest north spot like we are, there aren’t other buildings we face against. It doesn’t feel like you’re in Columbus,” he said.

And he’s right. When you’re there sipping an exotic beer on a strange, exciting new patio, it feels—if just for a little while—like you’re somewhere else.

It feels, you could say, a bit like a getaway.