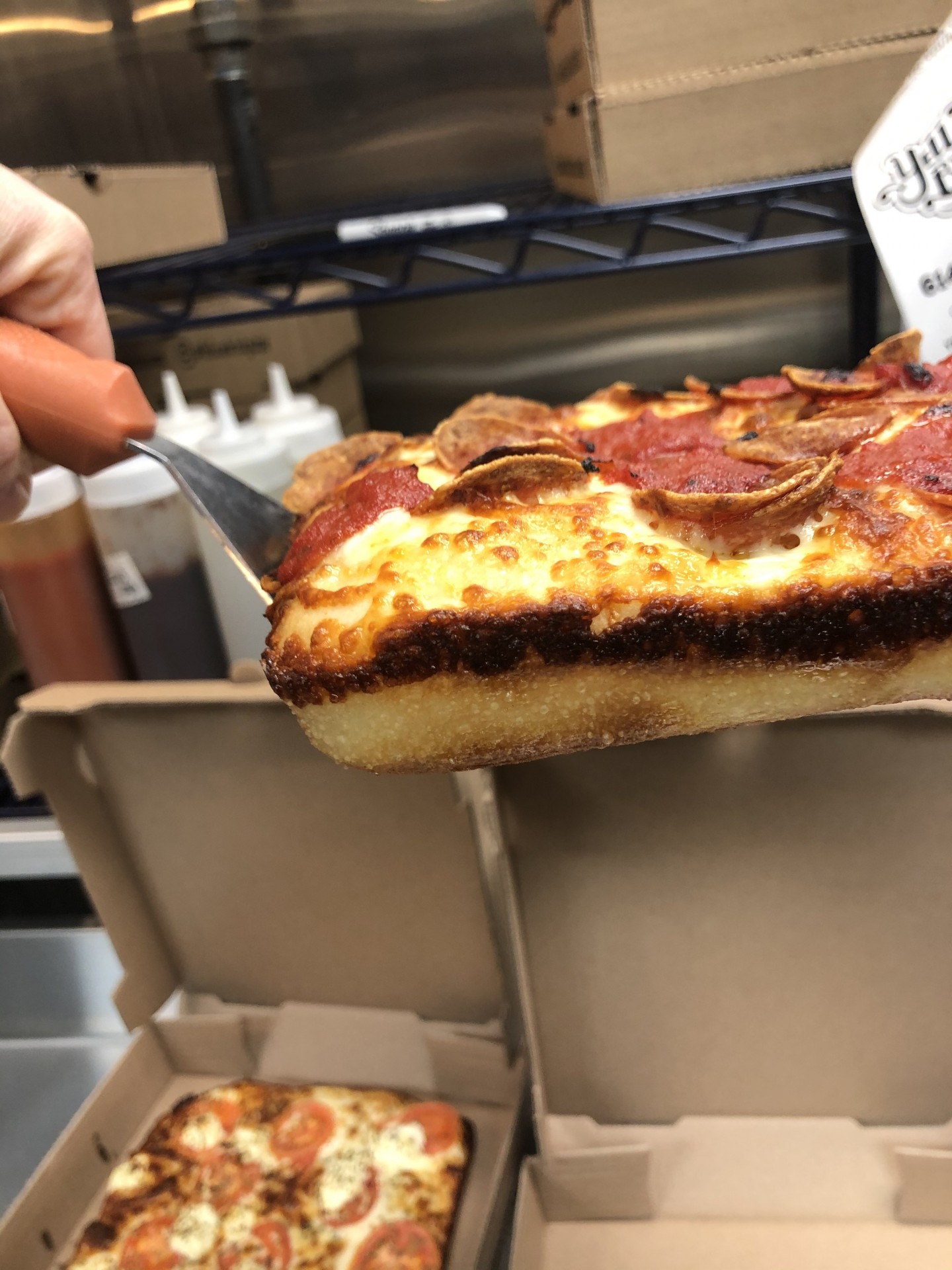 You’ve heard of New York Style pizza. Chicago pizza. Sicilian. Since you’re reading this, you’re more than likely familiar with the thin, square pieces of Columbus style pizza as well, and some may even be familiar with regional deep cuts like the Brier Hill or Ohio Valley styles.

One variant you definitely haven’t heard of, though, is Tiger Style pizza.

Beginning March 6, Yellow Brick Pizza will be releasing this new pizza at a series of pop-ups slated to take place at Short North Tavern every Saturday, Sunday, and Monday in March. This week’s pop-up will run March 6, 7, and 8; with the next scheduled for March 13, 14, and 15.

According to Yellow Brick co-owner Faith Pierce, Tiger Style pizza borrows elements from both Detroit and Sicilian pies, but is unique enough to not fit neatly into either category.

“It’s thick-crust and square, but Detroit pizza traditionally has Wisconsin brick cheese served on top, and after taste tests we settled on provolone,” Pierce said. “And even though the crust looks a lot like Sicilian pizza, it’s not as dense; it’s lighter and fluffier.”

Yellow Brick also opts for their thicker, basil-heavy Chicago sauce on these pies, another distinction from the Sicilian style.

Like so many iconic food inventions before it, the creation of Tiger Style pizza, according to Pierce, was something of an accident.

“My brother was working for me at the time, and he decided to make a pan pizza for himself. He ended up putting a medium portion of our standard pizza dough into one of these circular Chicago-style pans we had lying around, and we all loved it,” She said, noting that the eatery now opts for (8”x8”) square style pans, although this change is mostly an aesthetic one.

And as for the name, Yellow Brick wanted something that would be both new and fresh, but still unique to their pizzeria.

“We’ve had a tiger in our branding for a long time now. Back in the day, one of our employees drew up this tiger that we really liked, so we bought it from him and incorporated it. We even have wooden tigers as decor in the shop, and we have t-shirts with tigers on them,” Pierce said. “We wanted something that we could associate with our brand that isn’t exactly our brand.”

And as Tiger Style pizza is typically made in a convection oven instead of a brick oven, it made the new style a perfect candidate for their upcoming pop-up with Short North Tavern. According to Pierce, these March pop-ups will serve as a test run for the new pizza, to see whether it should become a full-time menu item or not.

So make sure to grab one (or 10) of these new pizzas while you can, because there’s a chance it will slink back into the shadows by the end of the month.