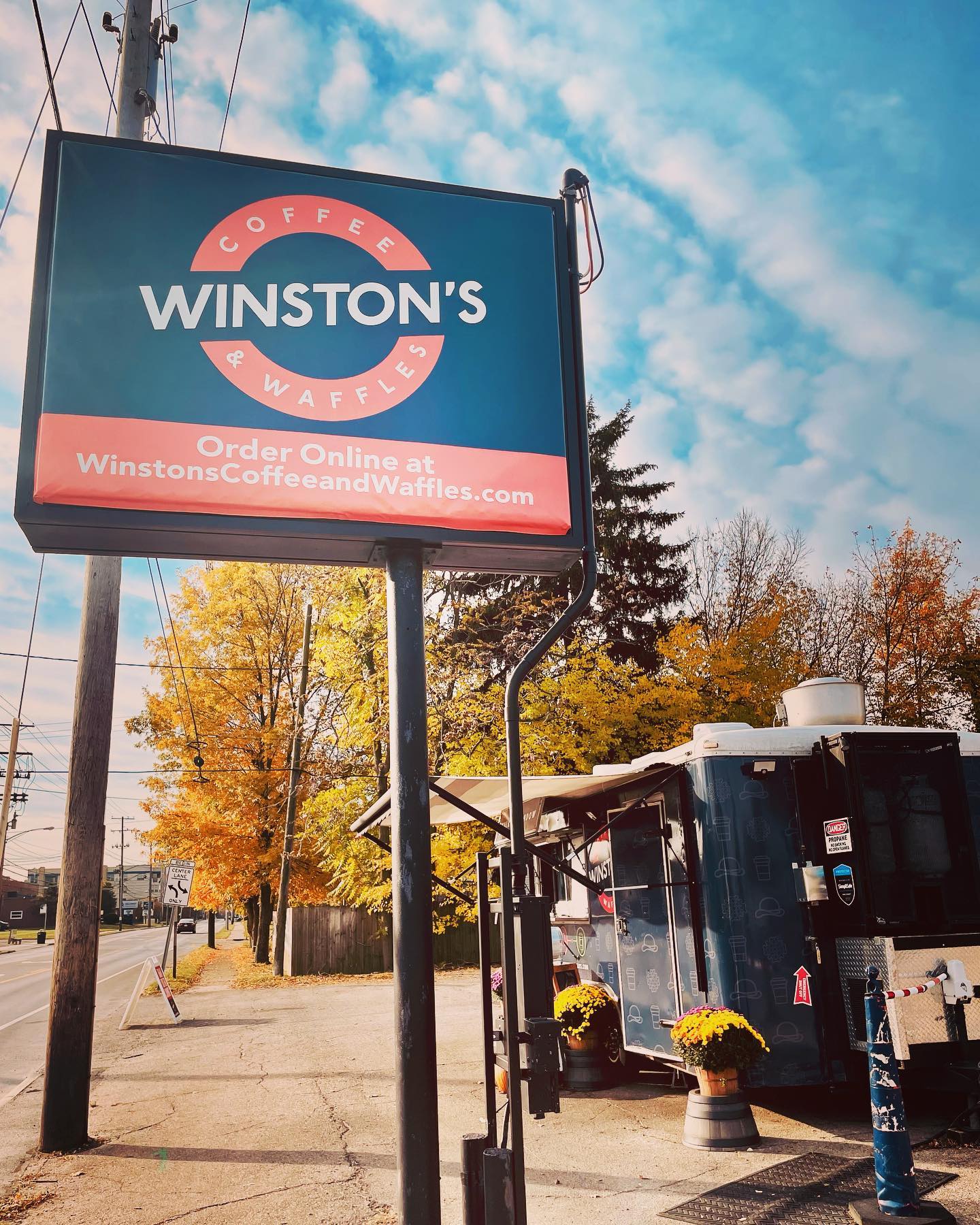 Update: The customer who attacked a Columbus restaurant employee has been caught, eatery says

Like La Pablonita’s and Caribe Sur, the two Columbus food trucks that were stolen and stripped last weekend, the popular Cintonville truck Winston’s Coffee & Waffles was almost among them.

Winston’s owner Steve Elshoff was asleep in the early hours of Dec. 4, when Winston’s security system (the truck is regularly parked at 3596 Indianola Ave. in Clintonville and) alerted him that the truck’s power had been disconnected at 2:30 a.m.

“I don’t live too far away, so I was able to make it there by 2:39, and all of the decorative plants and shrubs next to the truck had been thrown around. The truck was unplugged from its power source, too” Elshoff said. “At first I just chalked it up to vandalism, and didn’t think much of it.”

The news of the two other food trucks being stolen prompted Elshoff to inspect Winston’s trailer hitch, where he noticed a new detail: Someone had tried to saw through his trailer’s lock. At this point, he had pieced together that the trespasser’s intentions was most likely darker than he originally thought.

“After I learned that [La Pablonita] was stolen, it started to make more sense, they’re located just up the street,” he said. “I think they were moving the bushes and shrubs away from the truck so they could pull a car to tow mine away.”

He believes his ability to get to Winston’s so quickly after the alarm is likely what scared off the intruder.

In response to the event, Elshoff added several new security features to Winston’s Coffee & Waffles. Not only have cameras been installed around the lot Winston’s is typically parked in, he’s also added an upgraded trailer hitch, as well as a boot, so the truck can’t be driven away.